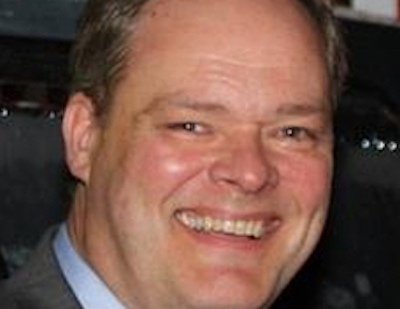 Whitbeck throws his weight around in Henrico

Most of the time, Henrico County Republican politics haven’t gotten much attention from anyone outside of those directly involved, with some notable exceptions, like the 2011 Commonwealth’s Attorney race that some may remember.

That changed in 2014, with the political earthquake surrounding Eric Cantor‘s historic primary defeat by Dave Brat. Although local politics in Henrico haven’t made a lot of headlines around the Commonwealth since then, the heat between the Cantor Family and the Brat Pack has been constant, manifesting itself in entrenchment of the Conservative Fellowship and Brat’s team, and the birth and subsequent struggle for relevance of the Virginia Conservative Network (VCN), an organization whose members have been called the veritable Who’s Who of the Richmond establishment via other writings on this site.

That heat has been simmering for most of two years, and as it comes to a boil, Henrico is again in the news with the VCN team attempt to exact their revenge on the usurpers.

But wait…there’s a twist.  It’s not Mike Thomas, Linwood Cobb, or Donald Williams who are out front and leading the cry of revenge, but apparently Republican Party of Virginia Chairman John Whitbeck and the party’s Executive Director, John Findlay, who have given a huge boost to “establishment” candidates in Henrico and elsewhere in the Seventh Congressional District.

To understand the story, you have to first understand who the players are.

There are two major intra-party battles going on in Henrico at the moment. The first is the race for Henrico County Republican Committee Chairman between Tea Party-favorite, radio personality, and Republican volunteer, Jim Herring, and the “establishment” favorite, Eddie Whitlock, a longtime Henrico GOP executive committee member, attorney, and former State Senate candidate for the seat currently occupied by Senator and Walter Stosch mentee Siobhan Stolle Dunnavant.  The lines for that race have been clearly drawn, with the base of support and endorsements for Jim Herring coming largely from “ The Brat Pack,” local Tea Party members and leadership, and Herring’s large personal network around the county, and Whitlock’s support coming from Henrico Executive Committee members and elected officials, chief amongst them being Dunnavant, whose general consultant, Chris Jankowski, currently shares an office with Cantor consultant, Ray Allen.

As per usual, the camps are generally divided between those who support conventions (Herring’s folks) and those who support open primaries (Whitlock’s). I have already written my opinion regarding that particular debate.  The election for Henrico Chairman will occur on Tuesday evening, at Deep Run High School. Doors will open at 5:30pm and the meeting will be called to order at 7:00 pm.

The second race is for the three State Central Committee (SCC) members to be elected by the Seventh District Convention on May 21st, at which the Henrico County delegation will have a significant weighted vote.   There are three different positions and the six candidates have aligned themselves into two separate tickets, again per usual, along convention vs. primary lines.

Candidates for SCC in the Seventh District include: Jason Eige of Henrico, a former McDonnell administration official; Alec Thomas of Chesterfield, son of RPV Vice-Chair Mike Thomas and most recently known as an employee of the VCN and of Henrico Sheriff Mike Wade’s attempted primary challenge of Rep. Dave Brat (in which Wade quit the race after the Seventh District Committee selected a convention instead); and Marie Quinn of Chesterfield, a SCC incumbent and the only member of this ticket that has been a true Republican volunteer.

On the Fellowship/non-establishment side we have Ron Hedlund, an original “Brat Pack” member from Henrico; long-time Tea Party and GOP activist Dewey McDonnell of Culpeper; and Goochland County Board of Supervisors Member, The. Hon. Susan Lascolette.

Whitbeck, for his part, was first elected as a pro-convention candidate endorsed by the Conservative Fellowship.  He is now running unopposed after the abortive candidacy of Vince Haley ended a month ago.

The story first broke via the John Fredericks Radio Show on Friday, and became larger and more detailed over the weekend via the leveling of allegations, and exchange of evidence, on social media.  The core charge comes from SCC Candidate Ron Hedlund, who has alleged that Whitbeck and Findlay have been paying staff to recruit delegates from Henrico to the Seventh District Convention, and paying those delegates’ mandatory filing fees for them, to the tune of at least $3050.

For their part, Whitbeck and Findlay have confirmed that they have been working to recruit and pay for delegates to the Seventh District Convention, and numerous sources have told us that they are doing so as payback for Hedlund’s having supported the candidacy of Vince Haley to unseat Whitbeck (a candidacy that barely got airborne before Haley suspended it).  When asked, Whitbeck vehemently denied the suggestion that any Republican Party money was used in the effort, and said the money is leftover from his campaign.

Hedlund says that at least one staffer assisting in this effort, Josiah Alway, identified himself on the phone with prospective delegates as working for “RPV Chairman John Whitbeck” and “RPV Executive Director John Findlay,” leading those voters to believe this was something orchestrated by the party itself.

Even more interesting, Hedlund has alleged that the effort led by Whitbeck was undertaken in concert with Dunnavant’s efforts to back Eddie Whitlock.  A voicemail left on my phone lends some credence to this suggestion, when Josiah says that he’s calling in support of Eddie Whitlock (whose election is at the Henrico mass meeting)  to turn out delegates to the district convention, where Mr. Hedlund’s election is to be held. (In this recording, Josiah did not name any district-level candidate).

Whitbeck denies any involvement with the Henrico Chairman’s race, and no further proof of coordination has been offered.

In a statement by Whitbeck provided to The Bull Elephant by John Findlay, the Chairman says that, “The reason I oppose Ron is quite simply because I believe he does not have the character or temperament to serve on State Central.”  The statement goes on to allege that Hedlund openly opposed Ed Gillespie in the 2014 U.S. Senate General Election.  Whitbeck’s full statement, which makes no reference to Hedlund’s support for Vince Haley, can be found here.

To recap the facts, here’s what we know:

1 – The young man working for Whitbeck is Josiah Alway from Berryville. He’s worked for John Whitbeck and David LaRock on campaigns in the past. Josiah is making calls to people in Henrico County in order to encourage them to file for the 7th District Convention.

2 – Josiah Alway is also making calls to people in Henrico County and is specifically mentioning Eddie Whitlock, the establishment candidate for Henrico Chairman.

3 – Josiah is working for Chairman Whitbeck under the direction of John Findlay in some capacity.

4 – No Party funds have been used to pay for these GOTV and delegate collection efforts, though clearly the attention of the Chairman and the Executive Director have been distracted from fundraising, outreach, and preparations for November.  Also it seems unlikely that none of the business of this effort was conducted at RPV Headquarters, using RPV phones, RPV email, etc., so there is probably some truth to Hedlund’s accusation that party “resources” were used in this effort. [Nb: Both Findlay and Whitbeck dispute this statement, and contend that it is false that any of this effort used RPV headquarters, phone or email.]

5 – This behind-the-scenes effort by the state party chairman is likely aimed at one individual, Ron Hedlund, more than any other, but it will also materially advance the interests of candidates running against Whitbeck’s ostensible allies.

We’ll stay on top of this story and update our readers with any new developments, starting with tonight’s Henrico County GOP mass meeting.

Whitbeck throws his weight around in Henrico was last modified: March 22nd, 2016 by Aaron Gulbransen
46 comments