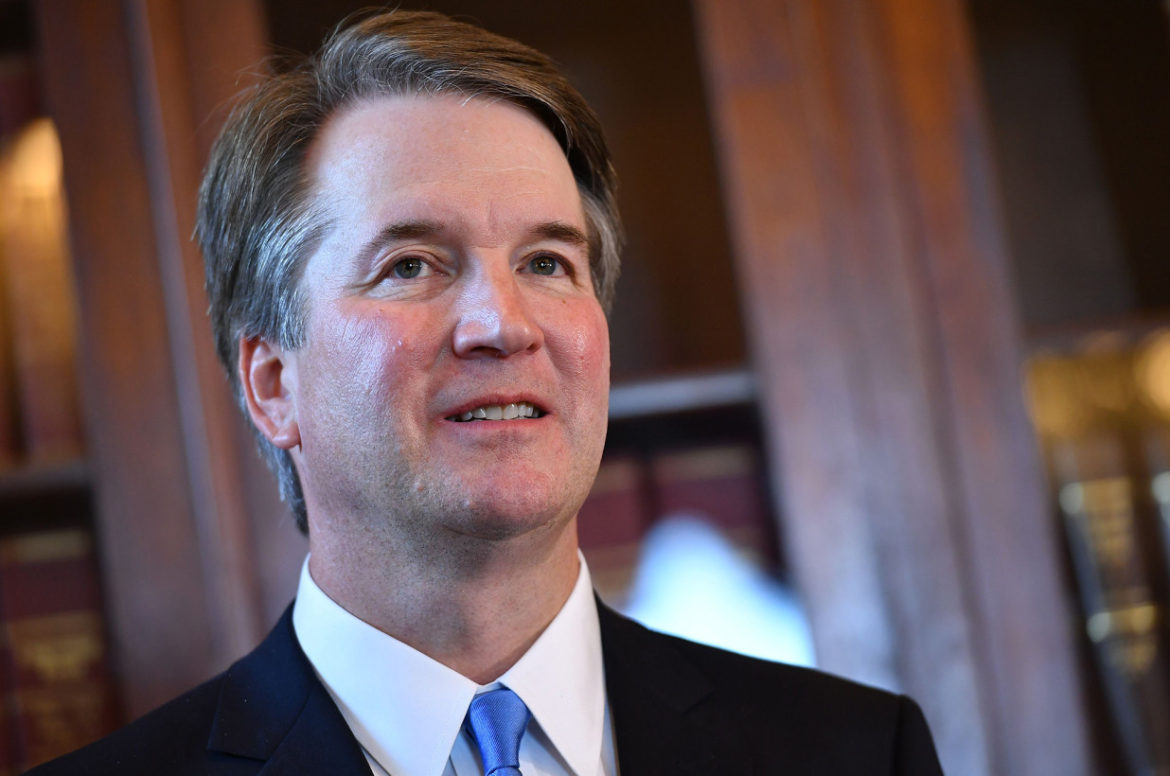 Who Fears the Constitution?

When President Trump nominated Brett Kavanaugh to the Supreme Court on Monday, the political left was ready for him. Not specifically him, but any person whose name might pass the President’s lips.

The organized left’s issues with anyone the President nominates doesn’t have one thing to do with the nominees themselves or even resistance to everything Trump. It does have everything to do with the Constitution itself—a document they seem to believe must bend to accommodate their political ends rather than preserve legal continuity, limited government, and individual liberty. As written, liberals fear the Constitution.

While some of the anger aimed at Kavanaugh’s nomination to the Supreme Court is predictable partisan demagoguery meant to placate the liberal activist base, still, most Democrats were planning on going ballistic to any pick because any constructionist interpretation of the Constitution is radical in their eyes.

Remember, the Democratic Party of 2018 relies exclusively on the administrative state forcing complicity as a policy tool—forcing people to join political organizations (unions), forcing them to support/fund abortion, forcing them to create products or provide services in circumstances that undermine their faith, and so on. This scares liberals to death!

Closer to home, former Virginia Gov. Terry McAuliffe piled on the abrasive rhetoric we’ve come to expect from Trump critics, claiming that Kavanaugh would “threaten the lives of millions of Americans for decades to come.” That is dramatic demagoguery at its extreme.

“Specifically,” presumptive presidential candidate Kamala Harris opined, “as a replacement for Justice Anthony Kennedy, his nomination presents an existential threat to the health care of hundreds of millions of Americans.” A Constitutional scholar she is not, because the Constitution does not enumerate health care as an unalienable right.

What Harris most definitely means is that the Constitution, as written and interpreted using common sense, is an existential threat to the Obama-era practice of forcing Americans to purchase health care in the private marketplace against their will.

As a side note and point of reference, Kavanaugh, as an appellate judge, upheld Obamacare for jurisdictional reasons even though he was against it on policy grounds (he opined that Obamacare, as policy, was without “principled limit”). He upheld it because he has far more reverence for the law or precedent than Ms. Harris does.

Everyone’s favorite Socialist Bernie Sanders, whose collectivist doctrine clashes directly with the U.S. Constitution’s goal of restraining the state and empowering the individual, bemoans the potential impact of a conservative Court to “workers’ rights, health care, climate change, environmental protection and gun safety.” And well he should. He should fear the Constitution.

Democratic Sen. Kirsten Gillibrand, another liberal presidential hopeful, suggests Kavanaugh “can’t be trusted to safeguard rights for women, workers or to end the flow of corporate money to campaigns.” To ‘safeguard’ of course means unrestricted access to abortion with a public funding component.  Gillibrand also bemoans the “flow of corporate money”—specifically, the right of free speech expressed by the Citizens United decision should be unceremoniously discarded. There is absolutely no Constitutional principle to support any of this other than liberal political expediency.

It is important to note that the Democratic Party is at a low point nationally with fewer elected Democrats than ever before. As a result, Democrats cannot implement their agenda the way the founders intended—at the ballot box. If Democrats want to import more Democratic voters through immigration, they should change the law to allow more immigrants, rather than encourage foreign families to break our laws.

Over the last several decades, liberals have relied on the courts, rather than legislative initiatives, to implement their agenda. To impose ‘San Francisco values’ on the nation as a whole through judicial fiat is an ‘end run’ around the Constitution. This is where Justices like Gorsuch, Roberts, Thomas, Alito, and potentially Kavanaugh rub liberals the wrong way. Because they are Constitutional scholars and bound to enforce fidelity to that precious document they love, they do not fear the Constitution.

Justices Ginsberg, Sotomayor, and Kagan use their knowledge of the Constitution to undermine it, to pervert it, and to delegitimize it as the divinely inspired document that it is. They relish in the concept that the Constitution should be a slave to the fickle will of liberal politics or progressive populism.

This interpretation was championed by Barack Obama, who in the 2008 presidential campaign promised to nominate justices who shared “one’s deepest values, one’s core concerns, one’s broader perspectives on how the world works, and the depth and breadth of one’s empathy.” This perversion of Constitutional values would permit judges to arbitrarily create law and subordinate their Constitutional duty to their personal political worldview.

History makes clear that left unchecked, it is the nature of government to erode the liberty of its citizens and eventually become a major violator of the people’s rights. Over the centuries, the limitations of our federal government’s power imposed by the Constitution have been worn down.

Preservation of Constitutional government requires a restoration of the balance of authority between the federal government and the states as provided in the Constitution itself and as intended and designed by those who framed and ratified it.

I believe we are edging closer to having a Court that will steer us back into the safe waters laid out by the framers. The Supreme Court’s protection of the Constitution and individual freedom must be immutable. Justice Kavanaugh will be a welcome cog in the wheels of Supreme justice.

Who Fears the Constitution? was last modified: July 12th, 2018 by Frank McDonough

Those who do not understand and know the Constitution.

(Esp. Those who feel that this requires a bureaucrat, wizened sage, or legal scholar to interpret it for them.)

I agree with everything in the article except for the last paragraph.

All the Kavanaugh pick will do is maintain the status quo. He’s Kennedy 2.0.

Its not a crime to try to be optimistic while It’s ‘fingers in the dike’ time for the Republic.