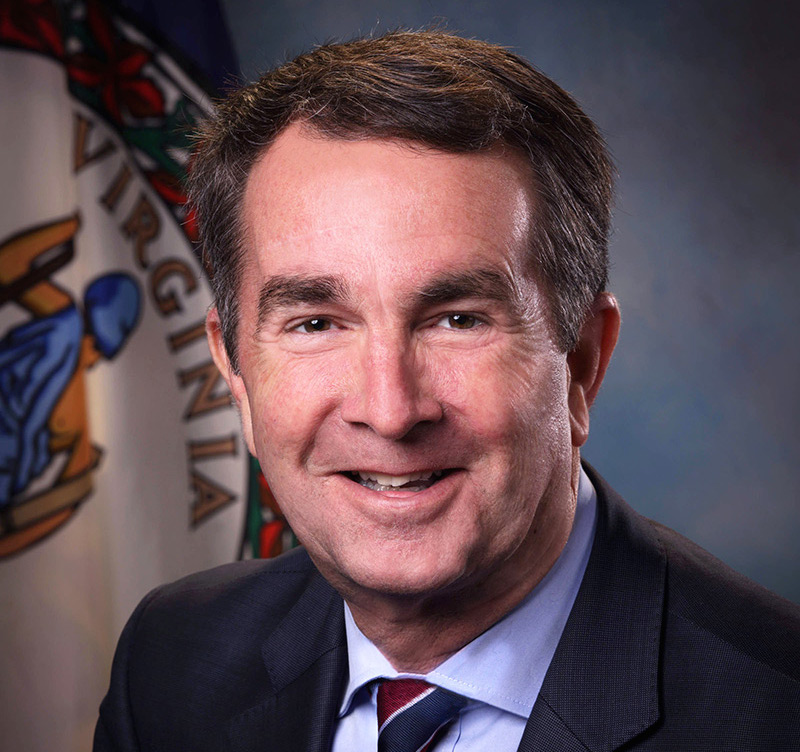 Who Has Ralph Northam’s Ear?

Why appoint a task force if you’re going to ignore its recommendations?

On April 24, the governor merrily announced the formation of a “diverse” 24-member “Covid-19 Business Task Force” to advise him on how to safely reopen the commonwealth. The group included owners of a brewery, a vineyard, a bakery, a campground, a gym as well as representatives from Kings Dominion, the Hampton Coliseum, Walmart, the hospitality industry and others.

“These are Virginians who are thinking every day about how to protect the health of their staff and the communities in which they operate,” boasted Northam at the time. “They understand that our public health and business interests are aligned—we must take measures that both ensure the safety and confidence of consumers and prevent the spread of disease. Their input will continue to be critical as we plan a safe, consistent, successful path forward.”

As it turned out, their input was neither critical nor heeded.

According to The Richmond Times-Dispatch, a number of task force members were as shocked as the rest of us when they saw Northam’s rules for reopening that were unveiled last Friday.

For instance, Northam decreed that restaurants with outdoor dining could reopen, but indoor dining would remain shuttered.

Restaurant owners who had come up with detailed plans to make indoor spaces safe were livid.

“The recommendations were to socially distance tables, total sanitization protocols before and after guests, no bar service, no standing, and reservations strongly encouraged. It was also discussed that there would be no gathering inside the premises, no party sizes larger than 8, and all servers to wear masks and gloves,” Thompson, a member of the governor’s task force, told the TD.

“Outside dining was never mentioned much less restricting dining to only outside. That was a total surprise to the task force members.”

Talk about picking winners and losers. Seems restaurants without patios are now destined to go broke.

In an interview with The Washington Post, Thompson said he’d been in daily contact with the governor last week and was floored by Northam’s decision to keep the beaches closed.

“On Friday night, I asked him what the hell happened,” Thompson fumed, “ and we haven’t had a lot of conversation since then.”

At his press conference last week, Northam was asked about his curious decisions and the governor brushed off the question with his trademark arrogance.

“Collectively, we have made that decision. Rather than relitigate that here, that’s the decision we’ve made.”

It’s not just the task force that was left out of the process. The governor hasn’t been huddling with city leaders much, either.

Virginia Beach Mayor Bobby Dyer told me that the last one-on-one conversation he had with the governor was on March 30, hours before Northam announced that he was restricting access to the beaches through June 10.

Dyer said that during that phone call he pleaded with Northam not to close the beaches altogether.

After requesting an in-person meeting with Northam, Dyer and other Beach officials and Thompson were granted a video conference with the governor last Thursday. They presented him with detailed plans to reopen the beaches safely.

“He seemed comfortable with our plans,” Dyer told me.

The next day, however, Beach officials were flabbergasted to learn – from watching Northam’s press conference – that the beaches would remain closed to sunbathers. As usual, they were not given a heads up about the governor’s decision.

Someone needs to remind the intransigent Northam that Virginia Beach is the commonwealth’s largest city and its lifeblood is the tourist industry. Local leaders have a better grasp of the situation than the governor does from Richmond.

The Beach shouldn’t have to wait to open its beaches until Fairfax brings its numbers under control or the Eastern Shore solves its chicken plant outbreaks.

There’s another reason Northam ought to listen to Bobby Dyer. Not only was Dyer just named one of the top three mayors in the nation by Newsmax,but he has a unique perspective on the plight of the newly unemployed.

He’s one of them.

Dyer was furloughed three weeks ago from his job with Encompass Health Systems, where he was an in-home physical therapist. Northam’s ban on elective surgeries was one of the factors that helped devastate the PT industry.

To stay financially afloat until the need for physical therapists resumes, Dyer says he’s had to liquidate a retirement account to augment his modest mayoral salary.

Not that he’s complaining.

“My problems pale in comparison to so many other people in Virginia Beach who are really struggling,” Dyer said somberly.

Dyer and Northam are set to speak by phone Friday morning, perhaps to come to some sort of compromise on opening the beaches before Memorial Day.

Let’s hope the plan does not include anything insane like requiring masks on the beach.

If history is any predictor, the mayor and stressed-out Beach business owners will learn the fate of the city’s beaches by watching the governor’s Friday press conference.

This is no way to run a commonwealth. No wonder Northam was one of four governors given a failing grade for his response to the Covid-19 crisis by The Wall Street Journal.

Read the comments on this article at Kerry’s excellent blog, here.

Interested in “Virginia’s Sloppy Prisoner Release Plan”? Kerry is too and she has a good article about it here.

Who Has Ralph Northam’s Ear? was last modified: May 15th, 2020 by Guest Contributor Kerry Dougherty