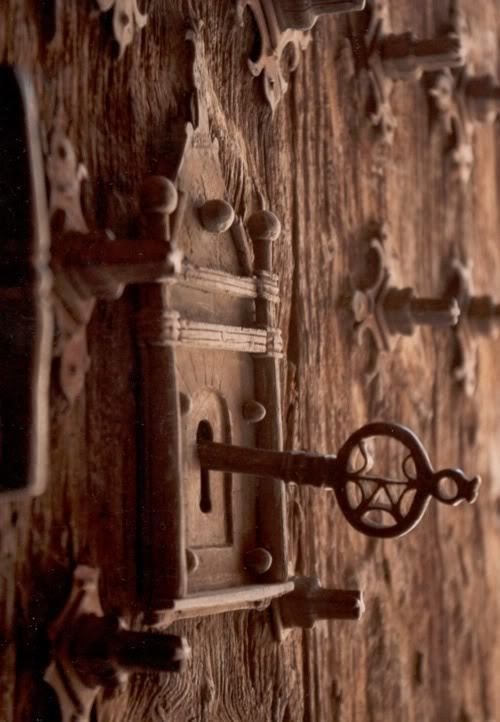 Who Holds the Keys to Conservatism?

Ronald Reagan ignited my real interest in modern conservatism based on his remarkable and detailed radio broadcasts, and his passion for political philosophy drawn from the Greeks forward, and modern conservative thought from Burke forward.

I had read most of them as a dispassionate student, but Reagan drove me deep into them, establishing the bedrock upon which to erect a coherent political philosophy.

Likewise, when I came to the Christian faith later in my life, I went straight to the Bible for my spiritual inspiration and truth, which then drove me deep into the source material of the faith’s historical assent.

But I would never claim to be the final authority on modern conservatism, only a serious student; nor would I ever dare suggest that my Christian studies have advanced me much further than a young child in the faith.

All of this is to say that when I listen to Speaker Paul Ryan (R-WI), Leader McConnell (R-KY), or the various other “offended” Republicans who are wobbly in their support of – or who are not supporting at all – Donald Trump, and basing that displeasure on their ownership of what conservatism is or isn’t (or what “American” values are, or aren’t), I get mighty confused and anxious.

I didn’t get the memo that assigned them as the arbitrators of what conservatives stand for.

In earlier articles I’ve asked a simple question; who made unbridled, helter-skelter immigration policies flooding the nation with second and third world immigrants – many of whom show little to no interest in assimilating into the broader American culture – a conservative value? Why is funding 300,000 more Syrian Muslims into the U.S. a conservative value?

And who decided on Globalism for us? When did that occur? Why are one-sided trade pacts written by trans-national corporate lobbyists and bureaucrats now sacrosanct articles of “free trade” when it is obvious that they are “managed corporate trade” at best?”

Why is the acceptance by these “conservatives” in our leadership, especially our Governors and our Congress, of clearly illegal and unlawful Executive Orders by President Obama now a matter of conservative principle? Or simply rubber-stamping Obama’s radical spending plans? When did that happen? Or who decided that during the Presidency of George W. Bush massively increasing the size of government and the intrusion on the lives of free citizens, was conservative?

If you ask me from my “conservative” perspective, these are not, and never have been, conservative principles. Conservatism has been hi-jacked, or misinterpreted, or both.

One small example of how confusing all of this can be:

Speaker Ryan this week announced with much fanfare a 35-page report from the Congressional GOP “Task Force on Poverty, Opportunity, and Upward Mobility.” It contains many ideas that most of us would agree with about families and jobs being the critical link in poverty and what we can do about it.

But here is the rub:

The Speaker and the Congress are allowing the U.S. to be flooded with illegal immigrants which has driven down wages in low-skilled industries (especially hurting minorities) and want to massively increase the number of “refugees;” the Congress wants to greatly increase H-1B visas that allow U.S. companies to fire existing American workers and replace them with low paid foreign workers on temporary visas; and the Congress has before them the Trans Pacific Partnership agreement that will allow foreign corporations to determine who they can bring into the U.S. to work, without restrictions.

We already know that a majority of first generation immigrant families are on public assistance; so, if we want to fight poverty, why would we at the same time want to import much more of it? Is that a conservative value too?

And we have a lot of folks “shocked” about Trump’s suggestion to at least temporarily halt immigration from Muslim countries, “until we know what we’re doing and who is coming.”

His critics, both Republican “conservatives” and Democrat “socialists” (but I repeat myself), are aghast; “un-American; not American values;” blathering on and on. Really?

This is absurd, of course. America has routinely stopped immigration from selected countries. It is not only legal, it has been done by President Obama himself! The U.S. has also had a complete halt to virtually all immigration for fifty years in the last century; and yes, we deported millions of Mexican nationals in the Eisenhower years.

Trump is not to my mind a classical conservative; however, neither was John McCain or Mitt Romney. And, frankly, on a scale of 1 to 10, it is hard to make the case they were even as conservative as Trump is.

But, a handful of “real conservatives” are in charge, evidently, of this definition. And they are now distraught, lecturing many of us (who have been at it a lot longer than they have, by the way) on what we can and cannot say, what we can or can’t believe to be a conservative.

But the redefinition of ideas is a cottage industry today, and not only in politics, but with religion as well. Some prominent evangelicals have endorsed Trump, and, excuse the word picture, all hell has broken loose.

What is an evangelical today? Depends on whom you ask. What is orthodox now? Apparently anyone who claims to be. Ask the Episcopalians.

And not to be outdone, business and education are going through the same crisis of identity and definitions, where what something means one day, may not be applicable the next (who can use what bathroom as an example); where what issue or celebrity or politician you support can directly affect the bottom line.

It’s enough to give you a headache, no?

We live in an age where anyone with access to the internet gets to be an expert. That impulse bleeds into the society and culture at large. Personal assertions, passions and impressions begin taking the place of facts and ideas based on ancient wisdom, history, experience and simple right and wrong.

Theologian and social critic Os Guinness in his wonderful book, Fool’s Talk, writes that we live in the “new age of the self and selfies,” and “I post, therefore I am.”

As one who posts, that thought cuts a little too close to the bone for me; but it’s an apt description of the new world we live in, and the place of rational discourse in it. Mores the pity.

Who Holds the Keys to Conservatism? was last modified: June 16th, 2016 by Michael Giere
13 comments