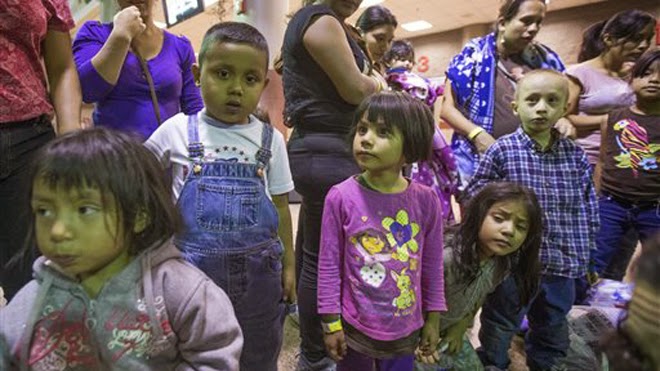 Illegal-immigrant children at our southern border

Who is Minding the Children?

These days another huge national uproar about “the children” is in progress. Americans’ instinctive concern for the welfare of children is being directed by a certain political faction – with the copious aid of print- and broadcast-media – toward children who have been brought across our borders in an irregular fashion. (We used to call them “illegals.”) There is much public hand-wringing about ensuring that those children remain with their families and are properly cared for. That’s fine, but what about the children already in our care?

Was it a coincidence that the magazine from Hephzibah Orphanage in Macon, Georgia, slid from my pile of mail and landed in front of me just after I re-read a report about four adopted children who were found starving in Collingswood, NJ, a few years ago? The same article recounted the discovery of a dead seven-year-old boy in a Newark basement, the previous year. The partially decomposed body of Faheen Williams was found in a storage box. The boy’s three starving siblings were found nearby – still alive, but emaciated and in a very bad way.

New Jersey residents were naturally in an uproar about the Collingswood outrage – particularly after release of a report that the home where the boys lived had received 38 visits over the previous two years by Division of Youth and Family Services caseworkers who reported nothing amiss. The boys – aged 19, 14, 10, and 9 – were discovered scavenging for food in garbage cans. Some of them weighed less than 50 pounds. The oldest boy was immediately placed in a hospital cardiac unit.

After Faheen’s body was found, New Jersey hired 366 new employees and gave the state welfare agency $30 million in additional “emergency aid.” It’s instructive to note how this latest high-profile performance-lapse by a government arm has generated additional funding. It confirms the conventional wisdom that failure in government is usually rewarded with more funding

New Jersey’s governor (then James McGreevey) was storming around, demanding that “criminal charges” be brought against the caseworker who failed to notice the four starving boys. But this failure seemed to be about more than a few errant caseworkers. It looked like a state agency – indeed, an entire way of looking after children – was at a crisis-point.

A realistic review of our whole approach to caring for orphans, abandoned children, and foster children seems overdue. When you have a system that motivates some people to actually take on the care of children just to get the meager funds furnished by the state, something is seriously wrong and needs to change. New standards of accountability must be established and maintained.

And someone needs to watch the “watchers.” If welfare workers are being paid or evaluated on the basis of how many case-visit reports they make, then a way must be devised to audit and verify the truth of those reports. It is unconscionable that greed or sloth – at both the care-giving and oversight levels – should endanger the lives of helpless children.

New Jersey is not unique in experiencing the abuse and death of children. Reports have emerged from the District of Columbia about children who died of neglect or violence after courts or welfare agencies placed them in the charge of parents or guardians.

Other states report similar incidents of cruelty, ignorance and stupidity. On the day the Collingswood story hit the wires, there was a report from Norfolk, VA, that a 22-year-old man had pled guilty to charges of felony murder and child neglect in the starvation death of his infant son. Such incidents, nationwide, are so common as to be unremarkable.

I’d like to know how a seven-year-old boy can go missing without anyone noticing. How can he lie dead in a box, long enough for his body to decompose, without his guardians or his teachers or his friends (or somebody!) noticing that he hadn’t been seen lately?

Around the same time the remains of three infants were found, stuffed in bags in the attic of a house in Arizona. No one noticed that they had simply disappeared.

Is this happening in America? God help us.

Years ago I heard Tony Campolo speak to an evangelical church audience about world hunger. “Last night,” he said, “20,000 people starved to death. And most of you don’t give a damn about it.” Then he twitted them for their surface morality by adding, “You’re more upset because I said ‘damn’ than you are that 20,000 people starved to death.” (Is this where we are with respect to the neglect and abuse of children?).

The America of our past was different from the present. Single parenting was not unknown, but was rare in contrast to today. Live-in boyfriends, crack-cocaine, abortion on demand, deliberate neglect, and child-murder were unknown. Of course, life was arduous and children faced other abuses. Child labor was common among the poorer classes. Children often worked 6-day weeks of 11- or 12-hour days in weaving mills, factories or collieries. Incidences of child illness and mortality were very high. Around the turn of the 20th century many of these abuses were eliminated by government-ordered reforms. 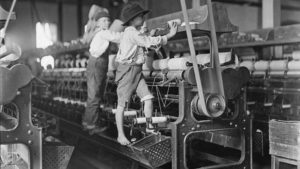 Today, children don’t work in mills and sweat-shops. They go to school. But it’s the age of “personal freedom.” Perversion and degeneracy have been “defined down.” They are now acceptable “lifestyle choices.” A great wasteland of neglect, indifference, greed and violence regarding the care of children has opened up in our society. Local and state government agencies lack the resources and information to protect children from the dangers they face.

I believe the next great reform for the protection of children must be national accounting for the life of every child. The Federal Government can do this with its data-collection and management capabilities. When a child is born, a record should be made in a national database. Every death of a child should be noted and referred to proper authorities for investigation – routine or otherwise. It should always be possible to say where a child is living, and with whom. Transfers of custody should be recorded. And periodic inquiries should be made about the ongoing life and health of every child. No child should be able to simply disappear, as though he had never existed.

Initially, I mentioned Hephzibah Orphanage because it is a counterpoint to the neglect and abuse of children. Operated by the Wesleyan Church, Hephzibah is a high quality facility that has helped Georgia and the entire country since 1900. Although founded to care for orphans, today it also cares for abandoned and abused children and others who are wards of the court. A home for unwed mothers also serves young women aged 12-24.

For assisting the state, Hephzibah receives some government funds, but most of its expenses are met by private and church donations. My wife and I have supported its work for many years. Bios of productive citizens who got a good start in life at Hephzibah could fill a large anthology. I have read some of their stories. They would warm the hardest heart.

Hephzibah takes in every child it can accommodate, without respect to race or ethnicity. It is accountable to the state and to its contributors for the care it provides. Children live in pleasant residences with other children, under the supervision of caring staff. They go to school; play ball; learn to live orderly and disciplined lives; and learn about God and the Life of Faith. They don’t live in squalor or with crack addicts or at risk of violence. They are fed and clothed. They don’t have to scavenge food from garbage cans. No bodies have ever been found stuffed in boxes or bags at Hephzibah, nor ever will be. Its work is a living example of the Life of Faith in action. As Dizzy Dean said, “If you’ve done it, it ain’t braggin’.”

Places like Hephzibah – scattered across the country – actually know how to care for children. They could be the non-government solution to our child-care problem. With more Hephzibahs we might cut down on the number of bodies found in attics. But there aren’t enough of them. Also, the bias of welfare agencies, in some states, against orphanages and child-care institutions will be difficult to overcome. When you say “orphanage” to modern people, they think of “Oliver Twist,” not Hephzibah. A “Hephzibah solution” would take decades to effect.

Neglect and violence toward children are not problems of institutions or agencies or government oversight. They are primarily problems of the human heart. Unless people change on the inside, any attempted external solutions are bound to be expensive and inadequate.

Being both politically conservative and a person of faith, I don’t really believe there is a “big government” answer to these problems. The evidence shows that government has limited success in “solving” anything. Its solutions are usually ruinously costly, too.

But we need help here. We can’t stand around waiting for revival while children keep turning up dead. Government can do some things. Military matters are handled at the federal level because no alternative is suitable. Just so, I believe the lives of children should be tracked at the national level. A single information portal should be accessible, nationwide.

Correctly run, a children’s data bank will tell local authorities where the problems are. It will help identify children who are at risk, before it’s too late. And those who are tempted to neglect, abuse or even kill children will know that someone is keeping track. Building such a system will take some effort and money, but this shouldn’t frighten us. We put a man on the moon with punched-card technology. I think we can do this. 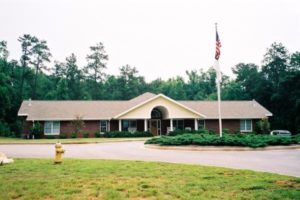 Who is Minding the Children? was last modified: July 18th, 2018 by Woody Zimmerman
6 comments