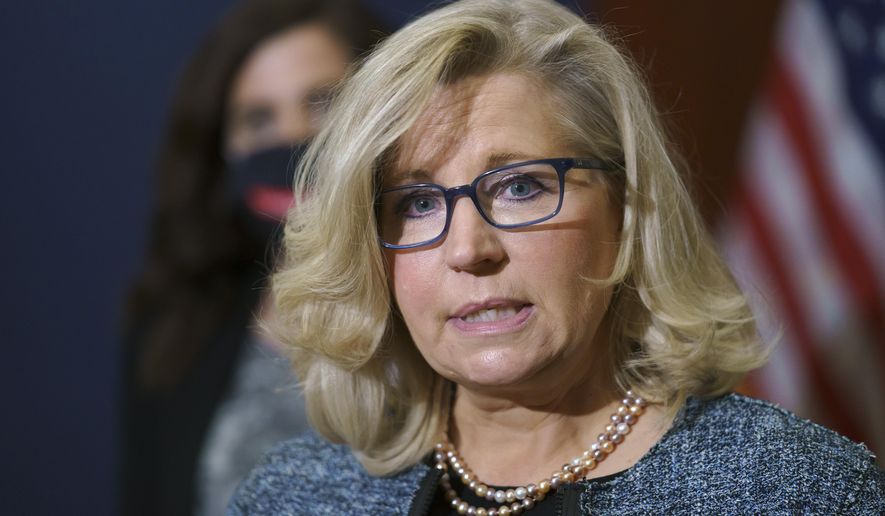 “Gee, I don’t know about you, but I didn’t get the memo assigning them as the sole arbitrators of what conservatism stands for.“

Ronald Reagan ignited my interest in modern conservatism through his remarkable radio broadcasts and his passion for political philosophy drawn from the Greeks and modern conservative thought from Burke forward.

I had skimmed some of this reading as a dispassionate student, but Mr. Reagan drove me deeper, establishing the foundation upon which to erect a coherent political philosophy. I remain in that study these many years later.

Likewise, when I came to the Christian faith later in my life, I went straight to the Bible for my spiritual inspiration and truth, which then took me deep into the written material of the faith’s historical assent.

But I would never have the cheek to lay claim to being the final authority on modern conservatism, only a serious student. Nor would I ever dare suggest that my Christian studies have advanced me further than a young child in the faith.

This past week, all of this comes to mind with the news concerning U.S. Representative Liz Cheney (R-WY), the new drama-queen for the corrupt mainstream media, and a purported list of 150 “past Republicans” who are the new house pets of the same media cabal. These so-called Republicans are threatening to leave the party for good and start a new party if the rest of us don’t agree with them about, well, everything. Along with Congresswoman Cheney, they collectively demand a return to “conservative principles and policies.”

Their complaints, you’ll not be surprised to know, center on former President Donald J. Trump, for whom they have uncontainable hatred. It is a hatred that has grown into a festering mental condition that renders them far more frightening on any measure than the object of their hatred. Collectively they all seem to be basing their public hysterics on their “ownership” of what conservatism is or isn’t, or alternately on what “American” values are or aren’t.

Gee, I don’t know about you, but I didn’t get the memo assigning them as the sole arbitrators of what conservatism stands for.

This week the Republican caucus in the House removed Congresswoman Cheney from the elected leadership role as Chair of the House Republican Conference. It did so primarily because she wouldn’t shut up and do her job, preparing for the 2022 mid-term House elections. Instead, she insisted on waging war on the Trump legacy day after tedious day.

After being fired by her colleagues, Mrs. Cheney, displaying her undented arrogance, proclaimed that she was “…focused on making sure that our party becomes again a party that stands for truth and stands for fundamental principles that are conservative.” Aren’t we lucky?

The 100 or so self-appointed custodians of conservatism appear to be herded up by Mr. Miles Taylor, among others, who is a “former Trump Department of Homeland Security official,” the incredibly corrupt and dishonest media-entertainment complex breathlessly reports. The group has imaginatively named their effort, A Call for American Renewal.

Mr. Taylor’s most significant contribution is being “Anonymous,” a political vandal and author of a New York Times hit piece on President Trump, I Am Part of the Resistance Inside the Trump Administration. He followed up with a book, A Warning, also anonymously. While the book contained no new information, it revealed there were scoundrels and traitors in the Administration and the White House who actively sabotaged or derailed the policies of the duly elected President of the United States from the deep shadows, without the courage or integrity to use their names.

Mr. Taylor explained to NBC News that the Renewal group “[was] going [to] give the GOP one last chance to get its act together and moderate, but we’re not going to hold our breath.”

The self-proclaimed emancipator of the national conservative movement went on to explain, “We’re ready to get out there and fight against the radical elements in the party to try to excise those elements from within the GOP and our national politics and to try to invest in the deeper pro-democracy bench.”

Amazingly, Mrs. Cheney and the “Renewal” frauds want to fight to the political death over “radical elements” in their own party (assuming they’re actually Republicans) – and yet never want to fight the actual Marxist radicals of the other party currently running the Federal Government and Congress. Nor do they seem too concerned about the revolutionary marauders of Antifa and BLM burning down parts of major cities and killing dozens of citizens and police offices in the past year.

Equally ironic, many of those who signed on to “reforming or leaving ” the Republican Party and the conservative movement are retread blowhards that show up every election cycle to oppose real conservatives for public office. However, when they had their chance in leadership, they virtually to a person proved pedestrian and wanting, shallow in thought and weak in deeds. But every election, they return like bad pennies to sanctimoniously lecture the unwashed and unruly conservatives on “moderation” and “civility.”

Many supported the cognitively diminished and demonstrably corrupt Joe Biden, with whom they seem to have little disagreement. What more needs to be said?

In earlier articles, going back into the 1980s and 1990s, I’ve asked simple questions of our feckless Republicans that seem worth asking again. I ask them because pompous, posturing Republicans for decades have run on the legacy of Ronald Reagan (whom most of these people hated and worked against in reality), yet when elected, governed like the weak-kneed, characterless, God-less ruling class they want to join. (Think here Paul Ryan, John Boehner, Mitch McConnell, and Mitt – AKA Pierre Delecto – Romney – men for whom campaign promises are for the “little people,” principles are for the gullible, and no check is too small to cash.)

Here are just a few of the questions I’ve asked in the past and continue to ask.

Who made uncontrolled, helter-skelter illegal immigration policies flooding the nation with second and third-world immigrants – many of whom show little to no interest in assimilating into the broader American culture – a conservative value? Or, an American value? Who decided that “any willing worker” in the world should be allowed to compete with U.S. citizens for their job? And, who decided that it was a conservative idea that illegal aliens should be showered with rights and citizenship for breaking our law?

Who decided on Globalism for us? Is that a conservative principle? When did that occur? Why are one-sided trade pacts that cost American jobs and wages, written by trans-national corporate lobbyists and bureaucrats, now sacrosanct articles of “free trade” when it is apparent that they are “managed corporate trade” at best?” Who decided that it was conservative to abandon national sovereignty to international organizations that hate us at best or want to destroy us at worst?

And, is it really a conservative article of faith that no matter how loathsome, evil, and dangerous a foreign power becomes – let’s take China and Iran for an example – that we must kowtow to them, enrich them and treat them as equals, when it is very obvious that we have nothing in common with us, and they will do us great harm at the drop of a hat – and they’ll drop the hat.

Heartbreakingly, we spent twenty years, thousands of lives, and trillions of dollars fighting to bring “democracy” to people who don’t want it. Is squandering the nation’s greatest treasure- the lives of its best – on a whimsical notion of what an ancient tribal culture should have now a conservative value too?

There are plenty more questions about fair and honest elections, education, bureaucracy, the courts, among others, where what our so-called leaders say and do is a mile apart.

Donald J. Trump never was, nor is he now, to my mind, a classical or a movement conservative; however, neither was John McCain, Mitt Romney, or any of the nineteen men and women who ran for President in 2016. In 2024, out of the names proposed thus far, there doesn’t seem, yet, to be any either. Frankly, on a scale of 1 to 10, it is hard to make the case they collectively were, or are, even as conservative as President Trump was or is. He has the advantage of actually doing what he said he was going to do.

But, evidently, a handful of “real conservatives” are in charge. And they are now distraught, lecturing many of us on what we can and cannot say, what we can or can’t believe to be a conservative.

The redefinition of ideas and labels is a cottage industry today, and it’s not just politics. Across the faith community, there is a battle for control of definitions. What is a “real evangelical?” It depends on who you ask. What is orthodox now? Apparently, anyone who claims to be. Ask the Episcopalians.

And not to be outdone, business and higher education are going through the same crisis. What something means one day may not be applicable to the next as defined by some obscure authority. What issue, celebrity, politician, or law you support (or even voiced an opinion on when you were a pre-teen!) can directly affect your job or where you can go to school.

We live in an age where anyone with access to the corrupt media or the creepy internet gets to be an expert. That impulse bleeds into the society and culture at large. Personal assertions, passions, and impressions begin taking the place of facts and ideas based on ancient wisdom, history, experience, and simple right and wrong.

In his book, Fool’s Talk, author and social critic Os Guinness writes that we live in the “new age of the self and selfies,” and “I post; therefore I am.” As one who posts, that thought cuts a little too close to the bone for me; but it’s an apt description of the new world we live in and the place of rational discourse in it.

The brave new world is here.

Who Owns Conservatism? was last modified: May 17th, 2021 by Michael Giere