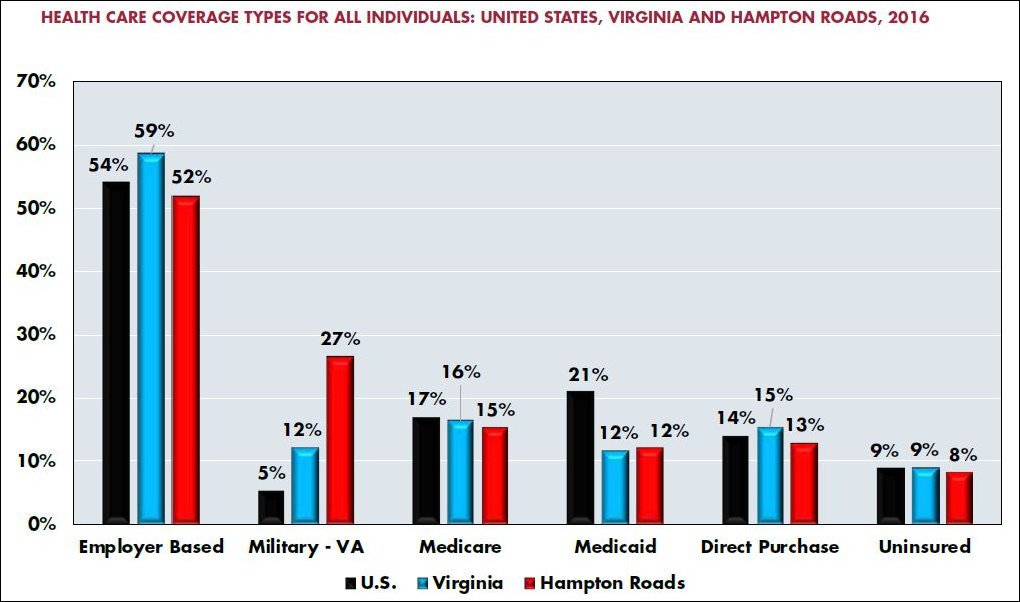 Who Pays for Health Care in Virginia?

Virginians relied slightly less in 2016 upon Medicare than other Americans, and much less upon Medicaid — a gap of nine percentage points. But the percentages will change as Medicaid expansion takes hold in Virginia, enrolling an estimated 400,000 near-poor.

Keep a close eye on the numbers. As the percentage of Medicaid recipients goes up, which categories will shrink? Ideally, the percentage of uninsured drops dramatically. We don’t want to see a drop in “employer based” insurance and “direct purchase” insurance (which I presume refers mainly to Obamacare), which would represent a shuffling of people from one insurance system to another, not an expansion of coverage. Let’s hope the ODU authors of the 2018 Hampton Roads report revisit the Medicaid issue next year.