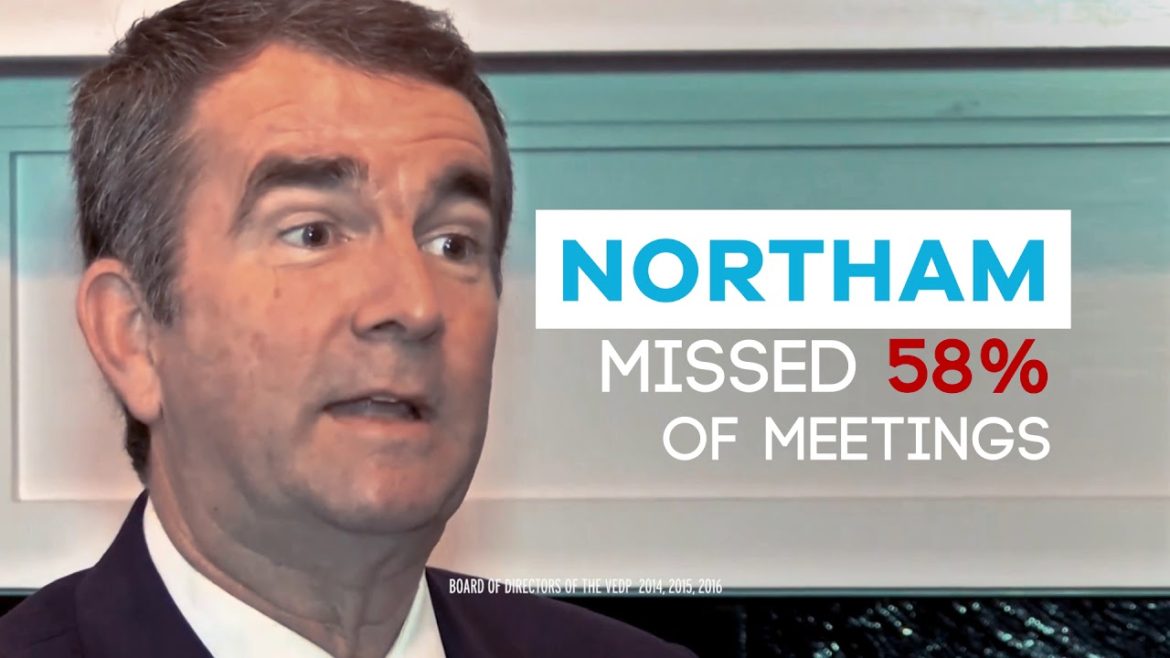 On a brisk November evening in 2011, two lions of the Virginia political universe traded barbs over the phone, waxing joy and lament over the latest election results. One was asked about hospital grant funding, the other gun control; yet there was one pressing issue on the mind of the former. An offer to switch parties was being floated from one man to the next, a permanent walk across the aisle. The man doing the offering was Lt. Governor Bill Boiling. The man entertaining the move was then State Senator Ralph Northam. It was the 2nd time in three years he was being courted by the GOP.

Northam is a man of many contradictions. He calls himself a ‘fiscal conservative’ and a ‘social liberal’ which is the label du jour for the political equivalents of Stretch Armstrong. He supported a fiscal nightmare in state expansion of unfunded liabilities and also belonged to a gun club while supporting gun confiscation. He speaks of looking out for the little guy, and takes money from Dominion Power. The question is, after being off your feet for so much fence sitting, can one actually remember how to stand for anything?

Ralph Northam voted for George Bush twice. I’m not even sure how to make a kitchy punchline here, so just let it sink in. He voted for ‘W’ and is selling himself as a progressive. He has received donations from the teachers and workers unions, yet also takes money from the powerful alcohol distribution lobby. Craft beer has offered Americans countless heady alternatives to bland, uninspired yellow fizz and the big foreign based behemoths don’t like that; so they lobby congress to make life harder on the little guy. Did I mention Dominion Power?

Northam once patroned a bill to expand leases on state owned oyster beds in tidal areas and open up more areas to commercial harvesting; all conveniently after receiving a $35,000 donation from Cherrystone Aquaculture. Back in 2008 he was voting in favor of our rights to concealed carry, now that he’s the Democrat poster child for the Commonwealth, he’s casting tie-breaking votes to take away concealed carry rights.

Finally, after securing an endorsement from the Sierra Club, seemingly a perfunctory rubber stamp for Dems these days, Ralph is once again flip-flopping on pipeline construction. His stance on the ACP has changed more frequently than the Kim Kardashians marriages; the Cleveland Browns have had more stability at quarterback than Northam has on energy policy positions. Now this guy finally says he will “work with Trump” mere months after calling him a narcissistic maniac? Virginia needs leaders who will move us forward, not in circles.

Who the @#^* is Ralph Northam? was last modified: October 17th, 2017 by Guest Contributor Dylan Kelo

Who is Ralph Northam? That’s easy! The next governor of Virgina. Thanks President Trump!

Short answer: the next Governor of the Commonwealth.

Northam was for the pipeline before he was against it but now back for it because that union wants him to do. It’s a amazing that a union has the clout to get a flyer changed. Appalling.

So much of what is written here, taking money from Dominion, voting for Bush twice, a man of contradictions, could be applied to Ed Gillespie as well.

The point is that Northam’s integrity is suspect at best. You suggest that is also true of Gillespie too. For the sake of argument, let’s concede the point. So the solution is to vote for the candidate WHO PROMISES to make government bigger and more powerful? If we cannot trust the people we elect does it make sense to give them more or less power?

No, I would argue the solution would be reject them both. Don’t vote for a candidate you cannot trust. I won’t.

That’s better than voting for the candidate who ACTUALLY made government bigger ? TARP = Trouble Asset Relief Program, an invention of the Bush administration, and guess who was leading the charge on that one …

Hell, even if the Democrat was out promising to raise taxes, etc, he wouldn’t be able to because the Legislature would never allow it to happen. Gillespie, on the other hand, he’ll have all the help he needs to pass his initiatives … you think those are going to be for smaller, more efficient government from the architect of a program like TARP ?

“… raise taxes … because the Legislature would never allow it to happen …”

Unless the governor was a Republican, of course, then they’re happy to give us the biggest tax hike in Virginia history …