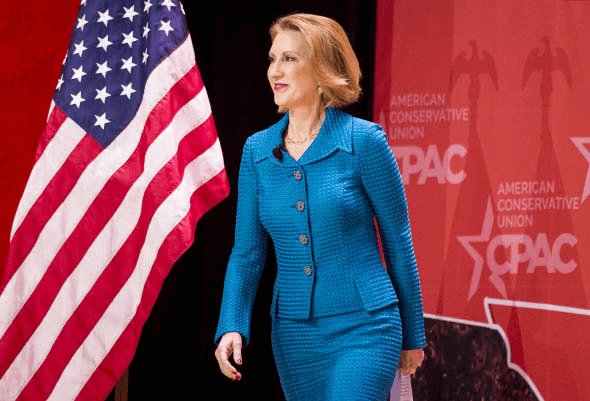 Who Won the Debate? Carly! By far. She really killed it. Rubio was also very good, they were the two best tonight. Cruz and Christie did well, improved their standings. Trump was very annoying and had way more time than anyone else, 17 minutes. Trump lost ground. Walker only had 7 minutes, but he was better than the first debate. Carson was lackluster. Bush was better than last time, he had a few good lines and was great when he said his brother “kept us safe”. Kasich didn’t do much to move the needle, nor did Huckabee and Paul. The biggest loser was Jake Tapper, by far. He was awful. He clearly wanted Trump to dominate the debate and did everything possible to make that happen. Terrible.

Feel free to disagree. Who do you think won?

Fiorina will be another GOP establishment RINO who will be passing tax increases, raising the debt limit, signing amnesties. She is the establishment and the medias attempt to end Trump’s candidacy because he is saying things they don’t want to be considered.

I don’t think anyone really can win a debate like this. With 11 people on the stage, the best anyone can do is just try not to say anything stupid. The format was also terrible. Tapper was just trying to provoke fights among the candidates so that they could all look unprofessional attacking each other.

My favorite candidate, Scott Walker, once again gave great answers and spoke to true conservative principles, but only got 7 minutes of time to talk out of three hours, with most of the time in the debate spent by Tapper asking people to respond to the latest jab Trump has taken at them.

My biggest fear is that the real conservative candidates are going to be continue to be drowned out by the clown car show that is Trump.

Last night Jeb told the world that his brother “kept us safe”?

Now, that is not exactly how I remember it. Didn’t nearly 3000 people die on 911? What world is Jeb living in?

Jeb is not fit to be. Boy, the right wing owned press is giving him a mulligan on that one!

I must admit I had the same thought. How did he ‘keep us safe’ when 9/11 happened. I think Bush meant he kept us safe after that but one could say the same thing about Obama.

Carly earned some points but Trump is still the leader.

He may remain the leader for a while longer but I think the debate was the beginning of the end for Trump.

The American people won. All the Republicans on stage tonight proved they are far more qualified for President than any of the Democrats in consideration. Really impressed with the performance of Carly Fiorina