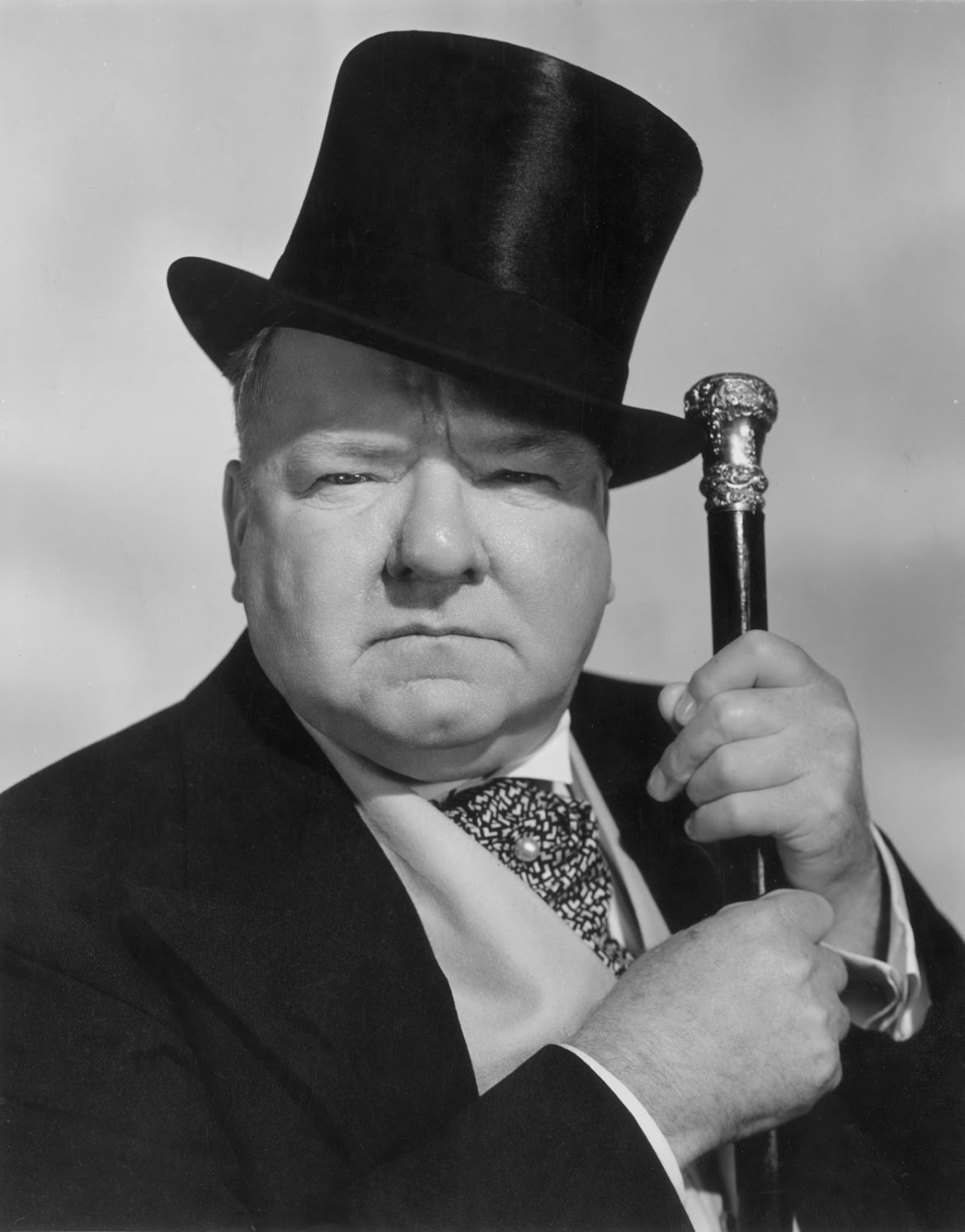 Who’s Paying for All This? (Again)

Americans are experiencing big-number fatigue, as President Biden and the most radical Congress in generations roll out one massive spending plan after another in amounts that boggle the mind. I’m a numbers guy, but even I have lost track of the total score of trillion-dollar bills. To paraphrase the late Everett Dirksen: a trillion here, a trillion there – and before you know it you’re talking about real money.

Soon your eyes and your mind just glaze over, and you can’t comprehend how much debt it represents per family, projected out into the later years of the century. It’s a spending spree like never before in the country’s history. Liberal mainstream media organs (but I repeat myself) – agog over the historic scope of the Biden “vision” – are waxing rhapsodic over how much is “being accomplished.” But they ask few questions about whether these expenditures are actually prudent, necessary or productive. And W. C. Fields’ classic question also goes unasked.

Most politicians (including Mr. Biden) ignore concerns about how these massive expenditures will be funded, and the media’s snoozing “watchdogs” are, for the most part, letting them get away with it. The messy details are put off for another time. They will be dealt with “when the time is right” – hopefully by Republicans, once they resume the role of “tax collectors for the welfare state,” as they did for 50 years, starting in FDR’s time. (If the GOP falls for this again, they’ll deserve to be in the minority indefinitely.)

Mr. Biden and his inner circle know where the political landmines are and they use their political tools well. Reassuring talk and an aw-shucks manner are Mr. Biden’s most useful tools – although his public statements do seem increasingly bumbling and confused. He has been talking about “reducing the deficit” in ways that other Democrats and some reporters think plausible. But they aren’t, really.

For example, he says that only people who earn more than $400,000 per year will see their taxes raised – implying that this extra revenue will fund the gazillions in new spending enacted during his first half-year in office. Analysts note that even taxing those high earners at a 100% rate – effectively killing all future incentive to earn – would not come close to paying for all the new spending. Joe’s “plan” is just a nice story meant to reassure us and put us to sleep. Left-leaning media are buying it hook, line, and sinker.

Absurd though it might seem, Joe’s explanation of how he will pay for his big spending will probably sell. This is because it’s a Big Lie – a construct popularized by Hitler’s propaganda minister, Dr. Josef Goebbels. The Herr Doktor and others of his ilk found that a significant part of the public will believe even the biggest whopper if it is published often enough and loudly enough. The new electronic media – radio in Hitler’s time – enabled this tactic.

Experienced politicians know that large numbers of the public are not curious enough or sharp enough to parse details and evaluate whether a Big Lie holds water. Later, when the truth hits them where it hurts – right in the wallet – they are finally shocked into reality. But by then it is usually too late.

The cost of today’s big spending will hit voters’ wallets in at least one of two ways – and possibly both. First, people making far less than $400,000 a year will soon find themselves paying higher taxes. Yes, Good Old Joe swears on a stack of (non-sectarian) Bibles that lower-income people won’t be touched. But you have to read the fine print. Joe is talking about income taxes. Other tax increases are still on the table. Some will certainly be enacted.

For example, a plan is again being proposed to tax us on how many miles per year we drive each vehicle that we own. (Obama wanted to do it, but the Congress wouldn’t touch that political stink-bomb.) Drivers currently pay 18.4¢ in federal taxes on a gallon of gas, but if Biden’s plan goes through they’ll be on the hook for additional mileage taxes.

Carbon taxes and other “green” measures that will raise energy bills are flying below the radar. They won’t be detected until they hit voters’ pocketbooks. Despite Mr. Biden’s studious avoidance of the topic, taxes will have to go up – and not just on “wealthy” people. Somehow, it always works out that way.

The more subtle way to handle government’s deficit-spending is via inflation. Based on the experience of our own history, most analysts would probably say this is government’s preferred method for dealing with large budget deficits. Democrats almost always use it. In fact, one can plausibly argue that Republicans’ failure to use it led to their loss of Congressional control in ‘06 and presidential defeat in ‘08. Many people’s incomes had gone down, and there was no inflation to pump them back up. That made people feel poorer, and they blamed Republicans for it.

It’s been over 40 years since we had serious inflation – a long time in political terms. Since Ronald Reagan slew inflation in the 1980s, a whole generation of young people has grown up having no experience with it. We have still had inflation of 2-4% a year, of course, but not the “galloping” 10-15% inflation of the Carter era. At 4% annual inflation, prices double in 18 years. But 12% inflation doubles prices in just 6 years. (This is the “rule of 72” – i.e., divide 72 by the annual inflation percentage-rate to get the approximate number of years needed to double prices.)

The great thing about inflation, politically speaking, is that most voters love it because they can ride its wave. As prices go up, so do their wages. Clerks earn salaries that make them feel like Rockefeller. On my first office-job, in 1963, the company’s executive secretary made $300 a month. She was a bright, efficient lady who practically ran the place. Today, a person like her makes 20 times that salary. Top executives in the firm made $15,000 a year then. Today their pay would also be close to 20 times that. Inflation is the reason for these big numbers. It makes workers (voters) feel rich, and it’s fun to handle all that cash.

The downside – the dirty secret – of inflation is that our “progressive” income tax grabs more tax out of inflated salaries. We pay higher rates of tax, not just the same rate, on more income. Your tax on $80,000 a year won’t be just twice as high as on $40,000 a year. Progressive rates might make your tax three times as high. Savvy politicians love inflation because they know that inflated wages will produce disproportionately higher taxes. This is why conservatives always want to lower tax-rates. They know that inflation has pushed people into higher brackets.

Like a frog being gradually boiled to death in a pot of water, taxpayers don’t know they’re being had by inflation. Instead, they think they’re beating the game by seeing their incomes go up. Some voters are able to see through the inflation scam, but not enough to stop it.

The other great thing about inflation – and here’s where we intersect with the issue of the big deficits – is that it trivializes debt. Most people don’t know this term, but they can probably see that paying off the $100 you borrowed in 1960 with dollars you earned last year is a great deal. If you were of age in 1960, as I was, you know that $100 was serious money then. Today, you might blow that amount just taking the fam to the movies and buying popcorn and drinks for all. Your $100 today buys far less than it did in 1960.

Paying off debt with “cheaper” dollars is what inflation is all about, in political terms. Politicians love it. In fact, there’s not very much about inflation they don’t love. That’s why inflation is coming baaack. (It wasn’t dead – it was only sleeping.)

So why is this a problem? Because inflation trivializes not only debt but reduces the value of savings. Most voters are net debtors – meaning that their debt exceeds their savings. They love inflation. But millions of others are net savers. Many older people, in particular, live off savings they accumulated for their retirement. If inflation really gets cranked up again, the value of that million dollars you saved – and the income of $40,000 a year it produces – will swiftly evaporate. Combine that fact with a portfolio shrunk by markets nervous over inflation and runaway federal spending, and you have a real financial problem for millions of net savers.

One would think, then, that responsible government would try to control inflation, since it produces the serious byproduct of wealth-shrinkage. But one would be wrong. The thing to remember about progressive-leftist government is that it is not concerned with helping people to accumulate personal wealth and keep it secure. Progressives are innately suspicious of wealth that remains outside the control of governing elites. Instead, they prefer a kind of shabby gentility for everyone – not too rich, not too poor, and always in need of government largess. Handing out goodies to preferred groups is how they gain power. Check out the focus of the Biden “stimulus packages,” and you’ll get the lay of the political landscape. This is where progressives always want to go.

So the answer to W. C. Fields’ famous question, which titles this article, is: YOU. Whether it’s with higher taxes or inflation, when the bill for the Biden-extravaganza comes due, we’ll all be paying. Grownups know there’s no free lunch, and that lesson will be reinforced. Those who bought Joe’s good-old-boy, cross-the-aisle shtick will do a lot of growing up in the near future. It’s going to be a bumpy ride, and there will be a lot of finger-pointing.

Who’s Paying for All This? (Again) was last modified: August 22nd, 2021 by Woody Zimmerman

The liberal communists are loving this inflation. Most of them do drugs and like to get high. This is a plan by Biden to buy and flip real estate cheap to fund their communist goals.

Sir, can you discuss the Modern Monetary Theory that the Left is so gaga about? I guess it fits into the inflation is good narrative.

Also… I would love to know at what point does a devalued currency, debt, government spending blow. I guess so would everyone else.

The money policies have any real assets at bubble levels HISTORIC… Epoch levels… Can Powell, Pelosi, Schummer, Yellen and the rest of the scroungy Wall St and Government types keeps this thing afloat forever? Or rather at what point do they lose control?

I would assume the day that the dollar is no longer the reserve currency is one milestone for the collapse, yes?