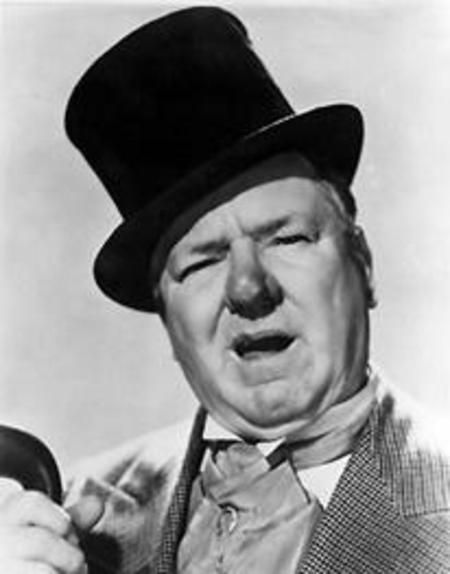 Who’s Paying for All This?

This was 1930s actor W. C. Fields’ famous question when some situation in his films seemed impossibly beneficent. Even a madcap character like WC knew that nothing is free, and that somewhere, somehow, somebody had to be footing the bill.

That, of course, was the movies. But real life isn’t a movie – especially nowadays, when a large segment of our population seems not to comprehend that any benefit that appears to be “free” has to be paid for by somebody, and that the almighty federal government actually has no resources of its own. The feds spend trillions each year, but those expenditures can only be of taxes collected from citizens or monies borrowed from national, corporate or individual investors willing to lend money to the government.

This means, among other things, that President Obama had no special resources from which he could draw to shower special benefits on selected beneficiaries. Once I would have said no grown-up person could possibly be confused about this, but now I’m not so sure. Early in Mr. Obama’s term I heard a radio-interview with two women in Florida who were queuing up for some sort of monetary handout. When the interviewer asked them where the funds were coming from, they said they didn’t know, except that it was “from Obama.” Where did he get the money? “We don’t know – from his stash,” answered one. “That’s why we love him,” cried the other. “O-ba-MA! O-ba-MA!” they both chanted as the bemused reporter moved on to speak to others waiting on line.

In another high-comedy sound-clip, a woman gushed that Obama’s election meant she wouldn’t have to worry any more about putting gas in her car or about making her mortgage payment. The One was going to take care of everything. (Is this a great country, or what?)

This is the mentality we’re dealing with now. If he were here, W. C. Fields would be blue in the face from asking his signature question. Democrats certainly made no effort to clarify that Mr. Obama had no money except what his government could collect in taxes or borrow. But even if they had clarified it, I doubt if the people cited above would have cared. All they knew was that the money was flowing and they were getting it. The national debt doubled during Mr. Obama’s 8-year Santa Claus act.

This reminds me of a conversation with an acquaintance who had a 30-year career with the Bethlehem Steel plant in Bethlehem, PA. Near the end of his career, the Steelworkers Union had negotiated thirteen weeks of vacation each year for its members. When I expressed doubt that the industry could afford such lavish benefits, my acquaintance shot back: “Well, I don’t know. They just give it to us…” Not many years later the Bethlehem plant closed, after 146 years of operation, due to unsustainable costs.

But the population that dreams about financial “manna” dropping from heaven extends beyond dimwits who thought Obama had a secret stash. In Wisconsin, a huge uproar erupted in early 2011 when Governor Scott Walker took office. He had been elected on promises to balance Wisconsin’s out-of-control state budget and stop the meteoric rise in Wisconsin’s taxes. The uproar came from unionized state workers who opposed Gov. Walker’s proposals to cancel unions’ collective bargaining rights on pay and benefits, and stop the state’s collection of union dues directly from employees’ pay. Unions also opposed any attempts to make state employees pay even a small portion of the costs of their pension-funding and health-care insurance premiums.

Wisconsin state employees didn’t want to hear about overdrawn budgets, citizens crushed by high taxes, or private-sector workers earning less in salary and benefits, on average, than unionized public-sector workers. Gangs of state workers – assisted by union “activists” bused in from out of state – took over the state capital and generally raised hell for several weeks, hoping to stop passage of the governor’s fiscal reforms. That effort failed, but the unions vowed to fight the governor to the death. To kick off their “no quarter” campaign, they collected 900,000 signatures on a petition for a recall election. Union leaders at the national level confidently predicted that the “union-busting” governor would be recalled by Wisconsin voters, who would stand with them for fairness and union rights.

But this prediction was incorrect. By the time of the recall election in June 2012, the political climate in Wisconsin had changed. Tempers had cooled, and voters cast their ballots on the basis of Mr. Walker’s actual record – not on union fear-mongering. Under the governor’s programs, the state’s budget had been balanced, taxes had not been raised, and the jobs of most state workers had been saved. In the recall election, Mr. Walker defeated his opponent of 2010 – Milwaukee Mayor Tom Barrett – by a 54-45% margin. It was a larger margin of victory than the governor had won in 2010. He thus became the first state governor in American history to withstand a recall election. Wisconsin’s voters had accepted reforms that brought reality to the state government’s budget and stopped the inexorable increase in taxes that was hurting both citizens and the state’s commerce.

In his victory speech, Governor Walker bravely proclaimed, “Tonight we tell Wisconsin, we tell our country, and we tell people all across the globe that voters really do want leaders who stand up and make the tough decisions…”

All this was good news to conservatives, of course, but an opposition vote of 45% was still troubling. It meant that very nearly half of Wisconsin voters were willing to stick with the status quo ante on the state’s finances. They were entirely OK with union collective bargaining, burgeoning pay and benefits, and the higher taxes required to pay for them. Whatever problems these matters posed for Wisconsin citizens, the 45% didn’t want to hear about them either.

Obviously this near-even division on government spending (and taxing) could easily flip the other way. Mr. Walker’s mandate was tenuous, at best. As it turned out, the Guv served two full terms, but he lost his try for a third term when he was narrowly defeated by a Democrat opponent in 2018. Evidently, voters’ commitment to responsible fiscal management had an eight-year limit. At this writing, I could not learn how many of Governor Walker’s fiscal reforms have been reversed or modified by the new governor.

In 2016, Mrs. Clinton and her party were certain that a somnolent electorate would agree to more spending, more debt, and a commitment to identity-politics and open borders. But they were mistaken. Voters in thirty states gave Mr. Trump an electoral win because they didn’t want a continuation of Mr. Obama’s policies, which had doubled the National Debt and caused illegal immigration to reach flood-stage during his eight years in office.

Democrats (and far too many Republicans), who can’t believe that voters would have made such an ignorant choice, have furiously tried to prove that Mr. Trump won by foul means. But that effort has also failed. Against all conventional logic, a large political faction actually seems to prefer a wide-open business environment, increasing wages, lower taxes, lower unemployment, and reasonable control of our borders. Unbelievable, but there it is. (Who knew?)

Notwithstanding voters’ clear approval of Mr. Trump’s policies, Democrats continue to peddle a lavish giveaway-agenda because they know that a large political faction supports it. A large-scale drift toward dream-world government financing – i.e., the “stash” theory – derives partly from what can be called the “bailout mentality.” This attitude – assiduously cultivated by progressives of both parties – encourages citizens to expect that government will protect them from unwise choices and/or untoward developments in business and personal affairs. If you paid too much for a house, saw its value fall, and found your mortgage “underwater,” the government will bail you out just as it bailed out banks that lent mortgages that should never have been granted to buyers of questionable credit-worthiness.

Future historians might call this the Bailout Era, and marvel at the many ways in which the bailout mentality infected society. Some of that infection is demonstrated by those absurd declarations cited above, but some expressions are more subtle. When a particularly damaging storm left hundreds of thousands of homes across several states without power for varying lengths of time, new consequences of the “bailout mentality” emerged. Scammers called at houses that had suffered power loss or other damage from the storm. Saying that they were “from the government,” they told residents they were eligible for government “bailout funds.” Some residents were told that the government would pick up their utility bills for a period of time – perhaps indefinitely.

To obtain these benefits, householders were asked to furnish bank account numbers, social security numbers and other vital data so the funds could be transferred to them directly. (I leave it as an exercise for the reader to determine whose funds were probably transferred.) Reports indicated that some 2,000 Florida and 10,000 New Jersey residents were victimized by variants of this scam.

Why could this scam work so easily? Obviously because the offer of bailout money for storm damage or power-disruptions was entirely credible. We now expect a Bailout of the Month when some misfortune strikes. We are so thoroughly infected by the bailout mentality that we’ve stopped asking, “Who’s paying for all this?”

It’s going to take a while – and probably some hard knocks – before we relearn how to ask that hopelessly old-fashioned question. The election shaping up for 2020 will tell us whether we’ve passed the point of no return. If we’re lucky, enough voters will reject the promises of free stuff and demand that the runaway federal train be brought under control. Until then, repeat this phrase 50 times every day:

“The government has no money. I’ll end up paying for part of anything it gives away.”

Who’s Paying for All This? was last modified: June 2nd, 2019 by Woody Zimmerman