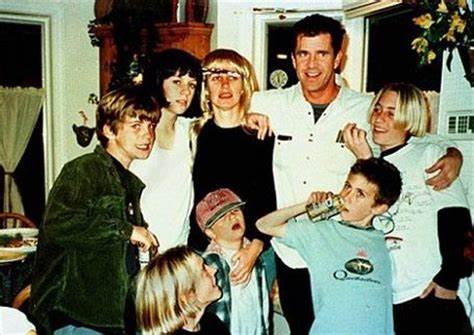 Whose Ox is Being Gored?

“It all depends on whose ox is being gored,” grandpa liked to say – by way of noting that the same words or actions can be acceptable or objectionable, depending on who says or does them. I’ve been reminded of that old saw in the current political climate, as charges of “racism” have been flying like mosquitos on a summer night. Of course, this is nothing new, as some examples from my “racism” files demonstrate. Studying how these things went down can be an education.

A few years ago, actor and film director Mel Gibson spun out of control when LA police stopped him on suspicion of drunk driving in the wee hours of one morning. Clearly under the influence of something, Gibson spouted obscenities and ranted about Jews causing all the wars. Police cooled him until midday in a detox cell. Later, more or less in his right mind, Gibson apologized publicly. He said he had “disgraced” himself and his family by his “belligerent behavior” and by saying “…things that I do not believe to be true and which are despicable. I am deeply ashamed of everything I said.” He added that he has struggled with “the disease of alcoholism” for his entire life and is taking steps to restore his health.

Naturally, Gibson was hammered by Jews and Christians. Columnist Cal Thomas wondered why a married man with a family was carousing at 2AM. Others said the Jew-baiting was “the liquor talking,” but the alcoholism-disease excuse had no “legs” (as they say in the trade). Some Jews saw Gibson’s drunken slurs as confirmation of prejudice they suspected when “The Passion of the Christ” was released. Critics claimed that Gibson was an anti-Semite because he ruthlessly depicted Jews as the killers of Christ.

Noted civil rights activist Andrew Young also made the Foot-in-Mouth finals in an interview with the Los Angeles Sentinel. He had been hired by Wal-Mart Stores, Inc., to help the retail giant improve its public image. When quizzed about Wal-Mart forcing smaller stores out of business, Young said:

“Well, I think they should; they ran the ‘mom and pop’ stores out of my neighborhood. But you see, those are the people who have been overcharging us, selling us stale bread and bad meat and wilted vegetables. …I think they’ve ripped off our communities enough. First it was Jews, then it was Koreans and now it’s Arabs; very few black people own these stores.”

“If anyone should know that these are the words of bigotry, anti-Semitism and prejudice, it’s him. During his years as a leader of the national civil rights movement, if anyone would utter remarks like this about African-Americans his voice would be the first to rise in indignation.”

Amidst the uproar over his remarks, Young resigned from his Wal-Mart position. Claiming that he had been “misread and misinterpreted,” he told the Associated Press:

“I think I was on the verge of becoming part of the controversy, and I didn’t want to become a distraction from the main issues, so I thought I ought to step down.”

Democrats had criticized Young when his own company, Good Works International, was hired by Working Families for Wal-Mart. In his resignation announcement, Young said his work with Working Families had taken far more of his time than he had anticipated.

Finally, George Allen, former governor and incumbent U. S. Senator for Virginia, made off-the-cuff remarks during his 2006 re-election campaign to a crowd at a campaign stop near Breaks, VA. Calling attention to a volunteer who was filming the campaign gathering for his senatorial opponent, James Webb, the senator said:

“This fellow here over here with the yellow shirt, Macaca, or whatever his name is. He’s with my opponent. He’s following us around everywhere. And it’s just great. We’re going to places all over Virginia, and he’s having it on film, and it’s great to have you here, and you show it to your opponent because he’s never been there and probably will never come. …Let’s give a welcome to Macaca, here. Welcome to America and the real world of Virginia.”

Senator Allen’s political opponents, including Democrats who expected him to be a Republican presidential candidate in 2008, immediately pounced on “macaca” – a variation of “macaque” which is a type of monkey. The term is also said to be a French racial slur for dark skinned North African peoples. (Macaca or macaco means “fool, clown, or simpleton” in Italian.)

S. R. Sidarth, the young Webb-campaign volunteer Senator Allen taunted, is of Indian (India) ancestry, but was born in Fairfax, VA. Allen-campaign workers had called him “Mohawk” during the weeks he filmed the Allen stops because he sported that style of haircut. No one can explain how “Mohawk” morphed into “Macaca” in the senator’s remarks. (A hearing problem, perhaps?)

The Washington Post obsessed for weeks on whether Senator Allen made a deliberately offensive remark and is, in fact, a racist. He later apologized directly to Mr. Sidarth. The latter said he was “…disappointed that a Senator of the United States could use something completely offensive.”

What can we draw from these three cases? Some observations:

[1] No slack for Republicans. If you’re a Republican seeking high office, don’t extemporize. Democrat-aligned media (is that redundant?) will micro-analyze your every word. Senator Allen got in the biggest trouble because the media cut him absolutely no slack. The macaca “slur” is now in his dossier. He lost his Senate-seat, and his political future is kaput. The senator probably meant no offense, but he was foolish to speak publicly, in an offhand way, to a known member of the opponent’s camp, using a term whose meaning was unclear to him. (If he knew the meaning and used it anyway, then he is too stupid to be president.)

[2] Media-pass. Under speech standards unique to them, black Democratsare excused for offensive racial and ethnic remarks. Mr. Young didn’t resign his position for talking trash about Jewish, Korean and Arab storekeepers in black neighborhoods. (Black columnist Clarence Page, among others, agreed with him on the stale bread, etc.) No, Mr. Young got flak because it became known that he was a (highly) paid shill for Wal-Mart – the Democrats’ Great Satan at the time. Just as no Democrat may openly support Donald Trump’s stand on immigration, so no Democrat may praise (or represent) Wal-mart. As Der Führer would say, das ist strengstens verboten.

[3] Race-hustling as a career. A talk-show host noted that Andrew Young is basically working the same racial-protection racket as his old civil rights compadre, Jesse Jackson. “The Rev” (as he is popularly known) negotiates large financial settlements with companies to help them avoid “racial trouble.” (This is “code” for accusations of racism he will bring up if they don’t pay up.) As the Bugsy Siegel of his time, Jackson rakes in millions a year for this kind of “protection.” “What were Young’s exact duties with Working Families for Wal-Mart?” asked one talk-jock. And why (ask I) didn’t he expect those duties to take much time? Could it be that he thought the position required no real work? And was he right about that? This stinks to high heaven. I’m disappointed that Wal-Mart executives submitted to a shakedown like this. Hopefully they learned a cheap lesson.

[4] Entertainers are special. Actors, directors and other exalted show-biz personages operate under a different publicity protocol than lesser mortals. Although Mel’s wife probably kicked his royal butt after his late-night escapade, he will ultimately cry all the way to the bank. He is waaay too big to be hurt by something as trivial as some drunken anti-Semitic slurs that probably came from the Protocols of the Elders of Zion.1 At least half of the Democratic Party probably agree with him. (Call it “political outreach.”) Jewish movie moguls were probably annoyed with Gibson for about ten minutes – or maybe until his next boffo film comes out. (Will it show Jewish mobsters “terminating” Pope John Paul I?) I’ll bet $20 that some ambitious reporter will learn that the entire drunk-driving incident and anti-Jewish tirade were just a publicity-stunt to put Mel Gibson back on the front page.

[5] Iceberg dead ahead. Jews have had a great 70-year run in the USA following their horrific treatment by the Nazis, but there are rough seas ahead. Political, academic and media elites have not been so aligned against Jews since the 1930s. The intellectual climate is strongly pro-Islam and anti-Israel, with Muslim congresswomen making anti-Semitic remarks from the floor of the House. Today, Evangelical Christians are some of Israel’s staunchest allies – a fact which must annoy Jewish liberals no end. Neither Gibson’s nor Young’s remarks caused anything like the uproar their statements might have produced 50 years ago. Much criticism of Gibson in Beverly Hills came from movie people envious of his success with The Passion. Andrew Young got in more trouble for representing Wal-Mart than for his ethnic slurs.

[6] The “Alcoholism disease” excuse. If you’re a well-known conservative or just an ordinary schmo who imbibed too freely and banged up your car, you can fageddabout the “disease” shtick. It won’t fly. The judge will be vastly entertained, but he’ll probably jail and fine you. Only lofty liberal personages get to skate on this plea.

[7] Get the Hook! The political ravings of actors and race-hustlers get waaay too much attention from media talking heads who treat their screeds like serious “analysis.” Who cares what Gibson, Susan Sarandon, Goldie Hawn or Alec Baldwin say? They’re entitled to their opinions, of course, but do we have to listen to them? Ditto for Jesse Jackson, Al Sharpton, or Andrew Young. Let’s turn off the TV when they show up.

[8] Issues! Legitimate politicians – especially Republicans – should stick to government and public policy issues. For a demonstration of this principle, look no farther-afield than Donald Trump. He unquestionably was elected because he hammered issues that people cared about and convinced enough of them that he would actually get something done.

[9] Comedy. Conservatives can assume that someone who means them no good is always listening. If you want to be president, play it straight and leave the comedy shtick to the pros in that line of work. Today’s media got no sensayumah.

Whose Ox is Being Gored? was last modified: July 9th, 2019 by Woody Zimmerman