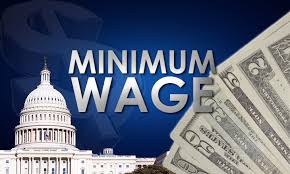 Why A $15 an Hour Minimum Wage Doesn’t Work

The minimum wage is one of our country’s most controversial topics. In recent years, workers advocating for a raise have brought the subject into the national spotlight. Three major cities—Seattle, San Francisco, and Los Angeles—have voted to phase in a $15 minimum wage over the coming years. With the considerable amount of opinions, the facts can become clouded and obscured.

Contrary to what advocates for raising the minimum wage to $15 believe, it will not have a favorable outcome. It will result in an obvious initial boost in low-wage workers’ pay, which will be followed by substantial job loss and increased consumer prices.

Let’s say there is a restaurant that employs 15 workers, and pays them Virginia’s minimum wage of $7.25 per hour. If they all work normal hours, it takes $4,350/week to pay them all. If the minimum wage were raised to $15 that weekly cost of $4,350 would rise to $9,000. Do the math. That would give our restaurant an additional yearly cost of over $240,000. A great deal of small business owners don’t even make that annually. Now, this specific scenario doesn’t necessarily apply to businesses everywhere, but the same principles apply.

Many businesses will not be able to afford this increased cost. Furthermore, a great deal of the businesses that would be able to handle that increase would not prefer to do so. In order to continue operating, businesses may increase the prices of goods and services they offer, lay off employees, and increase the workload of the remaining workers. Back in May, San Francisco began the process of implementing a $15 minimum wage by immediately raising it to $12.25—a 14% increase. Chipotle proceeded to raise the prices at their San Francisco locations by as much as 14.4%.

Businesses are always looking to terminate redundant tasks. Various practicable forms of automation technology are just around the corner. A touch-screen computer will soon replace the process of verbally ordering your Big Mac. Your local Taco Bell cashier will soon be swapped for a small, compact device where you punch in your order and swipe your credit card. If a $15 minimum wage were put into place, a significant amount of businesses will not hesitate in replacing certain jobs with this technology. After all, many won’t have a choice but to do so.

Some studies state that an increase in the minimum wage would increase employment, while others concluded that it would have the opposite effect. This lack of consensus means we have to resort to common sense and logic. A $15 minimum wage will only make it harder to attain prosperity.

Our country is the land of opportunity. If you work hard, it is very likely that you will be rewarded. While the path to higher wages does not entail raising the minimum, please take heart in the fact that your current occupation is merely a stepping stone in your journey of life—by no means is it the final destination. Life is what you make of it. Make something good.

You said in you sub-title ”
A $15 an hour minimum wage isn’t working in Seattle, San Francisco or Los Angeles, it won’t work here either.”
Not much to prove that in this article except that Chipotle raised prices in San Francisco.
Last I heard Chipotle, is doing just fine, thank your very much.
So when you make a claim like that, you better put up or shut up.

In the title you said that the raise “Doesn’t work”. Except for some back of the napkin hypotheses and saying …all your left with is common sense, you didn’t bring anything to the debate to sway me.

I happen to believe that it probably isn’t in the best interest to have $15 minimum wage in the near future. I’m open to a fact based discussion and I’m not out writing articles to sway opinion. If I did, I would come armed with a few more facts.

I’m a good solid conservative republican, but I’m not going to be hood-winked and loose my own common sense to judge an argument based on a least a modicum of facts.

You haven’t made your case to me, sir.

Michael, instead of simply stating the problem with an increase in the minimum wage, offer a solution. This is something for you to learn before you go out to find a job. Bosses do not want to hear about problems. They want to know how you will fix them.

What is your suggestion to the worker making minimum wage? At 7.25 an hour, that person is only grossing around $14k a year (before taxes, insurance, uniforms, travel, etc.). Keep in mind that this amount has not change for quite some time all while cost of living keeps going up. American real wages have shrunk for all types of workers, especially minimum wage workers.

Are you satisfied with the status quo? If so, then your implied suggestion of not making any change is reasonable. If you simply are arguing against a raise but have not considered the consequence of no change, I suggest you get to know the people working at these jobs

Excellent article, Michael. But please consider my alternative – a minimum wage that increases with the age of the worker. If we had a different minimum wage for the 16-year old entry worker as opposed to the 31-year old member of an office building’s janitor staff, then we might mitigate some of the concerns you brought up. Furthermore, having to pay a 37-year old (legal or illegal immigrant) burger flipper at McDonald’s $15 an hour would dry up that market and reduce the incentive for low-skilled immigrants to come here, while giving entry level native born younger workers the opportunity to learn job skills. And one last point. If an employer wants to hire an ADULT WORKER over 30 years old, he or she should pay them a wage that puts the worker at or above the poverty line, rather than what goes on now – low wages to adult workers who then must be subsidized by us taxpayers.

Paying based on age is a bit illegal. Ever hear of age discrimination? That also assumes that everyone who is younger requires less pay than someone a few years older. Utter nonsense.

Age discrimination is illegal? Really? Tell that to the young folks who have to pay higher insurance premiums. Or how about the fact that my term insurance premiums go up as I age. I would think that one could make the case that the needs and financial obligations of a 16 year old are somewhat different from a 30 year old. Don’t you thinks so?

Age discrimination in hiring and salary is not the same as insurance rates. Stay focused here, please

BD – I guess that is a good point, which for the moment I will concede to you. But please try to forget the law for a moment, because laws can be changed. Do you think it is a good idea to have the same minimum wage for a 16 year old and a 36 year old? Do you like the fact that employers can hire adult workers and underpay them knowing that we taxpayers will subsidize the low wages paid by the employer?

Pay should be for the value of the work done and decided in a free market. That does not negate the need for a fair minimu wage which must be adjusted as time goes on. I don’t know of $15 is the right number and I don’t assume that working only 40 hours a week should ensure fully comfortable lifestyle. Perhaps $12 and hour and expect people to work 60 hours a week might be more realistic. The specifics can be argued by economist. I do believe that standards of living and real wages have not kept pace with the 1%ers

But BD, as long as we taxpayers are subsidizing poorly paid ADULT workers, then we do not have a free market! Because employers will know that they can get adult workers to work for $8 an hour. And it is precisely the one-percenters who benefit the most by paying the least, while we middle class schlubs have to subsidize their cheap labor. That is why I say make the one-percenters pay adult workers fair wages, that at least puts them at the poverty level.