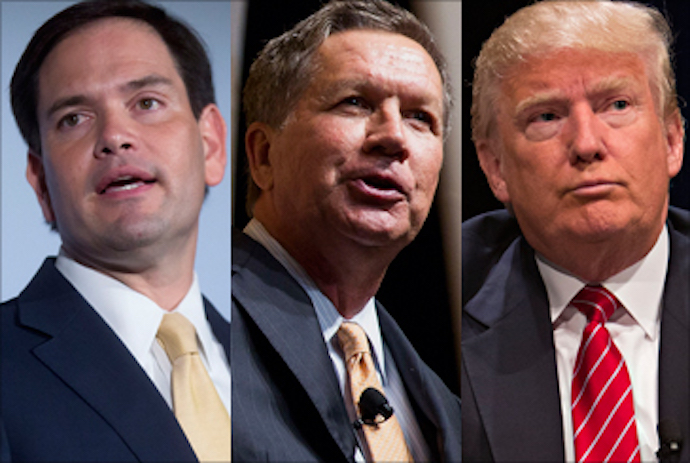 Update: Why all of the GOP national delegate counts are NOT wrong

UPDATED:  Although  I confirmed this story with one source at RPV, another more authoritative source at RPV indicates that the RNC has rejected the allocation resolution (embedded below) adopted by the State Central Committee, and determined that all 49 delegates must be bound by the results of the primary.  News of this was not shared with members of the State Central Committee.  So, I stand corrected, for now.  It remains to be seen whether longtime Republican National Committeeman Morton Blackwell, who believes the RNC members should be allowed to be unbound, will get his way in Cleveland.

There are literally thousands of journalists covering the 2016 Presidential Race.

Not one of them (that we’ve seen) has gotten the count right for Virginia’s Republican delegation.

Under the rules of the Republican National Committee, Virginia is awarded 49 delegates to the national convention to be held in Cleveland. That delegation comprises:

So, obviously, the math is pretty easy: 33+13+3=49. And that’s the math the news agencies have used when calculating how Virginia’s completely proportional allocation of delegates is made based on the results of the March 1 primary.

The problem is that they are all using the wrong number of delegates. Pursuant to the delegation allocation resolution adopted by the RPV State Central Committee last September, only the 46 elected delegates are bound by the results of the primary, leaving Chairman John Whitbeck, National Committeeman Morton Blackwell, and the as-yet-undetermined National Committeewoman (who will be either Cynthia Dunbar or Suzanne Obenshain) unbound (i.e., to vote how they please). Here’s the relevant language:

So, what’s the effect? Politico, Real Clear Politics, the Associated Press, the Washington Post, and others are reporting that Donald Trump got 17 delegates from Virginia, with Rubio at 16, Cruz at 8, Kasich at 5, and Carson at 3. They should really do a little better homework before they report on things this important.

Sorry to break it to the Trump, Rubio, and Kasich campaigns, but you each actually have one fewer delegate than you thought.

Here’s the actual breakdown, based on the allocation of 46 (not 49) delegates (note that the raw percentage must be rounded to the nearest non-fractional number):

This is some minor good news for the Ted Cruz campaign, as their rivals all just took a tiny step backwards. Let’s see how long it takes our friends in the mainstream media to fix their mistake.

Update: Why all of the GOP national delegate counts are NOT wrong was last modified: March 9th, 2016 by Chad Ochocinco

Just a minor but significant correction to the above story, the term of the National Committeewoman begins at the END of the RNC Convention so it will be Kathy Hayden that will cast the votes at the 2016 Convention.

The RNC got rid of the 3 party members from each state being unbound on first ballot, they’re now all bound based on primary/Caucus results. One of the many added rules in 2012 to try to prevent another Ron Paul.

I’m no expert but I’m not sure that is totally correct there are still 112 Republican pledged delegates (not bound) who are unbound because their states and territories; North Dakota, Colorado, Wyoming, American Samoa and Guam I believe hold no primaries or caucuses. Instead, delegates are chosen at state convention without reference to voters’ views on the presidential candidates. This may not be a convention issue except in a close race that doesn’t see either Trump or Cruz meeting the 1,237 necessary for nomination. It will really depend on how far from getting the 1,237 the front runner is as someone at 1,220, the situation could be really different then for someone at 1,120. I also believe that RNC Rule 16(a)(2) providing no mechanism for releasing a bound delegate, for any reason on the first ballot (for some states even beyond) does not apply to these pledged states and territories.

I wondered when this was going to come up it’s the equivalent of the Democratic super delegates and most Republican state parties have such a set aside. It is how Sen. Bernie Sanders on Tuesday night won the Michigan Democratic Primary over Hillary Clinton 49.8 percent to 48.3 percent but ended up losing the delegate count assignment because all the super delegates went to Clinton overriding the popular vote count as these party elites and elected officials votes count the same as pledged delegates, but are unbound by primary results. I’m not sure I see anything other then cynical manipulation in this process but everyone has their definition of the rights of the peoples’ votes in the political party process. It’s a frequently discussed tool among the #NeverTrump crowd along with committing their Republican votes to support Hillary Clinton.

I’ve noticed that, too, but didn’t think it was going to be a big deal in the scheme of things. I wonder how many other states that affects as well? If other states allow their RNC delegates to be unpledged, it really does complicate the math a bit, especially if we get down to a tight Trump vs Cruz delegate count at the end.