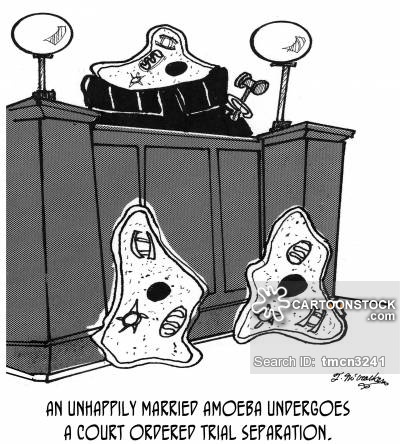 "Order in the court!"

Why Aren’t They Laughing?

We’ve all been there: at the theater some guy laughs when the action or dialog is serious; or gets serious when he should be laughing. It’s annoying, and it shows that the person is ignorant of what’s really going on.

State legislatures have become something like that. Evidently they are full of people who don’t know they should be laughing, not pulling a serious face, after some high court decisions are handed down in their state.

In 2003, the Massachusetts Supreme Judicial Court started the slide toward what is laughably called “same-sex marriage” when they found a state law restricting marriage to male-female couples “unconstitutional,” and “ordered” the Legislature to legalize same-sex marriage within 180 days. Bay State legislators should have been cracking up over this on several accounts, but they actually took it seriously.

“What’s so funny about that?” asked Al (of Al’s Coffee Shop). “You can’t laugh at the State Supreme Court. It just isn’t done.”

Look at it this way, I reply. First, there is the small matter of 225 years. Suppose you and your forebears had been inspectors of a building for the past 225 years. Only recently do you “notice” that something fundamental in the building has been defective for all that time. So you present the owners with a condemnation order and a deadline of 180 days to make repairs. Moreover, you do all this without any visible embarrassment for 225 years of failure to detect the problem.

Will the building’s owners will be happy that it took you (and your ancestors) two centuries to see the defect? And what’s with the short deadline? After all, if it took this long to notice the problem, can’t it wait more than 180 days to be fixed?

Then there is the question of whether something that wasn’t noticeably a defect for all that time is a defect at all. If the building hasn’t fallen down in 225 years, is there really a problem?

Surely that question applies to marriage. Societies have operated effectively for millennia under a universal conviction that marriage is a physical and legal union of one man and one woman. Tacit recognition that other kinds of sexual arrangements exist has not disturbed this basic pillar of our civilization. Suddenly, though, four unelected state judges decide this pillar is defective.

Is it credible that all those societies and civilizations were wrong, while Massachusetts is the first society to discover that this is a problem needing repair? Isn’t this like believing all the cars on a highway are headed the wrong way, while your car, driving against the traffic is the only one that’s right? (It’s possible, but not very likely.) The technicality that such a ruling can legally be made pales next to the overwhelming weight of history.

A republic – which political form includes every state, as well as our federal government – is fundamentally a compact between the People and those who govern them. Under that compact, legislators, governors and judges chosen by the people implicitly promise to be serious people and make wise and intelligent decisions. In exchange, the people promise to uphold good order by obeying and following those decisions.

The compact has survived occasional miscalculations and mistakes by governing elements without coming unraveled. But there is some doubt that it can survive willful foolishness, since it has never before been so tested. An attempt by a state’s high court to redefine marriage falls in the same category as a ruling announcing the repeal of gravity: it doesn’t pass the “laugh” test. (Once this was a recognized jurisprudential proof – often applied by the judges themselves.)

The people of Massachusetts are now entitled to wonder if a court which dispenses foolishness under the rubric of judicial rulings might next decide – in the interest of “fairness” – that people aged 45 should be able to retire on public pensions; or that the age of consent should be 10. “In other words,” I ask Al, “what’s next?”

Legislators in Massachusetts should fully understand the “foolishness limitation” on the governing compact. They should have ignored the Court’s gay marriage decision, or prepared legislation to overturn it. Instead – like the guy who gets serious in the theater when he should be laughing – they took the court’s edict seriously. They have the power to overturn such decisions, but most members seem to have snoozed through the 9th grade Civics-lesson on Separation of Powers. Their state constitution empowers them to declare the “definition of marriage” out of bounds to their state courts.

Massachusetts legislators should have given a hearty Bronx Cheer to their Supreme Judicial Court’s “deadline” for reordering the universe to align with their Robed Eminences’ nuptial visions. Both legislators and justices should also re-read both their State Constitution and the U. S. Constitution. (While they’re at it, legislators might be wise to specify that the courts may not rename the days of the week, may not shorten the day to 22 hours, and cannot stipulate that brunettes should have the same amount of fun as blondes.)

The U. S. Constitution – the model for all state constitutions – does not empower the Supreme Court (or any other court) to “order” either the Executive or Legislative Branch to do anything. Yawning and buffing their nails – even making rude noises with their armpits – are appropriate responses from those branches whenever courts intrude on their turf.

Specific powers of particular branches over the others are these:

Cross-branch intrusions have sometimes caused Constitutional crises. In 1868, the Radical Republican Congress impeached President Johnson when he “disobeyed” the Tenure of Office Act – designed by Congress to restrict his ability to remove members of his cabinet. He avoided conviction (and removal from office) by a single vote. After the dust cleared, the Supreme Court ruled the Act unconstitutional. (Admirable restraint.)

In 2006 the FBI raided the Rayburn Building office of Rep. William Jefferson (D-LA), who was suspected of corruption. After Speaker Dennis Hastert objected, on Separation of Powers grounds, the White House backed off and agreed to return any materials that had been seized. (Rep. Jefferson was convicted of bribery and sentenced to 13 years in prison. A federal judge recently ordered him released for a new sentencing hearing.)

Other attempts by one branch to control another have been unsuccessful and/or controversial. The Independent Counsel Act was a notable example of Congress trying to control the Executive. It was passed by a Democrat-controlled Congress, when the president was a Republican. But after a Democratic President endured a Republican Congress’s Special Prosecutor, the Act was pronounced “unworkable” and allowed to lapse.

In late 1998 the House of Representatives impeached President Clinton on charges that he had perjured himself before a Grand Jury and obstructed justice in Paula Jones’ sexual harassment lawsuit. Although the process was constitutionally legitimate, and the charges demonstrably true, the Senate declined to convict Mr. Clinton. Some Senators said removing the President would harm the country, even though they considered his conduct reprehensible.

Congress has generally declined to exercise its power to restrict the Supreme Court’s appellate review jurisdiction, although many calls for it to do so have been issued during the “judicial activism” era (1940-present). Should the Congress do so, and the Court defy the prohibition, the Mother of all Constitutional crises might result. (Perhaps this fear explains the reluctance of Congress to exercise the power.)

Conversely, the U. S. Supreme Court has avoided giving “orders” to either the Congress or the President for the good reason that it has no authority to do so. But state courts have become bolder about this with state legislatures, and so far are getting away with it. There is no reason why they should. State supreme courts have no power to order legislatures to act (or not act) in any matter. Massachusetts legislators should have ignored their Court’s “orders,” not pretended that they had no choice but to do its bidding.

Of course, it’s possible that legislators like it when the courts “order” things they favor but would be afraid to enact in front of God and everybody. They can claim the courts have taken matters “out of their hands.” Large numbers of ignorant citizens will believe them. Makes a nice cover.

One cannot help suspecting that this was true for the Massachusetts Legislature in the “gay marriage” case. The court’s ruling permitted legislators to posture against gay marriage – polls showed that 70% of the public opposed it – while piously claiming they were “just following orders” by legalizing it. (The judge-made-me-do-it defense.)

Trouble is, “powers” (in the governmental sense) are something like pathways through your property. Exercise reinforces the right. Under English Common Law, if people regularly use a path across your property, you must block it once a year – else the public will gain the legal right to use that path in perpetuity.

Just so, legislatures that keep taking orders from the courts will gradually establish the courts’ “right” to boss them. Eventually, though, issues could arise that will make them wish they hadn’t allowed that “pathway” to get so well-established. But by then the courts will be so accustomed to seeing the legislature jump on command that getting them weaned off that expectation will be tough. Thus, legislators bestirring themselves to early action might prevent a real brawl later.

Those power-separations are important. They protect the integrity of the states and of the Republic, as well as the rights of the People. They should not be sacrificed, trivially, just so controversial issues can be “enacted” by the courts without the messiness of fighting real legislation through the legislature.

Passing new law is difficult. It was meant to be. It was supposed to be possible only if the people countenanced it. Today, that concept seems almost radical, so accustomed are we to seeing the courts deconstruct our laws and “order” new ones that we don’t want.

The Founders saw the Courts as Guardians of the Constitution – a layer of safety placed above the expected radicality of elected legislatures. Today, with courts radicalized almost beyond reclaim, and raining foolishness down on society, the role of guarding both the Constitution and our Civilization has fallen, by default, to state legislatures and to the U. S. Congress. The Massachusetts legislature’s failure to reject this judicial usurpation of power will have far-reaching effects on their laws, their culture, and their people’s ability to govern themselves.

Why Aren’t They Laughing? was last modified: October 22nd, 2017 by Woody Zimmerman

Congress needs to abolish the ‘blue slip’ rule so Trump’s judges can be nominated and confirmed. We need to change the judges before the rest will change.

we need Trump to stop playing the fool before anyone trusts him with important decisions.