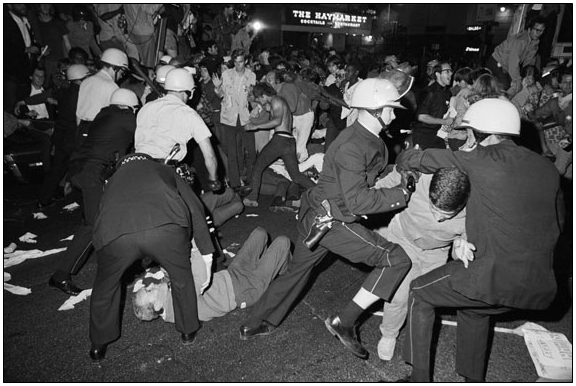 Police gripped their riot gear as a nation shattered by violence and division awaited tragedy at the Republican National Convention. As protesters at Trump rallies turned violent in California and New Mexico in the spring, many had assumed protest would break out into warfare in the streets of Cleveland. Now as the convention comes to a close, it seems the presumed 4 days of tension were nowhere to be found and instead people of all backgrounds finally found peace.

Cleveland police began preparing for violent riots months ago. Politico reported back in March that the mayor of Cleveland announced he would spend a significant portion of the $50 million in federal security grants on 2,000 sets of riot gear.

This seemed like a warranted expense after raucous protests such as in Costa Mesa. Just 3 days before the convention began The Boston Globe wrote, “Protesters are preparing for Donald Trump’s nominating party under heightened tensions in an already volatile political climate. Anxiety has been building for months, stoked by an angry electorate that fueled Trump’s rise and by the candidate himself.

This narrative was backed by the New York Times warning of “unruly visitors” and NPR writing of the “potentially volatile GOP convention” which promoted the view that the Republican National Convention would be most violent since the Chicago 1968 Democratic National Convention — and naturally Trump was to blame.

After a May Trump rally in Chicago erupted into violence, Breitbart writer Mike Flynn analyzed the connection to violence surrounding Trump and Chicago. Flynn notes how the violence of 1968 actually assisted Nixon in achieving a decisive victory. Nixon ran a strong Law and Order campaign and the riots served as proof that this campaign was necessary.

The campaign Nixon ran is strikingly similar to the platform Trump set up during his acceptance of the nomination, consistently reminding Americans of the necessity for law and order following the racial violence throughout the country.

But now the convention has happened with no major hostile protests, violent outbreaks, or brutal riots.

Although this does seem to be an anomaly in our modern era. Since the shooting of the Dallas Police officers and Philando Castile, CNN has reported hundreds placed under arrest during protests two weeks ago in New York, Chicago, St. Paul, Minn., and Baton Rouge, La. which broke out into terror.

While media and Democrats used these arrest as evidence of the division in our nation, the RNC had a very different tone.

The Washington Post of July 2016 explains that instead of riots, Trump supporters at the convention in Cleveland could be seen with dancing in the streets to musical groups made on the spot of all races and ethnicities. Groups such as Love on Legs and Cleveland Cuddlers walked around providing free hugs, and sports fans joked about the Cavaliers and the Miami Heat.

While small protests did occur, they were largely reported as individuals or small groups with no hostile violence threatening the positive activity.

An eruption of violence protesters might have secured the image of an obligation to elect Trump, as it did Nixon in 1968. However, this also calls into question the driving force for these movements. If the protest is meant to be an organic display against the brutality of police, why must a political motive prevent an opportunity for the discourse the movement sees so vital to their success? Are the protests staged?

The nation had reason to fear tragedy in Cleveland, but instead simply saw the uniting of the GOP around Trump at an otherwise successful convention. While media groups still focus on the few aggressive members of the crowd, the unfortunate reality for Democrats is that Cleveland gripped for violence but instead found relative calm in Trump’s presence.

If you replace the word “Democrats” with the phrase “The usual fearmongers who enjoy to scare the hell out of you for no justifiable reason except pageviews and ratings”, then I like your article.

Another doom-and-gloom scenario never happened. Consider me not surprised in the least.