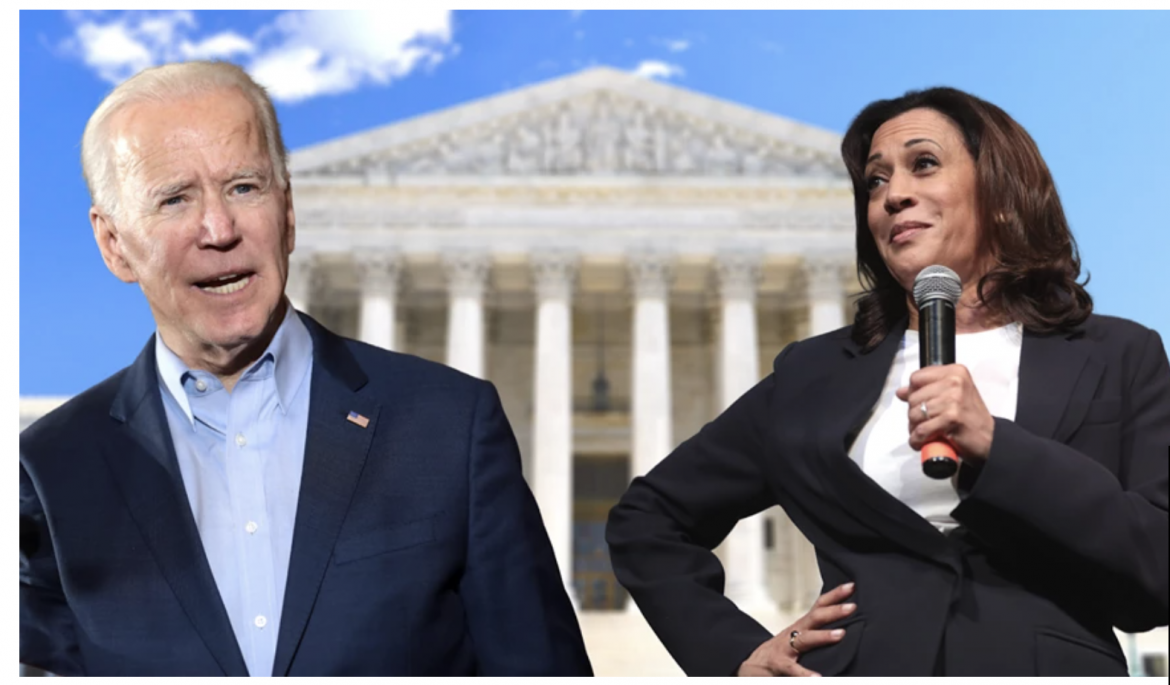 The most controversial issue in this Presidential election is a question that Joe Biden and Kamala Harris refuse to answer. “Whatever position I take on that, that will become The Issue,” Biden has said. “The Issue,” as Biden called it, is one that would change the history of our Republic forever. What, then, is Court Packing? And still more importantly, what is its sister strategy, Senate Packing?

But if Biden is elected, the consequences could be far more drastic and permanent than FDR’s 1937 Court Packing plan ever could have been. And that is because of a related concept that Democratic leadership supports: Senate Packing.

Senate Packing is gerrymandering on steroids. A Democratic Congress would admit new blue states to the Union to ensure that Republicans could never again retake the Senate (and thus, never reverse the Democratic Court Packing).

Three days after Justice Ginsburg’s death, the New York Times published an op-ed advocating for both Court Packing and Senate Packing as retaliation if the Senate confirms Amy Coney Barrett to the Supreme Court.  Nine days after the op-ed, Senate Democratic Leader Chuck Schumer told MSNBC that statehood for D.C. and Puerto Rico was on the table if Amy Coney Barrett is confirmed. Joe Biden, prior to the vacancy even arising, has been clear that he supports adding D.C. and Puerto Rico as states.

On October 9, a reported asked Biden about Court Packing: “Don’t the voters deserve to know—” “No, they don’t deserve,” Biden interrupted.  The real issue, he said, is not Court Packing, but Trump’s nomination of a Supreme Court justice “in the middle of an election,” because it is the “first time in history it’s ever been done.” Biden has repeatedly used his “first time in history” claim to dodge questions about Court Packing. But Biden’s narrative is historically false. From the founding of our Republic until September 2020, there have been 29 vacancies in the Supreme Court during a Presidential election year; and all 29 times, the President has nominated a replacement. So what Biden claims is “the first time in history” is actually the 30th time. (In fact, 22 of America’s 44 Presidents have made such election year nominations.) A President’s nominees in an election year have typically been confirmed if the President’s party controls the Senate, and typically rejected if the opposing party controls the Senate.

During the Vice Presidential debate, Kamala Harris deflected questions about Court Packing by telling a “history lesson” (which also happened to be false) about Abraham Lincoln: that in 1864, when a vacancy arose at the end of Lincoln’s first term, Lincoln declined to fill it, because “Honest Abe said, ‘It’s not the right thing to do. The American people deserve to make the decision.’” (In reality, Lincoln said no such thing. The real reason he did not nominate a successor was because the Senate was out of session until after the election.)

Historical falsehoods notwithstanding, the implication of Biden, Harris, and Schumer’s arguments is clear: President Trump has committed an unprecedented wrong by nominating a new justice in an election year—a wrong that justifies a much greater departure from precedent. However, their expressed desire to let the “American people … make the decision” coincides with an insistence that the voters “don’t deserve” to know their strategy for retaliation. If Biden accomplishes Court Packing and Senate Packing, then the 2020 Election will have been the last meaningful opportunity for the American people to decide the direction of the Supreme Court.

Why Court Packing and Senate Packing are the most important issues in the 2020 election was last modified: October 16th, 2020 by Guest Contributor Eric M. Lansing

Eric M. Lansing is an attorney representing local governments in Virginia. He lives in Richmond, Virginia with his wife Megan.