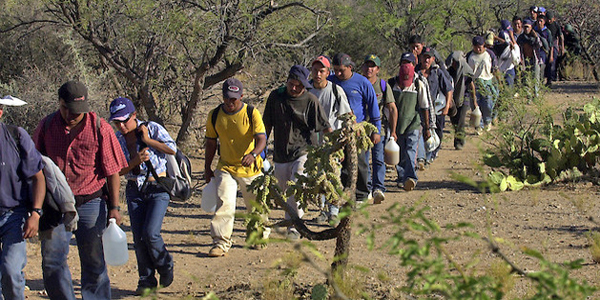 Why Donald Trump Will Win in November

As Donald Trump racked up lead after lead in last year’s presidential primary public opinion polls, respected pundits and adherents to conventional political wisdom all regarded his frontrunner position as a temporary aberration. Like Herman Cain’s from four years previous. None of the commentariat (this author included) thought his strength would last, and all expected the electorate would come to its senses in time to avert his nomination.

Then came the shock of victory after victory in this year’s primaries, culminating in Ted Cruz’s withdrawal from the race, and the inevitability of a Trump nomination. “I feel like I got smacked by a two-by-four,” remarked a Virginia Republican activist to the Washington Post. Still, though, the conventional conservative wing of the GOP couldn’t come to grips with the reality that the landscape had shifted under their feet without them ever becoming aware, until it was too late. (And make no mistake…it is too late…the prattle about him withdrawing or RNC replacing him is hogwash).

Trump achieved this success even after dozens of high profile verbal miscues and violations of acceptable and politically correct norms of public discourse. In fact, he won not so much despite these as because of these. In a way that few of his earliest supporters have been able to verbalize, Trump’s angry, brash, and reckless disregard of the widely-accepted rules of politics is part of his appeal: he doesn’t want to just stop the wheel, he wants to break the wheel.

So now, not only do Republicans have a candidate whose personality and public morality many conservatives find odious, they also have a candidate who has left behind certain tenets of mainstream post-war Republican conservatism. Namely, this includes a desire for limited, constitutional government at home and a dynamic globalism abroad—animated by American capitalism and underpinned by American guarantees of security. Instead, he has trumpeted an “America First” isolationist ethos that eschews the liberal international economic order that created an unprecedented level of prosperity around the world over the last 70 years.

“Americanism, not globalism, will be our credo,” Trump declared at the Republican National Convention in Cleveland, underscoring the seriousness of his hints about abandoning American treaty obligations and his declared intentions to revisit the agreements governing trade with the rest of the world.

This populist rhetoric ultimately will likely be effective for Trump’s immediate purposes. It strikes a chord among a broad swath of the population not acquainted with the basic economic imperative of free trade (i.e., as Adam Smith explained in the 18th Century, never make something at home if it’s cheaper for you to buy it elsewhere), and provides him a boost among blue collar voters and the non-partisan middle class. But this is not the message that will pull Trump across the finish line this November.

Instead, what is going to lead to Trump defeating Clinton is the same thing that rocketed him to the front of the GOP pack last year: borders and sovereignty.

Trump’s message on immigration is encapsulated by “Build the wall.” This is a brilliant bit of political messaging that cuts through typical politician-speak and connects with voters in an unequivocal way that his adherents find refreshing, and even uplifting. “Build the wall” stands for more than just the erection of a barrier along the Mexican border; it also connects with voters’ desire to hear something more than the carefully-caveated and ultimately hollow rhetoric of typical politicians. In its simplicity and bluntness–delivered without a moment’s deference to political correctness–Trump convinces people he means business, and that he’ll actually deliver where others have always made false promises.

And make no mistake…the American people, by and large, will support Donald Trump’s vision on immigration. Yes, he’ll be painted as racist (of course), and yes, the rhetoric naively glosses over the practical realities, both in terms of how Trump will accomplish his goals and in the challenges restricted immigration pose to the modern economy.

Voters will nonetheless rightly see Hillary Clinton as a continuation of a shameful system built on calculated tolerance of illegality, and they’ll see Trump as the means of smashing that status quo. For every voter Trump loses for questioning the biases of a Mexican-American judge or demeaning the sacrifice of a Muslim Gold Star family, he’ll gain that and more when his views are contrasted with the leftist orthodoxy to which Hillary Clinton is inextricably bound.

A vote for Hillary means more sanctuary cities and deferred action for childhood arrivals—in other words, more incentivizing lawlessness at the border. A vote for Trump will be regarded as being for restored law and order, more jobs, and less of our hard-earned tax dollars supporting the livelihoods of non-Americans.

And, for every freshly-scrubbed and bright-eyed DREAMer featured by Clinton to bathe illegal immigration in a warm glow, Trump will have a Kate Steinle to vividly illustrate the tragic consequences of failed policies—the failure of which has been abetted by decades of irresponsible and dishonest leaders in Washington.

It’s no secret that Trump was my last choice to be the GOP nominee. I just didn’t “get it,” as my friends who are big Trump fans have told me over and over again. Clearly, they’re right. Trump has found and is rigorously exploiting a common denominator that unites a broad swath of disaffected voters across various demographics and regions (a voting bloc that, incidentally, traditional polling models likely don’t accurately capture). Together with more traditional right-leaning voters who hear just enough from Trump to make him a more attractive choice next to Hillary Clinton (a pretty low bar), Trump is building a coalition that can win despite his past and future “gaffes.”

One can dispute the accuracy and wisdom of his message. But to deny that it is effective–and likely to ultimately be successful–is to not have learned a thing from Trump’s successes over the last year.