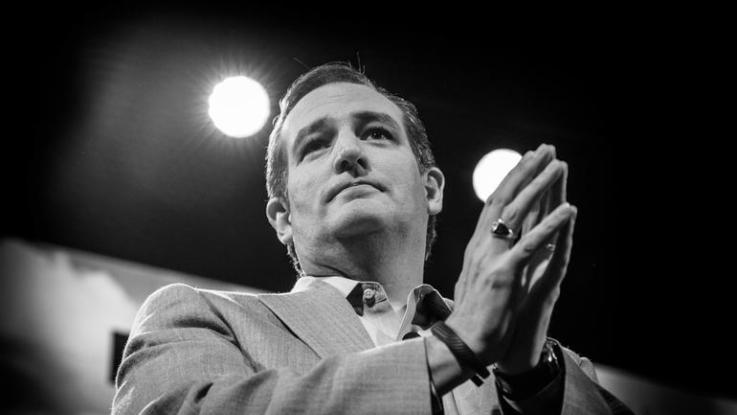 Why Everyone Should Vote for Ted Cruz

The candidacy of Senator Ted Cruz has been remarkable, though overshadowed by the rise of populism and Donald Trump, Hillary Clinton’s server scandals, and the shockingly successful socialist candidacy of a Vermont Independent. As we move into the second half of the primary season, I wanted to write one last argument in favor of the Texas Senator, laying out the case for why Ted Cruz is the best candidate left to lead America forward.

Ted Cruz is a strict constitutionalist. Republican, Democrat, or Independent, Senator Cruz will look out for your Constitutional Rights. While many are turned off by Cruz’s seeming televangelist flavor, it is important to understand that as President, Senator Cruz would protect the religious liberty of Muslims, Atheists, Christians, Hindus, Pagans, and Jews. Yes, he is a Christian and, yes, he likes to speak about his faith, as any Christian is want to do; but that does not mean that he believes in legislating faith. He does not. He’s a Constitutionalist through and through.

Ted Cruz, like most Americans, is concerned with ending the corruption of both political establishments, the federal bureaucracy, and the crony-capitalism which has become entrenched on Wall Street and K Street. Ted Cruz does not support lobbyists. Cruz campaigned against Ethanol Subsidies, in Iowa of all places, and won. Cruz campaigned against oil subsidies in Texas and won. Senator Cruz has spoken at great length and consistently for years about the cronyism and corruption in Washington D.C. and has begged the American People to rise up against it. Mitch McConnell and Harry Reid despise Ted Cruz – could there be a better endorsement?

Ted Cruz grew up ambitious and graduated from Princeton University, catapulting him into the caucuses of America’s elites, though he never befriended them. Senator Cruz worked on President George W. Bush’s 1999 campaign, but never sold out in order to fit in. George W. Bush firmly believes that Ted Cruz is the biggest threat to the GOP Establishment (again, a better endorsement?). From 2003 to 2008, Ted Cruz served as Solicitor General in Texas, arguing 9 cases before the Supreme Court and winning a majority. In each case, Ted Cruz was fighting for our liberty, individual sovereignty, and constitutional rights. Still, he never sold out.

In 2012, Ted Cruz took on the wealthy Republican establishment candidate for Senate and won; not by making deals with powerful special interests, but by opposing them. Against all odds, Ted Cruz won, and immediately began doing everything he promised he would do for the citizens of Texas. Ted Cruz won the Texas Republican Presidential Primary in a landslide, because Texans understand just how principled and committed Senator Cruz is to a core constitutional philosophy.

I understand that a lot of people don’t like Ted Cruz – they don’t like his personality, or how he speaks, or how he looks, or even how aggressive he is in taking on the elites in his own party. I understand wanting to vote for a candidate you could have a beer with (in the case of George W. Bush or Bill Jefferson Clinton) and I understanding voting for something historic, like the first African-American President.

What I don’t understand, is after nearly 16 years of out of control federal expansion, spending, and debt, how any American could support one of these other candidates who seem entirely focused on even more expansion, more spending, and more debt. Hillary, Donald, and Bernie all promise beautiful slogans, but they are also promising more of the same. Forget the slogans. Look at their records. (I will say, Bernie Sanders is the least establishment of the three).

Democrat, Republican, or Independent – aren’t you tired of all this corruption and government and regulation and this enormous debt which hangs like a cloud over your children and grandchildren? There is only one candidate still running for President that is even remotely interested in addressing it – and that’s Senator Ted Cruz. You don’t have to like Ted Cruz or want to share a beer with him in order to vote for him.

Here is some unsolicited advice: Don’t vote for candidates. Vote for principles. Don’t vote for political promises. Vote for what a candidate has actually accomplished – their record. Don’t vote to make your family and friends happy. Vote to secure the constitutional rights and liberties of your friends and family, whether that vote makes them happy or not.

I understand why this election is all about Donald Trump. Donald Trump is a celebrity and a firebrand. He brings in the ratings, the controversy, and the crazies (on both sides). The media loves him and loves to hate him. He’s all anyone is talking about, writing about, or complaining about at work.

What I don’t understand is why so many Democrats and Republicans support him, when he has no political record or philosophy, outside of the fact that when he needs something, he’s purchased politicians who would make sure he got it. I truly do not understand how Democrats or Republicans could side with Trump over Senator Ted Cruz – when we all know that Ted Cruz will fight for American Citizens against both establishments and the corruption on both sides (including the donor class, Wall Street, K Street – i.e. all of Donald Trump’s and Hillary Clinton’s friends).

If you are a Marxist or a Socialist or a liberal populist, I understand your loyalty and enthusiasm for Senator Bernie Sanders. He’s the real deal. He’s not a pretend-socialist. If that kind of Government is what you’re into – then he’s your guy.

What I don’t understand is why so many Democrats and Republicans support him, when he has no political record or philosophy, outside of the fact that when he needs something, he’s purchased politicians who would make sure he got it. I truly do not understand how Democrats or Republicans could side with Trump over Senator Ted Cruz – when we all know that Ted Cruz will fight for American Citizens against both establishments and the corruption on both sides (including the donor class, Wall Street, K Street – i.e. all of Donald Trump’s and Hillary Clinton’s friends).

If you are a Marxist or a Socialist or a liberal populist, I understand your loyalty and enthusiasm for Senator Bernie Sanders. He’s the real deal. He’s not a pretend-socialist. If that kind of Government is what you’re into – then he’s your guy.

But if not – then you have a clear choice before you. Ted Cruz has kept every promise he made to the people of Texas and he will keep every promise he made to the people of the United States of America. Republicans should rally around this and be excited by this. Democrats, on the other hand, while I know that ideologically you have no affection for many of the promises that Ted Cruz has made, I can tell you that he will do more to tackle Wall Street corruption than Hillary Clinton or Donald Trump. I can tell you that if you don’t want your children to be saddled with debt because of Corporate Welfare (billions of dollars for billionaires), then it’s Ted Cruz, not Hillary Clinton, you ought to be supporting. I can tell you that Senator Ted Cruz will not infringe upon your political, civil, or economic liberties – that he’d scale back expensive regulations which make it impossible for you to move from the lower-middle to upper-middle class.

Maybe he seems like too much of a preacher. Well, his dad is a preacher and we all take after our folks in one way or another. So stop looking at the way in which Senator Cruz comes off when he’s on stage and look, instead, at his voting record, at his record before the Supreme Court, and at the tremendous support he has in the State where the citizens know him best.

I’m asking, one last time, for Democrats, Republicans, and Independents to take a look at Senator Ted Cruz for President – because I believe he is the only candidate that will begin to walk Washington D.C. back from the brink of corruption and fiscal catastrophe.

While I have campaigned for Senator Ted Cruz – I agree with Ted Cruz that these #NEVERTRUMP or Let’s Steal The Nomination At The Convention strategies are wrong and damaging to the Republican Party and the country at large. Now that we’re down to four candidates (to Donald Trump, Ted Cruz, Hillary Clinton, and Bernie Sanders) and after all this media obsession over the celebrity of Donald Trump, I believe that Ted Cruz has the best path to the nomination and the 1237 delegates needed to win the nomination outright.

Democrats – I know you like President Obama. He’s told you exactly what you wanted to hear for nearly eight years. That said, the top 1% is wealthier than at any other time in American History, Wall Street is thriving (at your expense), and the lobbyists in Washington D.C. are rolling in your hard earned tax dollars. Truly, I don’t even think President Obama likes these people – but still, look at the result. Hillary Clinton, on the other hand, spends all her time with these people. Do you really believe she’s going to look after you? Deep down, I know you do not.

I understand that most of you are voting for Bernie Sanders, but should Hillary Clinton and your Democrat Party Super Delegates steal the election ensuring a Sanders’ defeat, I hope you will consider voting for Senator Ted Cruz.

Donald Trump supporters – I know you believe he’s as smart as he says he is, that his hands are of the correct Ron Jeremy proportion, and that his business acumen will translate into presidential acumen. Understand, however, that Donald Trump and his companies could never have survived without political favors. He’s said this time and again. Subsidies, eminent domain, and favors are why he contributed to these establishments of both parties. If Trump fails to win the Republican Nomination for President, I hope that you will throw your full support behind Senator Ted Cruz, a real conservative and a great American – and the only candidate who will take on the crony-capitalism which has corrupted our government over these last many years.