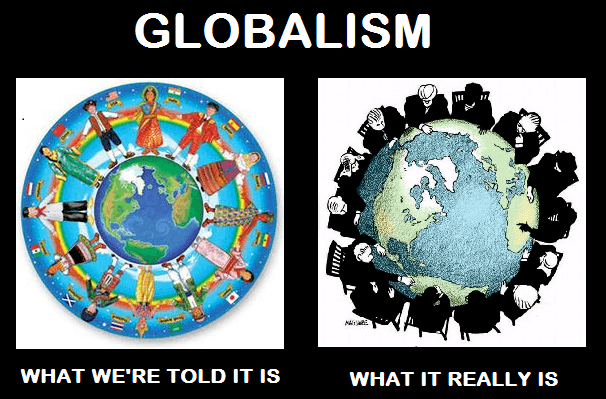 Why I am not a citizen of the world

Look, I love some of my liberal friends to death and I support human rights around the globe. Let liberty and justice be afforded to all those that yearn for it. However, the ridiculous connotation of this ‘Citizen of the World’ misnomer has to stop.

I am securely fastened to the reality that I am a Citizen of the United States of America and a taxpayer of the Commonwealth of Virginia. The global state does not exist, and even if it did I would want NO part of it.

To create one overarching jurisdictional Babylon would effectively deprive billions of a voice and erode not only individual liberty but also language and eventually culture. You think your vote doesn’t count somehow now? The government that governs least governs best, but it is also the government that governs local that governs best. Placing every human being under one body of law diminishes the power of the individual, and it is the individual’s standing as not a subject but as a client that powers our principle of self government. How come our leaders and policymakers can’t see that?

The Virginia Beach School Board states on their website that the purpose of their school system is to “empower every student to become a life-long learner who is a responsible, productive and engaged citizen within the global community.“  As a board member of the Hampton Roads Transportation Planning Organization, I was taken aback by a staff liaisons comment that she considered herself “a Citizen of the World” and that we were changing the title of our group from the Citizens Advisory Board to the ‘Community Advisory Board’. Even our 2nd District Congressman Scott Taylor was videotaped at a rally embracing “global citizens.”

Is globalism the boogeyman? No, we benefit economically and culturally from reasonable trade and interaction.  However, I will say loud and proud that I support the sovereign nation-state and hope those in charge realize what is at stake.

Why I am not a citizen of the world was last modified: May 3rd, 2018 by Guest Contributor Dylan Lloyd

Yes, exactly. End Dillon’s Rule in Virginia. Get the jackasses in Richmond off our backs. The General Assembly should be limited to regularly reviewing the state flag, checking the lyrics of the state song for hidden meaning (especially when played backwards) and rotating both the state bird and state fish designations (no specisism!). They can go to Richond twice a year and write thousands of commendations for Virginians for doing almost anything and have those commendation enacted as pseudo-bill.

The Goverment that Governs the least…..????
That quote is old history.
Obama didn’t govern when it came to the border.
Then he gave us DACA and DAPA that lack of governing gave us MS-13.

You want an example? Western Europe in decline as a direct result of totalitarian socialism and totalitarian Islam.

I will make NO apologies for Americanism or American exceptionalism.
I believe socialism is a direct conduit to communism.
Why do we trade with Communist when they never offer freedom to their citizens?
USA, USA, USA!

You and I are hated by the swamp because we believe in the goodness of the American ideals and her citizens. In Western Europe, the populace is subjects while here we are citizens. If you ever doubt that, look at the UK, Swedish, French and German thought police who actually are government employed police. Speak out of turn and face fines and prison for hate speech.

The pic used in this article is how I feel.

On the left;
Democrat, Reminiscent of the Coke commercial, I want the world to share a coke.
What a feel good bunch of hippies who think they can save the world.

On the right;
Republicans Corporatist who hold down the genius and the can do attitudes that make America the shining city on the hill.

I often think of early America and the black and white photos of the dead Buffalo spread across a field while the fur is piled up by the tracks waiting for a train to pick them up.

We have everything we need right here in America yet the greed aspire for more.

We can’t tax our way to prosperity nor can we exploit others fruits of their labor to it either.
The same coin that these Democrats and Republicans spend have absolutely no value to prosperity for America and Americans.

Scott Taylor says he is a Republican. What is he doing addressing a George Soros conference?

Scoring points, making friends, doing the job that no Conservative would do.