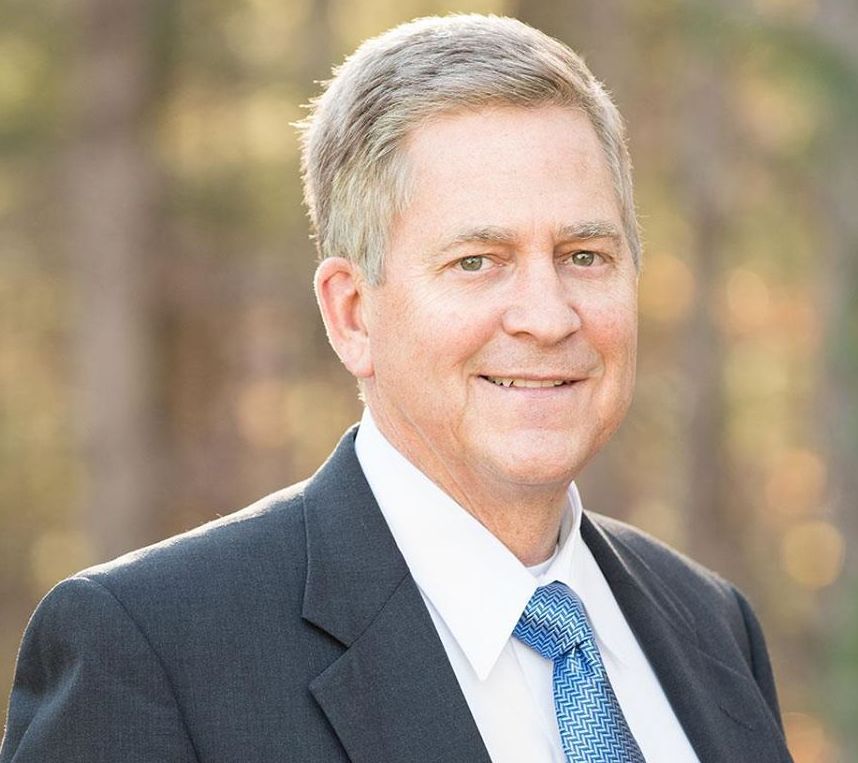 This article is written on behalf of one of the finest Americans I’ve ever had the pleasure of knowing, Mr. Scott Sayre.  Scott is running for re-election as 6th District Chair, and he deserves to be re-elected.  Scott has listened to the GOP base and understands and respects us.  Scoot and his Merry Band of Warriors (of which I consider myself a part of the group) has been open and inclusive in dealing with activists in the 6th CD.  Where Scott’s predecessors took their orders directly from incumbent politicians, Scott has been listening to what the base wants.  One thing that movement conservatives like myself wanted was an end to the Incumbent Protection Act.  In years past, any incumbent could determine the nomination method, virtually ensuring that each incumbent could not be removed during an interparty challenge because they could control the nomination method.  2015 and Senator Emmitt Hanger (Staunton) being the best example.

Senator Hanger is a man who does not represent the good people of his district, but represents special interests in Richmond.  The list of him voting against the wishes of his constituents is too long to list on here.  In 2015, Senator Hanger found out he would be contested for the nomination, and chose to run in a primary.  Since Hanger had 2 challengers (Dan Moxley and Marshall Pattie), he knew that it would be impossible for either challenger to raise campaign funds or get any traction.  The activists of Augusta/Staunton wanted a convention, but Hanger chose a primary.  End result?   Hanger raises hundreds of thousands of dollars from PAC money, the 2 challengers cancel each other out, and now  RINO Hanger represents Staunton/Augusta.

However now the individual GOP Committees (be they county, city, or Delegate/Senate Districts) can have their own nomination process, and one which represents the will of the people.  Not the will of politicians.  This important law got through only because of the hard work of Chairman Sayre, Matt Tederick, Ken Adams, Anne Fitzgerald, Dan Moxley, Al Tucker, Sandy Gates, Steve Kurtz, Karen Kwiatkowski,  and so many others too numerous to mention. (For the record, as the Chairman of the Shenandoah County GOP Freedom Caucus, I acted in an advisory role to the parties bringing the lawsuit).

Previous CD 6 Chairs had opposed overturning the Incumbent Protection Act, trying to have rules passed to bar individual Committees from bringing lawsuits that had not been vetted or approved by the Republican State Central Committee.

Chairman Sayre has been a godsend to precinct chairs and to other volunteers as well, driving up and down the Valley and the rest of the 6th Congressional District training activists in how to organize precincts.  John Bost (Strasburg GOP Precinct Chair) and I (6th Magisterial District Chair Shenandoah County) have received a lot of help from Scott in how to organize a precinct and how to recruit volunteers.  Here are the results of Scott Sayre’s help:

In Strasburg alone, from 2008-2013 (when the old guard was in charge of my local Magisterial District) the average GOP percentage of votes in Strasburg in contested races was 60.2% (this for all contested Gov/Presidential/Congressional/Senate)) races.  From 2014 through 2017, with my team (again trained by Scott Sayre)  and the results have been as follows:  Strasburg is now receiving 65.5% GOP support in each contested election (these numbers come from the Virginia State Board of Elections).  Just think if we had this type of turnout improvement in all precincts/Magisterial Districts in Virginia?  Trump would have won in November 2016.  This in an area which many locals had feared was trending Democratic.  Sorry but North Shenandoah County was not trending Democratic – the old guard GOP was not interested in turning out voters, and Team Sayre is.  You can see the end results.  Now imagine, just imagine, the same results we have achieved in N Shenandoah County, and put them in the rest of the Commonwealth.  Virginia is reliably red again.

This is the type of leadership that CD 6 needs.  Far reaching, great vision for the future of the GOP and CD 6, yet paying attention to the basics, and to the base as well.   Scott’s opponents will say that he divides the party.  However these people are the ones who are dividing the party by not supporting duly nominated GOP nominees or by saying foolish idiotic things like “The problem with the GOP is we need to get rid of all conservatives”.  Scott Sayre and Team Sayre are uniters, and many who oppose him are the dividers.

Contrary to public statements by supporters of Mr. Sayre’s opponent in the race, Scott was a Trump supporter from the beginning.  And if we had more leaders like Scott Sayre, Trump would have won Virginia.

For the record, Mr. Sayre’s challenger, Jennifer Brown, is a very talented woman who is both intelligent and has a great future in the GOP.  She is someone I look forward to supporting in some future endeavor.  However during this critical time in Virginia history, it’s safer we go with a proven vote getter and reformer like Scott Sayre.

Scott does have unfinished business.  He has been a tireless warrior to get RPV to let go of voter data and get the voter data to the local committees in such a way that they can use it and update/keep it to enhance candidates at the local level.

This is why I support Scott Sayre, and ask that you do so as well.

Even though I can not be a delgate in the 6th District, I completely endorse Scott for Chairman. His work on “Think Local, Win Bigger” and using rVotes to own your data that can be refined for future elections will break the back of the Consulting Class, where taking data from your current gig to sell your next gig will be stopped. We are using rVotes to manage our delegate identification process here in Fairfax and have developed some ideas on how that system can be used to GOTV at Conventions.

Really? Because in 2016 when I came on board to help turn out the vote in Augusta County, none of the committees wanted me to work in their headquarters or recruit volunteers from their committee members because I had agreed to use the Advantage app through RPV and not the ill-formed rVotes. As a newbie, it was extremely discouraging to get caught up in the 6th district infighting that, to me, seemed to be coming from the Sayre’s camp. And all the manuvering was done secretively. At least with Jennifer Brown you know where she stands and that her goal is to grow the party and win big TOGETHER!

Having spent 14 years actively campaigning in Staunton, I can tell you, each year we collect data and it gets sent to whichever candidate is running (and it stays there). I’ve knocked on doors and made calls for for Kilgore, Gilmore, Allen, Gillespie, Bush, McCain, Trump, McDonnell, Cuccinelli, Romney, etc and guess what, we lost all of our work because the following year it was a different candidate with a different database. As we explained to everyone who asked in 2016 and 2017, with rVotes, we collect data and it stays with us. This is a great advantage to our local folks who are running for school board and city council. It does us no good to continue to collect year after year, spin our wheels, rinse and repeat. There was nothing done in secret; everything is in the minutes.

Anne, I get it. I’ve never seen any data from rVotes so, my only way to evaluate the app is consider who uses it now. Who does use it now in an effective way? No one that I know of. 2016 was not the year to make a stand on which app volunteers HAD to use, we needed all hands on deck but alas…you know exactly how I was treated even though I was willing to partner with anyone who wanted to knock on doors using both apps. I’m more upset about the way common committee members like myself aren’t given full disclosure of information that the 6th District committee seems to keep to themselves. You had my support on some of your principles but Augusta County committees have shattered my faith in local politics. For instance…..this delegate situation for the convention. Had I been told that the game was to stack the deck with one time participants from family, friends, and church memebers to vote inline with my principles, I would have been finding delegates to do the same. But my one vote will be outnumbered by the efforts that some 6th District committee members have been making to gather delegates that they have primed to vote their way….and all this was happening way before anyone explained the ropes to me.

Sadly our County Committee did not allow for an app in 2017.

We hit a record in Augusta County too but not because of rVotes. I am absolutely for anything that increases our voter turnout, empowers local committees, and grows the Republican party. However, I cannot contribute any of those positive outcomes to rVotes or the way that 6th District “insiders” have a clear advantage in Augusta County to get their way….not necessarily the way or the will of the local committee members. But I am learning. And maybe when I have 14 years+ under my belt, I will know all the tricks of the trade as well. Thanks for the dialogue though. I can appreciate the passion involved in each opinion, even if we aren’t in agreement about everything.