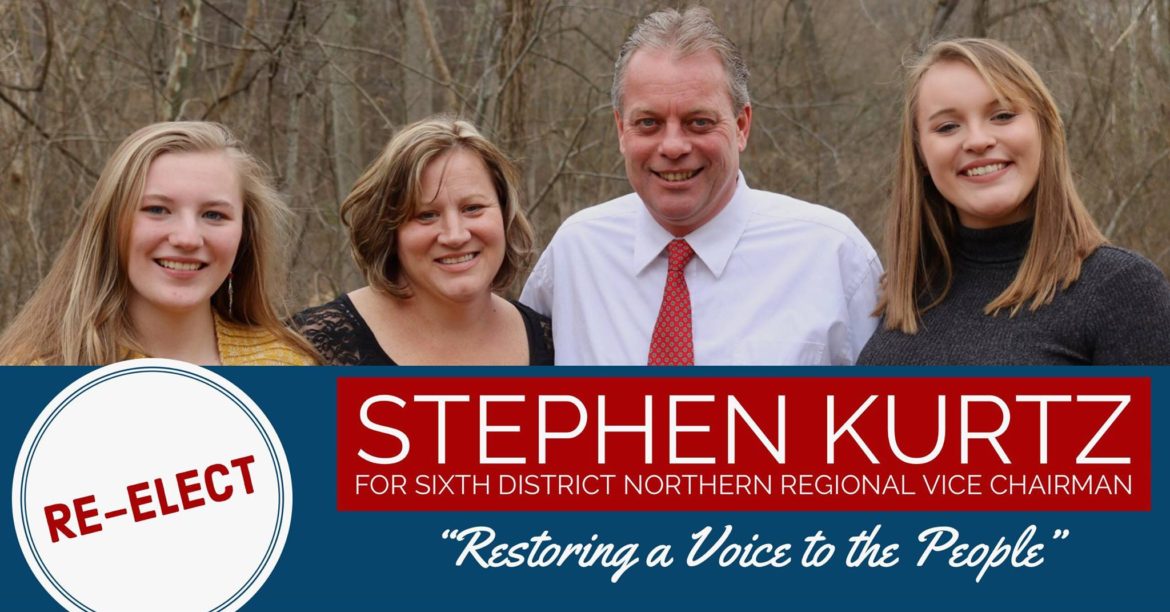 When it comes to who to vote for at the Convention in the race for Regional Vice Chair – there can be only one choice – Stephen Kurtz.  My dear friend Steve has been a long time activist in Warren/Front Royal and was an important player in the lawsuit to kill off the Incumbent Protection Act.   As the Chairman of the Warren/Front Royal Republican Party, he has been instrumental in increasing Republican turnout in the County.

Steve has also taken measures to increase GOP turnout in local races, something which is very difficult to do.  It used to be that Town elections were written off by both parties. However under Steve’s leadership, whoever receives the GOP endorsement for Front Royal Town Council is all but guaranteed to win an election, something that is sorely needed in CD 6.

Steve is the current Northern Regional Vice Chair, and wants to further implement what he has done in Warren County to the rest of the 6th District.   Meaning more Republican and conservative victories up and down the Shenandoah Valley.

I prefer to do some research before doing any type of endorsements – but I know very little about Mr. Kurtz’s opponent, other than he was the Chairman of the Page County GOP.  Surely he’s a decent gentleman. But we need a proven vote getter, one who can attract a new voter to the 6th District GOP.  This is something that my good friend Steve Kurtz has a proven record of doing, and is why I’m not only proud to call him my friend, but to vote for him at the May 19th Convention, and ask each of you to do the same.

What was his role on the convention and the call?