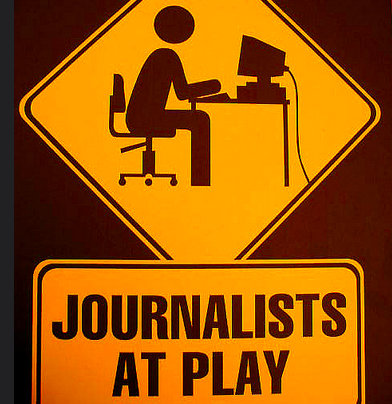 For those of you who have been hiding under a rock for the past few days, FNN (Formerly known as CNN) is under fire for both admitting to making up news for ratings, to threatening to expose the identity of a man who made up a meme when Trump clotheslined WWE’s Vince McMahon but added a CNN logo on his head – calling this unknown man a racist and anti Semite.  Only when FNN made this unknown civilian apologize did they agree to withhold his personal information.   Whether this man is a bigot is unknown.  Many in the conservative world are shocked.  So are news listeners.  My question is why.

Sad to say, journalists have been lying in the USA for hundreds of years.  And FNN is hardly the worst offender.  James Callender, a supporter of Thomas Jefferson, printed in a Richmond newspaper that President John Adams was a “hermaphrodite” during the presidential campaign of 1800.  Why did he say this?  Callender was on Jefferson’s payroll.  Not to be outdone, media supporters of Andrew Jackson falsely charged John Quincy Adams with using the White House as a brothel during the campaign of 1828, a charge which was blatantly false.  http://www.forbes.com/sites/rickungar/2012/08/20/the-dirtiest-presidential-campaign-ever-not-even-close/

Journalists have often lied in times of war.  On June 3 1864, the Union Army of the Potomac fought the battle of Cold Harbor.  The Union charge that day was a complete disaster – resulting in between 10,000 to 15,000 casualties in less than 30 minutes.  Even General Ulysses Grant, commanding all the Union forces and who was nearby during the battle and had ordered the charge, stated on the evening of June 3 “I regret this assault more than anyone I have ever ordered, I regarded it as a stern necessity, and believed it would bring compensating results; but as it has proved, no advantages have been gained sufficient to justify the heavy losses suffered”.  http://www.civilwar.org/battlefields/coldharbor/cold-harbor-history-articles/

However a pro-Lincoln New York newspaper published several days after the battle reported the battle of Cold Harbor as a brilliant success, stating in the sub-headlines that “Hancock’s men occupied land only 40 yards from Confederate trenches”.  Part of this story is technically true.  Union General Winfield Hancock’s 2nd Corps did come the closest to breaking Lee’s battle line.  And there were Union soldiers within 40-50 yards of the Confederate trenches.  But it should be stated for the record these Union troops were either dead or dying.   Why did the reporter write this obvious falsehood?  Who knows.  Maybe he was paid to do so.  Maybe he was bullied by the Union army into falsifying the truth.  But there is no way that the reporter (who claimed to have witnessed the charge with his own eyes) could have not known the disaster that was Cold Harbor.

Has anyone ever heard the term “yellow journalism”?  It originated in the late 1800’s, as Joseph Pulitzer’s New York World and William Randolph Hearst’s Jew York Journal were being accused of mis-reporting stories or making up stories to drive up newspaper sales.  And what is the number one prize a journalist can receive now?  The Pulitzer Prize.  And who is one of the most revered journalists in American history now?  William Randolph Hearst.  Think on this for a minute.  The people who helped make famous the term “yellow journalism” are now the most revered journalists today.  At the very least, Joseph Pulitzer helped start the Spanish American War of 1898 by fraudulently reporting news coming from Cuba.  http://en.wikipedia.org/wiki/Yellow_journalism

People now refer to George Stephanopoulos as a journalist.  But in reality, he is a Democratic/Clintonian hack who was the White House Press Secretary under Bill Clinton.  Now some call him a seasoned journalist because he hosts a Sunday morning news round table program.  This is the same man who helped correct an Obama faux pas when Obama then referred to his “Muslim faith” and Stephanopoulos corrected Obama’s mistake.  https://www.youtube.com/watch?v=XKGdkqfBICw

The list is endless.  Anyone remember Dan Rather and how he tried to influence the election of 2004 by fraudulently reporting about George W Bush’s military record?  One could spend hours making such a list of the lack of journalistic integrity and still only be scratching the surface.  And can we forget Brian Williams, who talked about being under fire in the Iraq War when he was miles away from the action.  There are many good journalists out there.  Derek Hunter of the Daily Caller is a good one.  Tim Russert we miss you.  And there will always be the utmost of respect for Bob Woodward, who helped break the Watergate scandal.  But just because a guy looks good in a suit or good in a dress and speaks well makes that person a credible news source.

So please don’t wonder why FNN continues to lie.  A great number of journalists misrepresent the truth.  This is done on both sides of the political argument.  As the 1st amendment states, a free press is necessary to the freedom of our Republic.  But our freedom also calls for something else – an engaged populace which remains engaged and keeps on top of politicians and their partisan hack supporters in the “hallowed” fourth estate.

Why is Anyone Shocked About CNN Being Such a Group of Liars was last modified: July 7th, 2017 by John Massoud

Been watching Fox News this morning talk about Trump presidency, and doing some reasearch. Lots of flat out lies.

Surprised the media hasn’t picked up on it yet. Look closely are the Putin/Trump handshake in Hamburg at the G20. Is it me, but isn’t Putin’s hand larger than Trumps hand?

There is little that a politician will not say or do to attain or maintain a taxpayer funded paycheck for eternity. Lies, no problem.

So, why is it John, that you believe that the media should be held more accountable, or to a higher standard than our most cherished “lawmakers”?

CNN has retracted and fired people for their lies. Some accountability. Has Trump every retracted or been held accountable for his lies? Has Hillary?

It’s funny these days to listen to Limbaugh for like 30 seconds. His 3 hour show seems to have turned in to little more than a daily panic attack.