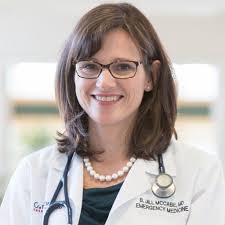 Dr. Jill McCabe, Democrat candidate for the Virginia Senate in the 13th district, recently got a 100% rating from Planned Parenthood because of her pledge to fight against oversight or additional regulations of abortion clinics.

Oversight and investigations are clearly needed in the wake of the Planned Parenthood scandal which has uncovered the common and illegal practice of selling baby body parts.

The third Planned Parenthood video was released this week showing an aborted baby while Planned Parenthood doctors discussed how much money they could get for his various baby parts. I won’t post that video here because I cannot bear to watch it again but you can view ithere.

“I’m a doctor, and I take care of patients, including women,” McCabe said when asked whether she still welcomes Planned Parenthood’s support. “Women need health care choices and Planned Parenthood provides that. That’s kind of the end of it for me.”

Really?  There are no other clinics or hospitals that can provide these services to women?  Why must she support an abortion mill?

Planned Parenthood has endorsed Dr. Jill McCabe because of her promise to fight for abortions including late term abortions because larger baby body parts are more profitable. Disgusting. How can we have a candidate for office who supports these vile practices?

Dr. McCabe has hidden herself from the public throughout this campaign. She won’t tell the public on her Facebook page or Twitter feed where or how they can meet the candidate. There is no way to reach the candidate.  During the rare appearances by Jill McCabe, her campaign staff act more like body guards, standing as a buffer between Jill and the public.  One staff member will stay with her and the other will wade into the crowd to find friendly faces and lead them back to the candidate so they can hold court with the queen….oh, I mean candidate.  However, only those who have been properly vetted by the staff members can speak to Jill McCabe.  Even her website shows no way to contact her. All of McCabe’s events are private and by invitation only. The public is not welcome, ever.

Because it’s unlikely any of us will ever see Jill McCabe, I’ve attached a photo of her to this post.

It would seem now that Jill McCabe’s campaign was never actually intended to be a real campaign at all but rather a fake show campaign which was devised primarily as a mechanism to funnel campaign money from the DNC (aka HRC) to Jill’s husband Andrew McCabe at FBI in order to induce him to produce fake intelligence which would be used to fraudulently obtain warrants to justify wholesale surveillance of HRC’s opposition candidate at the national level by FBI and DOJ.

In light of these new revelations, it is entirely understandable that she would have no intention of actually meeting voters or potential constituents, since she had no intention of seriously running or winning or moving to Richmond. Just laundering bribe money for her filthy husband.

It appears she is a very sparse candidate.

I just looked at Ms. McCabe’s website and you’re right. There is no way to contact her. So bizarre since she wants votes but doesn’t want to talk to voters. Every other candidate welcomes interaction. Maybe she’s just scared because her position on abortion is so extreme.

Anyone that is this morally bankrupt, should not be put in a position of leadership.