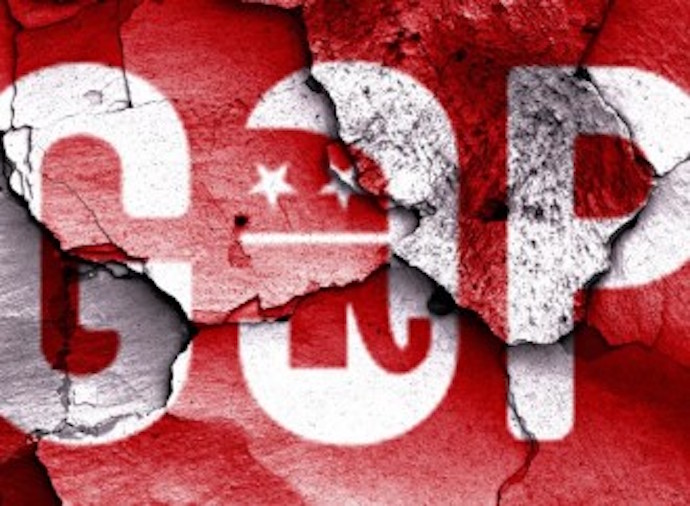 Why is the Republican Party of Virginia shooting itself in the foot…again?

Many conservatives in the Old Dominion first became acquainted with Thomas for his 2014 role in the Eric Cantor-backed effort in Virginia to evict conservatives from local party organizations through a process called “slating.” (In this setting, slating is what happens when a small majority of members of a county-level organization deny representation at district and state conventions (i.e., dropping them off the slate of delegates to be elected) to those folks with whom they disagree). RPV Vice Chairman Mike Thomas was one of the masterminds behind this plot, the ultimate aim of which was to end the independence of the state party organization and to put it back into the hands of a cadre of establishment candidates, elected officials, consultants, lobbyists, and their clients.

This divisive effort backfired, not only by enraging the conservative base and contributing to Eric Cantor’s loss, but by mobilizing conservatives to resist the takeover efforts. Thomas and his buddies ended up worse off than they were before.

But he was only getting started. After the slating failed, Mike Thomas helped engineer a number of lawsuits against the party, starting in 2014. In most cases, this involved stoking the resentments of activists who had failed, with Thomas’ backing, to cheat their way into power.

One instance of this came in Campbell County, Virginia, where local moderates and Democrats were encouraged to participate in the county GOP mass meeting to block “extremist” conservatives in county government who were bent on keeping taxes low and spending under control. This group, swollen with the recruitment of public employees who feared for their pay and benefits under conservative governance, then took over the mass meeting, with Mike Thomas on hand to provide guidance, and “slated off” all opposition in the county. When the party’s internal appeals process overturned this action because it had purposefully allowed Democrats to elect Republican Party officials, the Mike Thomas faction sued the party.

Although the party eventually won every case (the 1st Amendment is a powerful thing), the point of these lawsuits wasn’t actually to win. The point was to bleed the party to ease the planned takeover. We’ve heard estimates that these Thomas-inspired lawsuits cost the party over $50,000.

But Thomas still wasn’t done. According to an RPV official who spoke with TBE on the condition we not report his name or title, Thomas successfully persuaded large donors to not assist the party, in large part by pointing to the dysfunction he himself had wrought. When asked whether fundraising was a casualty of Mike Thomas, the GOP official said, “You bet. Absolutely Mike Thomas was telling people not to donate to RPV. While we should have been out raising money, we had all these lawsuits to deal with, and basically no way to pay for them.”

Despite delivering us years of chaos and strife, Thomas still has the loyalty of a number of establishment figures in the party, well beyond just those within the former Eric Cantor machine. He helped to engineer the U.S. Senate nomination of George Allen in 2012, and served as Allen’s campaign manager. Thomas has the backing of a lot of incumbent lawmakers as well, which is only natural considering one of his privately stated goals has been to “forestall as many primary challenges as possible.” He reportedly continues to draw support from these kinds of politicians, but is widely despised among the conservative rank-and-file, and for good reason. He is one of the godfathers of the “Virginia Conservative Network,” an organization specifically constituted to take back control of RPV from the grassroots, starting with this past set of elections for State Central Committee.

Republicans in Washington, D.C., continue to ignore the wishes of the grassroots conservative base of the party, leaving the party in a shambles nationally. Perhaps then it should come as no surprise that Republicans in Richmond are poised to do the same thing. This guy should be run out of the party on a rail, not rewarded with yet another term in a leadership role.

But SCC members have a better choice. His name is Eric Herr, who is currently serving as Chairman of the 1st Congressional District, and is running to replace Thomas after his decades of “service.” Herr has a reputation of working well with all factions, and for being fair and unbiased. He is a leader who commands the respect of all, and who would restore honor, dignity, and integrity to the office of First Vice Chairman.

I urge State Central Committee members to reject the constant scheming of Mike Thomas, and move forward with a more effective, conservative, forward-leaning, and unifying choice. Please support Eric Herr for Vice Chairman of the Republican Party of Virginia.

Why is the Republican Party of Virginia shooting itself in the foot…again? was last modified: June 24th, 2016 by Robert Kenyon
Eric HerrMike ThomasRPVVCN
12 comments