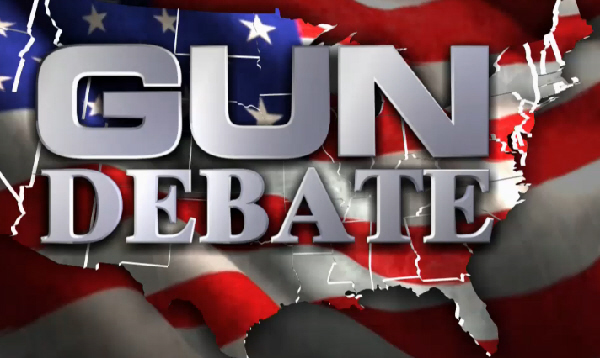 Since the Parkland Florida mass murder in the school, liberals have been talking about the need to “have more background checks” or ban so called “assault weapons” or add an ammunition tax or in some cases ban all guns.  However it is very hard for legal gun owners and those who support the 2nd Amendment to either take them seriously in any honest discussion about gun ownership, or really even listen to what they have to say.

While I disagree with liberals on more gun laws, I prefer to think that most of them honestly believe they have everyone’s best interests at heart and mean well yet are just misguided.  However while most anti 2nd Amendment people are probably being honest at the ground level, they are really being sold a false bill of goods about guns and gun safety from dishonest politicians and those who profit off of anti gun rhetoric.  And most anti 2nd Amendment people have no real understanding of guns.

Take for example the Ruger Mini-14 and the AR-15 “assault rifle”.  Both are a .223 caliber rifle (which means they use a military round), both are capable of taking a 30 round clip, both are semi automatic.  However because the AR 15 looks like a military grade weapon, and the Mini 14 looks like a hunting rifle – most anti gun people are ok (at least for the time being) with private ownership of a Mini 14 yet want the AR-15 banned, conveniently forgetting the fact they are really the exact same weapon.

Democrats have been talking about getting rid of so called “assault weapons” since the 1980’s and for a brief period of time, did so in the 90’s through 2004, when the bill expired.  However when Obama took office and had a huge majority in the House and a filibuster proof majority in the Senate, Democrats did not do anything to reinstate the ban, even though they had the votes to do so.  Nor did Barack Obama’s ATF make “bump stocks” illegal (something they could have done without legislation).  Quite frankly Barack Obama may have pontificated a lot about not liking guns, but never was one single solitary serious piece of anti gun legislation introduced into Congress during that 8 year time frame – especially when they had the legislative majorities to put in gun bans.  And no they didn’t do so because they were afraid of the NRA.  The Democratic party did not pass gun legislation because they had no real interest in doing so.

Now many anti 2nd Amendment activists do not like to hear this, but that is the honest truth.  They also won’t want to hear that the Obama Justice Department prosecuted very few people who illegally purchased a firearm.  Republican Senators Chuck Grassley and Ted Cruz introduced a bill which would have required federal agencies to report crimes to the NICS (National Instant Criminal Background Check System) and Harry Reid had this bill filibustered.  In 2010, 48000 felons and fugitives lied and illegally tried to purchase guns, and the Obama DOJ only prosecuted 44 of them.

Even more surreal, is the vitriol that some shown by anti 2nd Amendment people towards legal gun owners.  Anti 2nd Amendment people may honestly think they are trying to do good with the name calling and the hysteria, but in actuality, all they really are doing is insulting legal law abiding gun owners for the actions of a few mentally disturbed people.  This past weekend, one of my neighbors, who believes in the banning of all privately held guns and refers to herself as a proud Social Justice Warrior (SJW), was shaking her cane at me, and then took a playful swipe at my head with her cane – all of this in public on a street corner with others watching.  She thought this was funny – however no sane person could call what she did funny.  Honestly I was not in any danger, however the next time who knows. (For the record this is not the 1st time some anti 2nd Amendment radical has threatened me with their cane/walking stick – one smacked me in the face with their cane in 1999 – causing significant and permanent facial injury)  Another anti 2nd Amendment person (who happens to be a nominal Republican and used to work on the Hill) has stated on her FB timeline that “all gun owners should be taken out and shot”.  Oddly enough, this woman (who I have known for over 20 years) would tell everyone that you, myself, and the NRA are extreme.  Let me repeat this so you understand.  This woman, who honestly thinks of herself as part of the “sensible center” and refers to herself as the “voice of reason” in the gun debate, wants anyone who disagrees with her shot and thinks you and I are extreme.  Such actions and words are very typical of many anti 2nd Amendment people.  This is typical speech of radicals – threaten people and then refer to yourself as the “voice of reason” and label anyone who disagrees with you as a dangerous extremist.   And they refuse to accept that anyone who may disagree with them is being honest and sincere.  In their clouded and bizarre view of the world, anyone who disagrees with them is a murderer, even though 99.8% of legal gun owners have never committed a crime in their lives and feel the deaths of Sandy Hook Elementary or the Parkland Florida HS shooting as much as does anyone.

It is impossible for any gun owner to take seriously a person like Michael Bloomberg or a celebrity like Beyonce or Katy Perry, who have a phalanx of armed guards with them at all times, and yet expects everyone else to wait for the police if they are ever attacked.  Leah Libresco of the Washington Post recently wrote an article talking about how liberal policies won’t stop a single mass shooting.

It is even more dangerous when media outlets tell abject lies such as the NRA provided the training for the Parkland Florida shooter.  When in actuality it was the Jr. ROTC program at his school where the killer learned to shoot.

I’ve learned something in my life, and that is – if you want to get someone to agree with you, the worst way to do so is to insult the person you want to persuade.  However this is what most anti 2nd Amendment people do.  I would never state to anyone who is pro choice that they are baby murderers, because doing so does not persuade them – however it does make them defensive and more likely to lash back if you call an abortion supporter a baby killer.  Reasoned persuasion is tough sometimes, but it’s the only way to convince someone who does not agree with your point of view.  However there is no longer any civilized debate about guns in this country and we cannot have reasoned debate about the 2nd Amendment, because of demeaning and insulting comments from radical anti 2nd amendment persons like those mentioned above and a few million others.  And until the extreme anti 2nd Amendment people learn to stop acting like little children and behave like adults and until those who may support some gun laws tell the radicals to shut their mouths and stop acting like infants, the discourse in this country will only get worse and worse, further polarizing people.   And pro 2nd Amendment people will keep buying guns out of legitimate concerns about the tone and potential violence of the radical anti 2nd Amendment people.

[…] John Massoud, in his excellent piece on these pages last week, noted the failure of Democrats to do anything during this […]

“Why Liberals Still Lose the Debate, but Win the War” should be required reading for all Republicans. (I just made the title up, it’s not real). The title just reminded me why Republicans often lose. We think if we have the better arguments and policies (and we certainly do), that we will win. Winning is a different ballgame.

This is a textbook example of bad facts could make bad laws. The school shootings are horrific and must end immediately. How to get there is not easy. I think part of the solution will come from limiting magazine clips to 10 rounds and outlawing bump stocks. However, that will not solve everything. Not all school shootings are done by assault weapons. Magazines are not difficult to change with practice.

Change must also come through improving the efficacy of background checks under current law, better parenting, decrease in school bullying, and arming teachers. However, some will never acknowledge this is a comprehensive problem and “no more guns” will not magically pacify violent people.

We also have powerful opposition against comprehensive solutions. Although some Justices like Breyer and Former Justice Stevens are comfortable with abolishing the second amendment and outlawing all guns from the bench, most Americans now will not go that far (yet).

The media is also orchestrating the appearance of a mass uprising against responsible gun ownership, like they did in support of gay marriage.

The “debate” will go nowhere as long as politicians are more interested in having a political issue on which they can fund raise than they are in curbing gun violence. Like the immigration problem, many politicians don’t want to solve it because the “problem” is good for them politically. If the gun control crowd would recommend realistic measures that would actually have prevented any of the shootings that they use to raise funds, some republicans (and ordinary Americans) might listen. But that’s not the direction most are heading. I’m pretty staunchly pro-Second Amendment, but I’d be willing to listen to any realistic suggestion about how to keep guns out of the hands of the mentally disturbed and/or unsupervised children.

Glad to hear you understand the issue

You cannot keep guns out of the hands of the violent mentally unstable, but you can equal the fight.