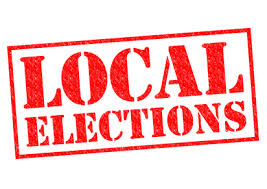 Between the Iran Deal, Hillary’s email server, and the omnipresence of The Donald, the realm of politics can sometimes appear to consist of only a few hot button issues. While the aforementioned topics are undoubtedly valid, politics on the local level often gets lost in the proverbial shuffle.

This isn’t a good thing.

I’m a seventeen-year-old homeschool student who is interning for a local political campaign in Virginia. After a couple weeks on the job, I’m continually amazed at how little attention people devote to local government. Many have adopted a mindset that local politics is boring–and that only national issues truly matter. I beg to differ. Local politics matter, and undeniably affect you. The schools our children attend, the roads we drive on, and even the water we drink is all within the sphere of influence of local governments. But sadly, the average person probably doesn’t even know the names of their local elected officials.

Local politics present a unique opportunity for everyday people to take part in the grand American tradition of self-government. To paraphrase F.A. Hayek, I’d argue that local government is the ultimate school of political training for the public. The experience and knowledge that you can gain is immeasurable. And the best part is that the cost of tuition at this “school” is completely free. All that is asked is that people donate their time. Case in point: All of the volunteers and interns I work with have one simple thing in common.

We’re not political operatives or highly paid consultants. We’re just normal people who care enough about the issues to volunteer our time with a candidate that we believe in. Many of my colleagues aren’t even old enough to vote, but we know that it is important to be involved in the political process. After all, it’s the youth of America who will ultimately have to deal with policies that are implemented today.

In a time when apathy is rampant in America, I’m often reminded of Thomas Paine’s example of the summer soldier and the sunshine patriot. While many seem to be content to grumble and whine about the issues, few will actually take the initiative to do something about them. Find out who you’re local officials are, and if you agree with their positions, consider volunteering for their campaigns. If you don’t agree with them, then perhaps it might be time for new leadership. You can make a difference, especially in local politics.

Historically, kings or dictators have ruled nations, and power was passed via the bloodline or the tip of a sword. In America, we’re blessed to have a system of self-government—a system that consists of different but equally important levels. Taking into account the entirety of human history, this is a pretty rare thing.

Let’s not squander it.

I agree in general but disagree too. Given that the Commonwealth’s localities are creatures of the Commonwealth they are restricted in almost every well conceivable. Everything from noise ordinances to drinking water, zoning to hiring decisions and retirement plans, it’s all controlled from outside of the locality. Localities can work around the edges, but they have lost so much power over the past 200+ years that they’re nothing like they were when the country was founded, and they lose more power every year. Supervisors and mayor’s can’t scratch their own butt without checking with the localities attorney to see if they’re allowed to do it.

Bravo, Anthony. You are an impressive young man. Wish we had many more like you.