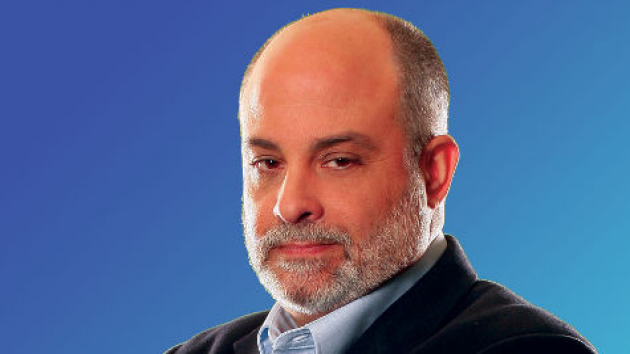 There are many on the conservative right of the Republican Party that strongly believe in only electing the most conservative representatives into office. I respect wanting someone in office that mirrors your morals, values, and principles. Sometimes that choice is not on the table and allowing a far worse candidate to be elected can result in unrecoverable damage to our liberty and our Constitution.

On October 2, “The Great One,” Mark Levin, a true intellect and constitutional conservative thinker and author, acknowledged this fact but stressed on a much broader level, the importance of voting for Barbara Comstock, and why he is going to do just that. If you were unaware, Mark is a resident of the 10th Congressional District. I would encourage you to listen to the Mark Levin Audio Rewind of last night’s show on your podcast player. Here is an excerpt as it relates to Comstock:

“The media will not stop. The media are not only participants in, but they are leading the character assassination charge. The New York Times now has a huge story out there trashing the President of the United States, his finances, his early investments, all timed of course for the mid-term elections. The New York Times, which as you know, if you listen to this program, during the 1930s and 40s, did everything they could to hide the holocaust from the American people. The New York Times has conducted itself, all the time, but in particular during the Trump years, as basically a yellow sheet for the left, even publishing an op-ed by “anonymous.” Now they go back after the President’s finances to give the rest of the media something to talk about. That’s what they do. Because it will be picked up by the rest of the media, these lazy, moronic, buffoons dressed up as journalists, most of them under 35 or 40. And they just keep pushing this stuff, pushing, pushing, pushing.

And the question is how much are you going to take ladies and gentlemen? Whether you’re really going to sit on your back sides during this mid-term election, hoping for the perfect candidate, even though your candidate may not be perfect? I’ve told you before, where I live, I am voting for Barbara Comstock. I’m gonna be the first one at the damn polls and I’m voting for her, not because I agree with her on everything, but because I know she’s not one of them. This is a different election. The issue on the table, the issue on the table isn’t some minor issue. The issue on the table is whether we’re gonna stand up to this crowd. That’s the issue on the table. You’ve got Republicans all over this country who they’re trying to take out. It’s up to you to stop it. Can you imagine if the Republicans don’t lose the House and pick up some seats in the Senate? Can you imagine what damage you will do to the Left? Can you imagine what damage you will do to this force? You should be the first ones at the polls on Tuesday morning. Or if there’s early voting, you should have voted already. The Left will. You should send a signal to Washington like they’ve never seen before, that 2016 was not an aberration, 2016 was not a mistake, 2016 is a pattern. That’s what you need to show them. And trust me, there are Republicans I cannot stand. But look what’s going on in our country here. Look what’s going on. So much of what goes on in Washington is completely out of our control. But we still get to vote. We’re really on defense here. The issue is whether they’re going to do more damage than they’ve already done. We don’t even fight the cause of liberty anymore. We don’t even make any advances anymore. Right now we’re just trying to make sure we don’t fall back any further. But that is our obligation to our children and our grandchildren.”

If you want to work towards winning then put a link to this post on your FB feed and any other social media platform so as to reach as many like minded liberty voters as possible.