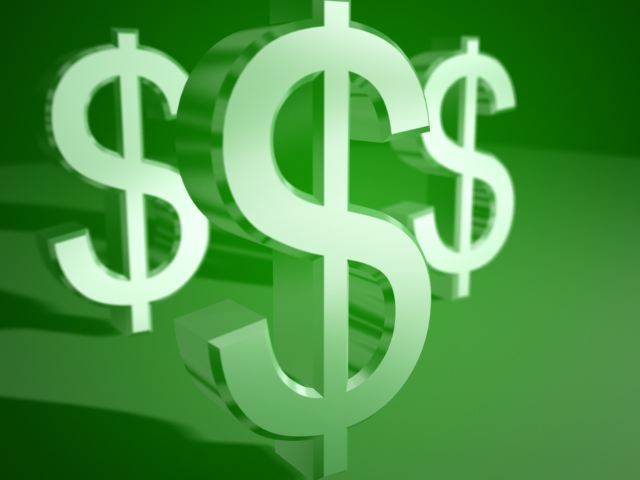 Why Panama and Paradise Hurt Capitalism: And What To Do About It.

While Republicans push tax reform, the entire world is taking another look at just how much wealth corporations have been able to hide from taxing authorities. The Panama and Paradise Papers have unlocked just how much wealth has been successfully hidden from our governments. Arguing for tax breaks for corporations while the American People read about how corporations like Apple and Nike have hidden billions of dollars a year from the US government is ridiculous.

This incestuous relationship between government and corporations is a big part of the problem. With Panama, we discovered where politicians, royalty, and businessmen were hiding their wealth. With Paradise, we discovered that Corporations, too, are simply above the laws of the common man.

This helps the arguments of socialists who view free markets and businessmen as enemies of the people.

Government clearly isn’t the answer. Governments (the people running them) are the ones responsible, not only for creating these international systems of money laundering, but for participating in them as well.

This leads me to suspect that the best alternative to the failed system within which we operate today is to focus taxation on consumption, not income or earnings. The rich and powerful will always find a way to hide their income and earnings, but it is damn near impossible to hide their consumption. If we ended income taxes and corporate taxes and focused on consumption in and outside of the United States, the US government would dramatically expand their access to revenue. What’s the worst thing that could happen? The rich would consume less? Resources would be conserved?

Our tax system, on paper, seems aimed at the rich, but in reality most of the negative effects of our tax system are felt by the poor and the middle class. Republicans defending the virtue of America’s richest citizens aren’t virtuous capitalists – it is far more likely that they are corrupt Corporatists or irrational idealists.

Now, any resentment felt by “the people” toward the rich shouldn’t be turned into some kind of Eat The Rich Populism. Rather, let’s just change the tax system to reward those who save, conserve, and value every penny and dollar they earn. Liberals think that punishing earnings is a form of wealth redistribution. It isn’t. Panama and Paradise have demonstrated that taxing income and earnings is a joke. The wealthy find the loopholes and the middle class pay through the nose.

Tax money when it is spent, not when it is earned. Doing so is one of the most well-researched tax-strategies on earth and yet no one is using it. Why? Because our politicians, just like our aristocracies and corporations, are using tax loopholes that the rest of can’t afford to access to avoid paying their taxes, while the rest of us work for nearly half the year just to pay our taxes and fees.

Why should the government be getting interest-free loans from the poor and middle class anyway? Tax returns aren’t returned with interest.

If we continue to let the rich, to let our politicians and corporations get away with hoarding wealth overseas and avoiding the taxes the rest of us are forced at the point of a gun to pay, then capitalism is going to get overthrown. The only way to save capitalism is to ensure that our governments treat us all as equals. That means taxing consumption. Consumption is transparent, objective, and easily tracked. Apparently earnings and income and wealth are, for the wealthiest amongst us, quite easy to hide. Capitalism needs to be corruption-free. Panama and Paradise have demonstrated that it is not. Either we clean up our own house or we invite something far, far worse.

Why Panama and Paradise Hurt Capitalism: And What To Do About It. was last modified: November 20th, 2017 by Steven Brodie Tucker

The Republican pledge master Grover Norquist will never allow consumption taxes nor higher up elected Republicans like 5th District Congressman Hurt used outside monies to fight this idea in the Campbell County Va. Locality with the meals tax about 4 years ago.
Frugality is a quality that has more than likely escapes the wealthy.
If you make more you spend more. Why would wealthy Republicans desire to impose a tax on themselves?
At the point of middle class Republicans look toward this idea of consumption taxes you will be branded; liberal, Democrat or even OTR/Other than Republican as genuine Campbell County Republicans were, history repeats itself.
It is best to hold value in the ideas of consumption taxes, be frugal, be honest, be pure and most importantly be Free for this is what God has given us.
No pledges
No memberships
just votes.
Ask your local Republicans what specifically are you doing to combat illegal immigration, economic development, and education.
So what you voted for a educators pay raise, Ted Kennedy said; more funding also.
Wal Mart was coming anyway no elected offical created those jobs and if they did are those the jobs our Communities actually needed or were educated for or even desired?

Tuck,
But we try consumption taxes with a prepared meals tax in our localities which is by choice of the consumer to purchase, they can eat at home. Then we are met with vast amounts of outside campaign money to say NO to MEALS TAX. Then we have the same elected officals cram a gas tax down our throats. Purchasing fuel for families is a weekly expense that they must have to go and come work and other family obligations.
When you get Congressman Garrett and the rest of Va. Republicans on board then I will be in *full support* otherwise it is just a mere gimmick to get votes.
The elected *must* lead the charge or there is not one single reason to trust.
The topics I discuss are baby steps first, let’s see what they have.

I agree totally: A consumption tax would achieve tax policy goals of simplicity, efficiency and fairness. Taxing consumption would encourage savings and eliminate loopholes and tax shelters. It makes sense: We should contribute to the cost of government based not on what we produce, but on what we consume.

Unfortunately, the most serious discussion in my lifetime of replacing the income tax with a consumption tax took place in the 1980’s, during the good old days of the Reagan revolution. I don’t expect it will happen any time soon, but it is good to see a consumption tax being advocated at the grass roots level. Perhaps that may be what makes it happen this time.

Democrat Ralph Northam had barely won the Virginia governor’s race when his party announced it would impose a price on greenhouse gases emissions, require a 3% per year reduction in GHG emissions, and develop a cap-and-trade scheme requiring polluters to buy credits for emitting carbon dioxide.

I hope Virginians love high crime and high taxes because that is what the Democrats bring.

I buy most things at the DAV. The place is getting as popular as Aldi’s. Tax consumption all you want. Most people are broke. The EU is talking about eliminating FDIC type insurance on bank accounts, forcing savers to pay for bank malfeacence. America could be next. Not that it would matter to our broke citizens.

The only option is a national sales tax which necessitates the repeal the 16th amendment. This achieves the removal of government inserting its nose into the citizens’ business. Same for socialized medicine. Both a Marxist wet dream.

I say we also repeal its 1913 comrade, 17th Amendment and get back to the entire States and not just the people in the cities choosing our Senators.

I’m with you on that as well but was limiting my comment to taxes. a 5% national sales tax would more than cover the legitimate functions of the federal government. The states can do what they want.

SBT is sounding more like a populist everyday. The fairest tax is a flat tax that applies to everyone. A consumption tax is inherently fair. However, with half the people in the country no longer paying any federal tax at all, it may be already too late to change the game. We’ve now reached the point of Representation Without Taxation. There are roughly 200 million registered voters, but less than 80 million people pay any tax at all. The majority can vote for ever expanding new benefits, but the minority must pay for all of it. A tax on consumption, no matter how small, changes everything. Suddenly, everybody has an interest in good government, and will think twice before expanding government further.

Good point, I wonder if people would be so liberal if they actually had to worry about their own money and not just burning through other people’s money.

Very thought provoking. Some of the points in opposition to corporate tax breaks and for the very wealthy point to things like this. If you look at the current state of affairs most large corporations are flush with money here and abroad and interest rates are still very low historically. There was a report over the weekend with Trump’s chief economic architect Gary Cohn meeting with a large group of leaders of the major corporations and asked for show of hands on how many were going to plow the increased funds from the proposed tax breaks into expansions of their physical plants and wage increases. No hands went up initially. He repeated the question and a few haltingly raised their hands. Not a good sign that this largesse will trickle down to the average citizen in increased jobs and wages. A VAT tax may be the way out of it, but I am afraid that will spark the corporations and wealthy spending outside the US to avoid even paying that. Everything I read tells me people who make $75,000 per year or less will not fair well under this proposed plan.

I like the idea of consumption taxes as long as the income tax and value added taxes are eliminated. Unfortunately, there is a tendency among politicians to promise one thing and then actually do something else. For example, those who suggest a VAT say that the income tax can be considerably reduced. Well, I have seen that game played and the reduction becomes a floor and the VAT becomes just another tax to be raised at a convenient time.

I agree. End income and corporate taxes, then tax consumption.