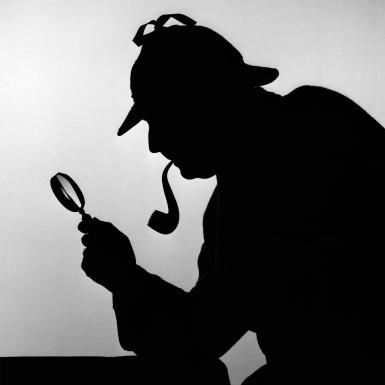 Why Philosophy Matters in Republican Systems

In an essay I wrote for one of my classes at Liberty University, I argued that “It stands to reason, that governments and economies which account for human nature will thrive, while governments and economies which repress human nature will stagnate.” My argument was that the genius of Alexander Hamilton and James Madison, was that they did not manufacture a Constitution under which Men would be forced to live, but rather established a Constitution that accounted for how Men, given their human nature, lived already.

So much of our current polemic regarding policy and political philosophy is a tussle between our desire to force men to be different than they are and our desire to allow men to thrive and survive naturally. Why do monopolies tend to lead toward increased prices and less efficiency? Does it have something to do with a mathematical differential equation, or does it have to do with human nature?

In truth, for all of our posturing over limited government vs. big government, we lose sight over the most important consideration of all – whether or not human beings can thrive under this system or that. What is our government’s and our politician’s biggest liability? It’s the unintended consequences of specific pieces of policy, right?

What do we mean when we say that a consequence was unintended? We mean that the policy was designed to accomplish A, B, and C, but did not account for how people would change their previous behavior on account of the new policy. In other words, the policy did not correctly account for human behavior.

This is why I reject excuses that depend on the assumption that people’s behavior would stay fundamentally the same after a policy is introduced. It is in our nature to adapt. If you make something more expensive, then people will do or use less of it. This is the motivation of excise taxes or “sin taxes”.

Rarely do we ever talk about government as something which ought to conform to and protect us against self-interest and human nature, unless it is to simply deny that nature’s right to manifest itself in the first place. There are times when self-interest and human nature have to be overcome; but they are rare. President Abraham Lincoln had to deal with the reality that slavery was in the self-interest of otherwise moral men in the South. They depended upon it for their labor and their competitive prices for cotton. Furthermore, Northerners living in the United States of America felt that it wasn’t in their self-interest to lay down their lives to keep the South in the Union and to free black people. What was he to do? He used force (in both cases).

Yet, Lincoln always appealed to the self-interest of his constituents. He even tried to convince liquor and beer manufacturers and distributors that “Temperance” was in their self-interest, even though it plainly wasn’t. That demonstrates that he understood the nature of Man and tried to appeal to that, rather than to force, whenever possible. In the late 1850s and beyond, there was a massive push for prohibition to combat domestic violence and domestic rape, which was associated with alcohol. Lincoln’s intent was virtuous.

Getting back to my original point – government should exist to promote the elevation of our self-interest and human nature, as well as to account for it. Those who believe it is the job of government to impose systems upon Men that require him to live in opposition to His nature, labor in folly. The reason why America has remained as strong as it has, is because, time and time again, our government has accepted us for who we are.

If this is important in a marriage relationship or friendship, then it is important in a society. Imagine (and I know this could be a stretch for some of you) a marriage relationship where one partner wants the other partner to be a completely different person than who they are. Is this a marriage that is likely to succeed, or likely to fail? If you are trying to use government to make people “different”, then you are operating a fool’s errand. You’re chasing impossibilities.

The genius of America is that we accept that we are who we are and we guard against it. We establish checks and balances. We also seek to establish governments that understand that the best way to know how to govern Men is to understand them. That means paying attention to practical experience. This is why the “conservative” tradition is so important.

If the conservative tradition is anything, it is a response to the lessons learned from reflections upon our experience of Man and his governments. We don’t want to get bogged down in policies we know, a posteriori, do not work.

[…] Why philosophy matters in a republican system […]

Taking the education system away from the Communists seems to be a good idea to me..
.
.
.