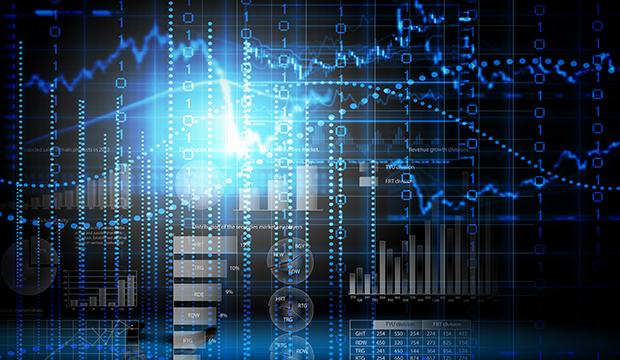 Why RVotes Matters; Why Leadership Doesn’t Want It

In 2008, Barack Obama employed one of the most effective ground games in electoral history, using a data program called VoteBuilder. VoteBuilder allows campaigns complete control over their data for as long as that campaign decides to essentially lease a license. This program keeps the data fresh and current. The original designer, Steve Adler, of this software had a falling out with his partner, Mark Sullivan, but retained control over his program. After five years, Mr. Adler opened up this software to the Republican Party in the form of RVotes. If Republicans wanted it, they could have used the same successful software that propelled Barack Obama to the presidency.

Adler went on to co-found  Voter Activation Network, Inc., with business partner and talented political  strategist, Mark Sullivan in 2001. Voter Activation Network, Inc., (now NGPVAN) is now the largest political software company in the world. It is the very foundation of all Democrat campaign efforts in most English speaking countries.  Adler sold his half of the company in 2005, and after a 5 year non-compete has rolled out his improved, rVotes, with the hopes to help level the playing field for those being beaten by his former creation. rvotes

However, the Republican Party seems to believe that this software is dangerous. For example, Congressman Dave Brat used RVotes as his data platform in his successful primary over then House Majority Leader Eric Cantor. The RNC does not seem to like the idea of candidates owning their own data, or underdogs using RVotes to unseat unpopular GOP elected staples. Instead, the RNC has chosen to use I360 and Nationbuilder. Licenses for I360 are often owned by Leadership who then give access to delegates or state senators for their campaign. Speaker Bill Howell, in Virginia, I am told, owns a license for I360 which he allows Republican Delegates to access, except the delegates don’t own their own data – Speaker Howell does. If true, this means that if Speaker Howell ever wanted to run someone against a delegate who may have stepped off the reservation, he could easily use the data that delegate’s campaign collected to unseat them.

Furthermore, I360 is owned, I’m told, by the Koch Brothers. Interestingly, the appeal of I360 is that it is “free”. Why would one of the most successful arbiters of capitalism give their software away for free? The answer is, because they are the ultimate owners of all the data the Republican Party and the Republican Campaigns collect through I360. Of course it’s free – Republicans are working around the clock to provide the Koch’s with one of the largest voter data lists in the nation… for free.

Interestingly, there has been a few so-called conservatives complaining about RVotes – which is strange, unless what they are really after is protecting leadership’s control over all of the state data. Some of these “conservatives” have also switched their support to primaries in order to protect the elected from underdog candidates. Thankfully, underdogs like Congressman Brat had access to RVotes, a program powerful enough to overcome these attempts to keep conservatives out of office. Some conservatives have even gone as far as to target pro-RVote and pro-Convention SCC members in order to replace them with pro-primary, pro-Koch candidates – a clear homage to the keep it small, keep it all philosophy. This is a troubling development in grassroots Republican politics.

RVotes allows candidates to keep 100% of the data they collect. If they decide not to renew their license, a complete list of their recorded data will be compiled and mailed to them. Their data is preserved, should a PAC or campaign decide they would like to renew their license at a later date.

In looking into RVotes and I360, I also noticed something troubling. If I wanted to buy the complete Voter File for Virginia, which is “public data”, I would not be allowed access. Only PACs and various established political organizations are given access to the Voter File by the General Assembly.

Just remember, nothing in life is free. Anyone trying to give you something for nothing is certainly getting their fair value one way or another. Now, it is none of my business what programs RPV decides to use. If they are short on cash and cannot afford RVotes, then I completely understand; but the fact that the RNC is refusing to use the very program which has been so successful for the Democrats is beyond my understanding. Furthermore, it is important to note that RVotes and VoteBuilder are 100% separate. Several establishment figures in the commonwealth have been spreading the rumor that anyone who uses RVotes is actually giving Democrats access to that data. Nothing could be further from the truth.

If you are interested in researching these data tools, you can check out RVotes and Votebuilder. Data is everything in politics, so it is not beyond the realm of reason to query Why Isn’t the RNC using RVotes nationwide? What the heck is going on? And if your response is that Republicans are winning elections all over the country, why would they need to change anything they are doing; then you misunderstand why Republicans are winning elections. Republicans aren’t winning elections on the basis of their organization, data, campaign strategies, fundraising, or political ideals. They are winning elections because the nation is in the process of completely rejecting the Democrat Party. The American voter simply has no other option besides the GOP. This pendulum swing will not last forever. The Democrats could come back toward the center of the political spectrum and if they do, the Republicans will lack the organization and data to defend themselves against a pendulum swing in the other direction.