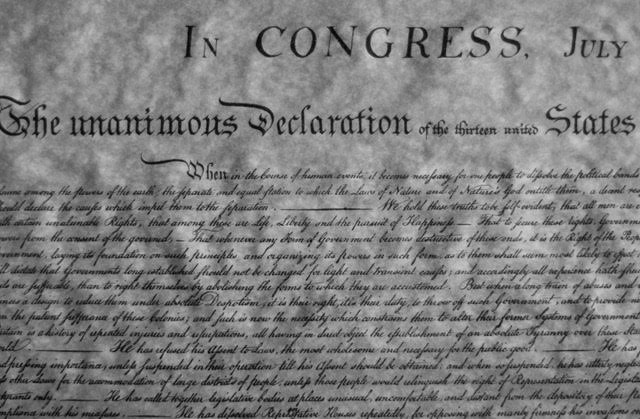 Why the “Conservative Dreamer” Bill must be defeated

We are here faced with a civilizational matter: The rule of law.

It is being reported today, “N.C. Senator tosses Trump a conservative life raft for Dreamers” The culprits? Senator Thom Tillis and several accomplices.

What President Trump will actually do in this situation is not certain, but of course, if he does give us this (or some similar) Amnesty, it will not be as if he’d betrayed his promises: Trump indicated support for partial Amnesty numerous times on the campaign trail, even while his fiercest defenders were busy calling the rest of us “cuck” for not jumping on the #TrumpTrain.

For reasons outlined below, I sincerely hope I’m wrong and that Trump holds firm on equality and the rule of law. He should understand that this is a very important matter and most Americans know it.

The United States is supposed to be a nation where everyone is equal before the law. But the usual suspects in D.C. are at it again, desperately looking for a way to make a special exception for a certain category of lawbreakers: People whose parents brought them here illegally as minors and who chose to remain illegally once they became adults instead of taking responsibility and beginning to follow the law by returning to the nation of their citizenship and applying for legal entry along with everyone else.

Those who care about this matter knew that Trump was likely to go soft. In fact, it was bizarre to many observers that an organization whose sole stated value is legal immigration (Americans for Legal Immigration PAC, or ALIPAC) actually endorsed Donald Trump over Ted Cruz in the primaries, despite Trump’s clear statements in favor of some form of amnesty for illegal immigrants.

On May 3, 2016, shortly after ALIPAC endorsed Trump instead of Amnesty opponent Cruz, I wrote to ALIPAC President William Gheen: “William, … [W]e are very concerned about Trump’s posturing in favor of partial Amnesty and touchback Amnesty.”

Gheen replied, “Dan, We have made it very clear in our endorsement and support of Trump that we will fight him and anyone else tooth and nail on any touchback amnesty or any attempt to change current American laws which prohibit illegals from legally applying to immigrate for a min of 10 years after deportation. ‘We will fight tooth and nail for Donald Trump until the last day of his second term as long as he stays true to his GOP Primary supporters and promises to deport illegals … we do plan to oppose any touchback amnesty plans for deported illegal immigrants.’”

To this day I find it incredible that an organization such as ALIPAC would endorse Donald Trump, a candidate who had indicated support for partial Amnesty, over one who had unequivocally opposed it in word and in deed. But since ALIPAC made their choice, they owe it to their donors and to America to win this one; if they do not, their severe loss of credibility on their core issue will be well-earned.

WHY DOES IT MATTER?

Think about this: What do you think is the primary motivating factor luring foreign parents to break U.S. immigration law, placing themselves and their minor children in (often) mortal danger, and enter the United States. A job? More creature comforts? No: The major factor is that they hope their children will be able to stay in the United States.

Is what they are doing morally wrong? Consider: Parents engaged in such behavior are 1) Breaking laws, 2) Selfishly placing themselves ahead of others who are seeking to enter legally, 3) Placing themselves and their families in actual physical danger, 4) Teaching their children bad behavior and telling them that breaking the law is OK if it helps you to get ahead, and 5) Setting up their children with a difficult moral choice of whether to keep breaking the law when they reach age 18 or to do what is right at great personal cost.

Were illegal immigrant children innocent when they were brought as minors? In many cases, yes. Are illegal immigrant children who are now over the age of 18 still innocent? No, as adults they are accountable for their own actions, and each day they wake up and decide to keep breaking U.S. immigration laws, the responsibility now rests on their own shoulders. That is not the fault of the United States, of our laws, or of our people. It is the fault of those children’s parents who involved them in illegal activity in the first place.

When Ronald Reagan gave his “one time” amnesty in the ‘80s, it sent a message to all Americans and all would-be future illegal immigrants: In America, crime pays. And this message bore its obvious fruit as what had been rewarded got repeated.

We are at this moment in the United States once again poised to affirm to hundreds of millions of people – inside and outside this nation – one of two things:

Lesson 1 (the one we ought to affirm): Everyone should follow the law and respect the governing authorities even when it is difficult to do so. Breaking laws carries consequences not only for yourself but also for those you love including your family members. Sometimes these consequences are delayed, but when they come they are still just.

Lesson 2 (the one pro-Dreamer Amnesty folks want to teach): In America, you don’t need to follow laws. In America, there are different rules for different people. In America, breaking the rules will be rewarded in the end, as long as you demand “your rights.” Americans are pushovers and, really, survival of the fittest is the rule. In America, the law is a joke, and if you wait in line and play by the rules, you are a chump.

I hope that readers will understand this is about much more than whether or not we want to have compassion for a particular group of people. What gets rewarded gets repeated. If lawbreaking gets rewarded and the parents who defied America for selfish reasons for themselves and their children get exactly what they wanted in the first place, millions more parents in the future will similarly risk everything, placing their families in danger, and breaking the laws of the United States – – because they will know that in the end this behavior will be rewarded.

And what will we get by the ongoing importation of millions upon millions of people, generation after generation, who feel laws do not apply to them?

Don’t say I did not warn you.