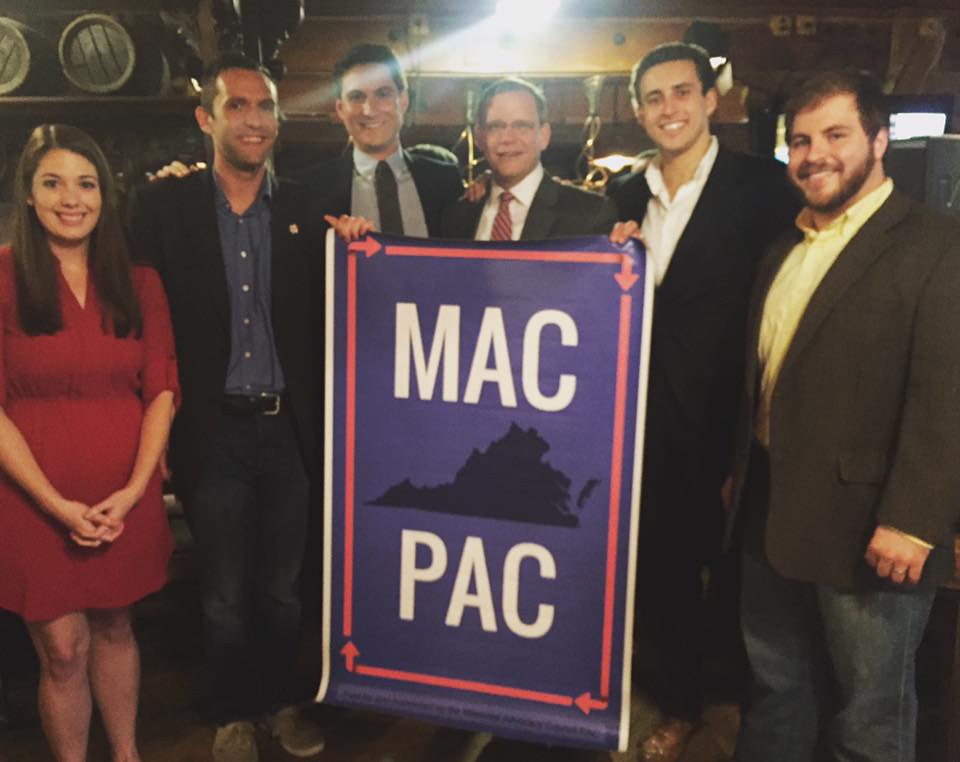 Why the Millennial Advocacy Council (MACPAC) is Crucially Important

Last night I had a chance to attend a MACPAC event in Richmond, Virginia. The young people I met there were intelligent, informed, and committed to working their issues into the mainstream of Republican politics.

It is important to know who these young politicos are and what they are working toward in Virginia. This small PAC is the future of Virginia politics, as Millennials, who are not nearly as disengaged as my brothers and sisters of Generation X (1961-1981), will be dominating the agenda in the decades to come. It is also important to note that these Millennials are far more conservative at their age than were our experienced conservative activists, now in their 60s and 70s, back in the late 50s and 60s.

I have been given the impression that the majority of experienced conservative activists in Virginia look down on what they view as a rising, but moderate, millennial generation. The fact remains, however, that the Baby Boomers who created a booming and prosperous economy for their children and grandchildren, also created a looming debt crisis, because they could not manage our nation’s great wealth responsibly. These Millennials will have to pick up the bill on nearly $20 trillion in debt in the decades to come, not to mention figuring out a way to pay for Social Security and Medicaid programs which are already overwhelmed by the Baby Boomers. Millennials are extremely sensitive to fiscal responsibility, but they are not looking for ideologically perfect solutions to the problems which now face their generation. They are looking for practical solutions, because they understand that they have little time to prepare for the consequences looming on the horizon.

The overwhelming majority of conservative activists that I’ve met and love are getting old. They have been fighting a losing battle for years against an irresponsible and reckless federal government. They are tired, intolerant, and angry; and they are all of these things for very good reasons. However, this Rising Generation, these Millennials, are just now getting involved and learning to understand the political and economic culture that faces them. Bleak as the future may appear to us, these Millennials are tremendously optimistic and they are creating an environment that is both positive and exciting. I must admit, I find them to be marvelously encouraging.

If I could take a minute to offer some advice to the Millennials who are now getting involved in politics, I would encourage them not to get discouraged by claims that they “are not conservative enough”. Do not be discouraged by the negativity and bitterness that hangs like a black cloud over Republican Party politics. Understand that those who have come before you have struggled through remarkable changes in American culture and politics, and have faced a bitter divide in philosophy and strategy amongst themselves. They will certainly want you to pick a side; but I say, become your own side. Do not get sucked into the ideological wars of the past. Instead, focus on the issues that matter most to you, but do so with the full knowledge that this great country of ours will not long survive if it continues to deal carelessly with its finances and with its laws.

You have been saddled with the consequences of decades of irresponsibility. Therefore, neither model yourself after those who came before you, nor make the same mistakes.

I would also like to address the political activists of Generation X – yes, all seven of you. Our generation has been a lost generation politically, mired in apathy and self-absorption. Those of us unaffected by our generation’s general disinclination toward politics must serve as mentors, as cheerleaders, and as willing participants in concert with the more politically astute Millennials.

Yes, it is true that a majority of Millennials have been intellectually crippled by years of government education. Yes, it is true that we can interview Millennials on the beaches of Southern California and discover that they can’t name a single Supreme Court jurist, or the Vice President, or correctly identify the difference between Democracy and a Republic. That does not mean, however, that there are not large numbers of politically astute and relatively conservative activists rising out of the Millennial Generation. They are not, in fact, all Bernie Sanders supporters. They are not, in fact, lazy and entitled parasites of society.

As John Adams, a Republican candidate for Attorney General in 2017, argued before MACPAC last night, the Millennials in his employ do not want to be merely involved in tasks. They want to be involved in the big picture. They want to understand the what and why and how of everything. He’s correct. I say let them in – let them participate in the big picture. Soon enough, these budding politicos will be our Congressmen and women, our Senators and Governors and Delegates. Do not ignore them. We’ve handed them a nearly impossible task.

This is another SBT article that didn’t age well. That guy is such a loser.

[…] response to an article I penned this morning, I have received some questions regarding what Millennials actually believe. […]

At least they didn’t have Ron Meyer in the picture trying to convince us he is a conservative republican
.