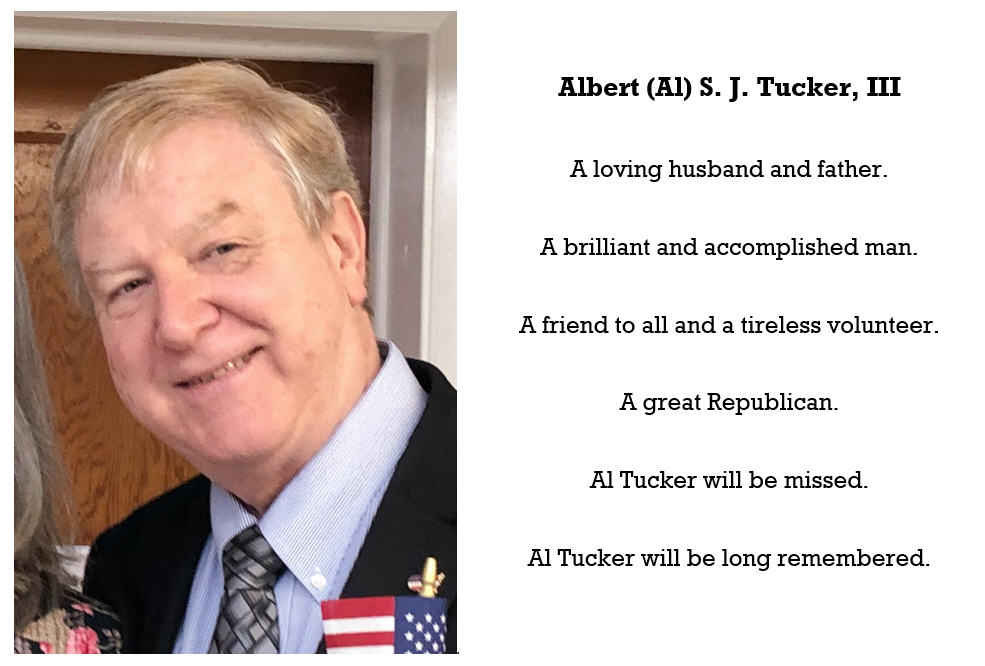 Why the Need for a Minority Report Against the Al Tucker Resolution?

On June 2nd, 2020, a Minority Report was written against the recent actions of the 6th District Committee. It was a very peculiar thing to do. This author canâ€™t find an instance of it ever being done before and thereâ€™s no mention of it in the RPVâ€™s Plan of Organization.  There doesnâ€™t seem to be a reason for it except for political purposes in furthering Jennifer Brownâ€™s campaign for re-election as Chair.

The action of the committee that the Minority Report contested, was approving a Resolution honoring Al Tucker, who died suddenly of a heart attack three weeks earlier. The Resolution honored Al Tucker for the wonderful person he was, for his lifetime of accomplishments, and also for the tremendous work that he had done for the Republican Party and the 6th District in particular.

The approved Resolution had a second purpose, which was to repudiate the false legal charges brought against Al Tucker in 2018, when he got caught in the crossfire of an FEC Complaint.

When the FEC complaints were filed, the majority of the committee, being friends of Al Tucker, vigorously came to his defense (and to the defense of the 6th District Committee which was also named).  We felt it was entirely within the right of the committee to repudiate the charges and we now know, through the investigation process of creating a defense for Al Tucker, that he was completely innocent of the charges made against him.

Although the FEC Complaint has not yet been ruled upon, the majority of 6th District Committee members wish to provide some relief to Al Tuckerâ€™s widow. Sadly, she feels that the pressure of her husband being falsely accused was the cause of Alâ€™s poor health these past two years and thus the trigger to his untimely heart attack.

Through conversations with Al’s widow, she made it known that she would find a Resolution honoring her late husband to be hollow, unless the committee was also willing to publicly declare its position that the complaint against Al had been unwarranted.

So, the question needs to be asked, Why the need for a Minority Report against the Al Tucker Resolution?

Could it be that Brown wanted to sweep the FEC Complaints under the rug so it would be unnecessary to declare the innocence of Al Tucker? Or, was it that Brown needed to deflect attention away from her use of a weaponized legal system during her 2018 campaign for chair, a dirty tactic to defeat Scott Sayre, who was then the Chair of the 6th District Committee?

The first reason is not likely, but the second is. Therefore, this Minority Report is a testament to Brown being a part of the FEC Complaints. It is unknown if the Complaints were written by Brown herself, but because she refused to absolve Al Tucker of the false accusation, the Minority Report clearly shows that Brown needed to have the false accusation be made so that she could win the 2018 election.

We now see that the false allegations were used to defame and impugn the character of Scott Sayre, Brownâ€™s political opponent.  Al Tucker was falsely accused in a situation similar to Lt General Flynnâ€™s, who was caught in the crossfire of a weaponized legal system targeting President Trump.

Weaponizing the legal system to win elections is a dirty political tactic that has consequences to the victims, just the same as doing anything else wrong has consequences. Such consequences must be dealt with correctly in order to make things right again. Doing something wrong for political gain does not mean that nobody gets hurt.

One of the consequences of the bogus FEC Complaints, was that it became very costly for the 6th District Committee.  Directly following the 2018 Convention, the committee needed to spend over $30 thousand on legal fees to defend itself and answer the FEC Complaints.

The second consequence that had to be dealt with correctly was the committee had to clear Al Tuckerâ€™s good name. So, the Resolution needed to declare with certainty that there was no wrongdoing on Al Tuckerâ€™s part.

Iâ€™m not accusing Brown of being a bad person or even a bad Republican, but this is just one more clear sign of her poor leadership as a Committee Chair. Because of such poor leadership, Jennifer Brown should not be re-elected.

Why the Need for a Minority Report Against the Al Tucker Resolution? was last modified: June 5th, 2020 by Guest Contributor Randy Gilbert

Randy Gilbert is the Chair of the Shenandoah County Republican Party, and currently running also to be 6th Congressional District Northern Region Vice Chair. Randy formerly served his country in the US Coast Guard.