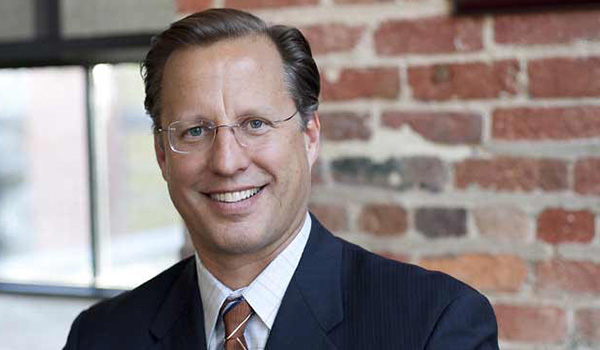 Why turnout in the 7th district is so important

Turn out will be important in every district across the Commonwealth, but nowhere will it be more important than Virginia’s 7th District, which has seen the Democratic Establishment and Leadership pour millions of dollars in to buy the 7th for a Democrat trying to unseat conservative Congressman Dave Brat.

In fact, a lot of moderates are realizing that their kids’ education, state infrastructure projects, state environmental projects, low Virginia unemployment, low taxes, and increasing standards of living are all at stake in the Virginia 7th.

What did the tax cuts really do? Well, they put a lot of money back in the pockets of Virginians who spent that money in Virginia, paying Virginia taxes and creating Virginia jobs. Our state government is raking in massive amounts of cash and that cash is what funds our schools, our infrastructure, and our environmental projects.

The Richmond Times-Dispatch endorsed Republicans and Democrats this year and in the 7th District they endorsed Congressman Dave Brat, saying:

He brings much-needed economic sophistication and understanding to a national capital sorely deficient in both. He has been relentless in his efforts to educate constituents and colleagues about the rising national debt caused by too much federal spending. He was wise enough to grasp that faster growth will result from the Republican tax reform package he supported – and will be part of the long-term solution to America’s budgetary woes.

“If Democrats take control of the House, they will undo all the things that are working. If Democrats win, there will be a dramatic left turn on policy led by Rep. Nancy Pelosi and Sen. Elizabeth Warren. Their failed policies would be bully backed by Brat’s opponent. Send Dave Brat back to Congress.

“I know the real Brat. He was a volunteer at my side for seven years in the Senate when we balanced a budget while championing legislation to create hundreds of jobs and make education more affordable and accessible. Women of Virginia will be pleased that Senate legislation at the time led to creating the first-ever monument to honor the many contributions of women to Virginia and to the nation. It is now under construction at the state Capitol.”

RTD published a letter to the editor by Paul Galanti, who focused on the intellectual value of Congressman Brat to the United States Congress:

Appointed to every finance committee based on merit and expertise, Brat has filled a vacuum. He emerged as a representative who champions what is best for all while remaining untainted by the denizens of the Washington swamp.”

Every Democrat and Republican in the House of Delegates and State Senate who have lamented Virginia’s lack of funding for education and infrastructure should come out today and endorse Congressman Dave Brat who will fight to keep our money in our wallets, in our schools, and in our roads and bridges.

The choice in the 7th District is clear, but this is a close vote and every single Republican and moderate in the 7th District is going to have to show up and vote, take their friends and family to the polls to vote with them, or at the very least call and text them to make sure they voted. Congressional Republicans pro-growth agenda is at stake in the 7th. President Trump’s agenda hangs in the balance in the 7th. Will it remain morning in America or will we retreat back into the recesses of the Pelosi/Obama era?

Why turnout in the 7th district is so important was last modified: November 1st, 2018 by Jeanine Martin