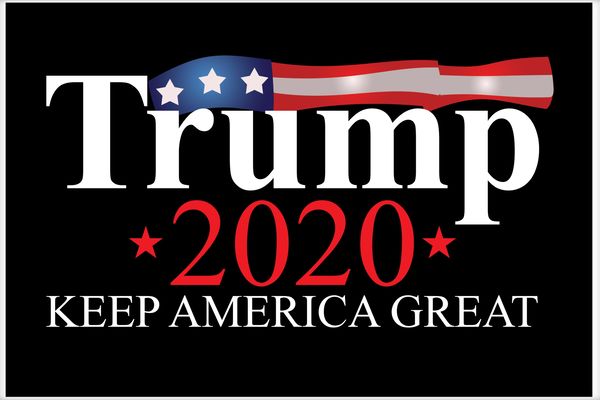 The Democrats have one huge problem going into 2020: It’s called the rip-roaring Trump economy. They will not admit it that it even exists. They don’t understand it. If elected they could not replicate it. They don’t want to talk about it. And when they do, they mislead. Twenty months to the election and the Democrats are struggling with prosperity.

The question that every American voter should be asking is “When President Obama and the Democrats had both houses of Congress and a super-majority in the Senate, why didn’t they do this for America?”

Several times President Trump has called it the best economy ever.

That is arguable, depending on your measuring stick, but if anybody doubts how good it is, consider this: We’re growing faster than any industrial democracy yet inflation is falling; mortgage rates around 4 percent, that’s historically very low; unemployment at 3.8 percent, a generational low; 7 million unfilled jobs; wages rising at the best rate in a decade. I could go on, but you get the gist!

If you’re a Democrat, it’s tough to argue against the Trump economy. Front-runner Joe Biden doesn’t even bother. He just gets it flat-out wrong. He talks of “stagnant wages!”  He actually denies the success of the Trump growth agenda. He denies our obvious prosperity. Other front-runners, notably Bernie Sanders and Sen. Warren, argue for policies that would destroy our prosperity. Raise taxes, increase unemployment, confiscate wealth, regulate business to death.

All in the name of what they think is “fairness.” We can debate fairness all day long but don’t tell me that socialism brings prosperity. It doesn’t. The left has no answer to the prosperity we now enjoy. In fact, if they come to power, they have promised to kill it.

So how do they explain our economic success? How did it happen? They don’t want to go near that. Heaven forbid they have to admit that tax cuts and deregulation bring growth and jobs.

If you’re a glutton for punishment and you watch CNN or MSNBC, you’ll hear pundits claim President Obama started it. I have a big laugh-out-loud on that one. The economy is a losing issue for Democrats.

Americans are taking home more pay, and that means they can spend more. It’s consumer spending that drives two-thirds of the economy. Presidential hopeful Sen. Kamala Harris, D-Calif., rants that “the economy is not working for working people.” Basically, she is lying and playing only to her base.

Democrats hope that Trump-hatred and sustained outrage at one thing or another will pull them through in 2020. They think that holding Administration officials in contempt of Congress and threatening impeachment over imagined offenses will carry them through the election without having to present winning ideas.

I think they are wrong. If President Trump nails the Chinese Trade deal, then stands up and says, “Are you better off now than you were four years ago?” the answer from the vast majority of people will be yes, and Trump wins walking away. Remember James Carville: “It’s the economy, stupid.”