Why We Have To Be Twice As Good As Them

The media’s obsession with rumors and innuendo surrounding E.W. Jackson shows just why we conservatives have to be twice as good as the other guys. The main reason? Their allies in the media lie for them, play the race card, and get away with it.

The latest example comes from Politico, who “report” on a situation seven years ago where E.W. Jackson had a restraining order issued against him.

If this sounds shocking, well, that’s the intention. The headline news is then followed with all manner of scandalous innuendo about how threatening this particular black man was alleged to be toward his daughter’s roommate at the time. 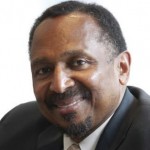 It’s not until three-quarters of the way through the article that we learn that Politico has not unearthed any substantiation of the charges at all.  Politico could not get any of the other people involved to make a statement, suggesting that cooler heads prevailed in time. In fact, the only solid testimony on the episode comes from Jackson himself, who denies anything untoward happened (consistent with the contemporaneous police account).  Instead, we read about a web of allegations between three young women who apparently had a spat, and that actually resulted in no charges, no arrests, and no civil actions.

Why is this basically a non-story?  Politico curiously doesn’t reveal that until near the end:

Temporary restraining orders are often granted based upon the allegations of one party to a dispute, without the other side present to respond and without necessarily passing judgment on the allegations being made.
That appears to be the case here, according to the court records available to POLITICO.

So essentially Politico admits there is nothing to this particular kerfuffle. But that doesn’t matter, as the truth is not enough for them to pass up the opportunity to paint Jackson as unstable (despite the fact that it involves a family man showing up in a bad situation to help out his daughter), and as a threatening black man capable of threatening to kill someone–playing to the worst stereotypes of the religious and of black people. So, Mission Accomplished Politico!

My friends, we have the deck stacked against us. The other side can always offer more money, more goodies, more free stuff. In general, liberals and Democrats will always promise “to do something” about anything, regardless of the proper role of government or the cost in terms of liberty or money. That makes our job as conservatives inherently more difficult, as it’s always a tough sell to tell people it’s better to exercise restraint, or that we need to tighten the belt, or take our medicine.

Just as difficult for Republicans and conservatives more generally, as E.W. Jackson can attest, is that the other side owns the means of information dissemination, and when they want to tell a lie or cast racist aspersions, they can get away with it in all but the most prominent and egregious instances.

That’s why we have to be twice as good as them. The good news is that when it comes to E.W. Jackson versus Ralph Northam, that’s not a problem.

Why We Have To Be Twice As Good As Them was last modified: September 26th, 2013 by Chad Ochocinco
#VAGOVEW JacksonPoliticorestraining order
2 comments