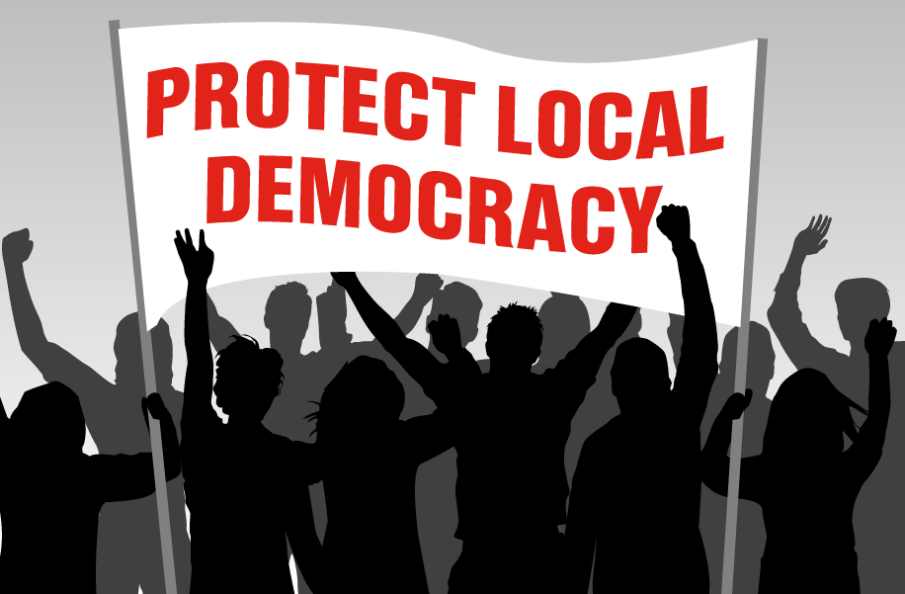 Why We Moved to Fairfax County

Four and a half years ago, my family moved from Montgomery County, MD to Fairfax County, VA in search of better governance at both the county and state levels.  Did we find what we were looking for?  Well, marginally.

In four short years, we’ve witnessed what seems to be an inexorable march toward bloated government and higher taxes, an ever-expanding retinue of self-described “non-profits” with their hands out for taxpayer funding, public school systems grappling to cope with an unexpected influx of students (many of whom arrived illegally in this country), palpable friction between public school administrators and parents concerned about school curricula, a growing drug epidemic, human trafficking horrors, and a breakdown in the ability of local law enforcement to interface with federal immigration authorities to identify law-breakers.

These are challenges to civil society.  They are not unrelated, and they are not unsolvable.  To solve them requires discipline, honesty, respect for the rule of law, and, perhaps most importantly, citizen engagement.

Have you ever ended up carrying the load of work because others didn’t step up to help you?  It felt kind of lonely, didn’t it?  Or did you decide not to get involved with a situation, and wound up unhappy with the results?  When it comes to our precious privilege of self-governance in this American Republic, not enough people engage with the political process, and then end up complaining about the results.

This brings me back to my original testimony about why my family moved from Maryland to Virginia.  Another reason we moved was to escape the stranglehold of a one-party political system that was stifling competition and debate.  After four years in the Commonwealth, it’s beginning to feel like Maryland.  But it’s not just because people disengage from the political process that we get sclerotic governance.  It also can be because political party leadership becomes sclerotic, chokes off competition and discourages citizen participation.

Fairfax County citizens have opportunities to get involved with their local political parties early in 2018 when both Republicans and Democrats are electing new leadership of their Fairfax County Committees.  Engage with these parties.  Ask hard questions, especially of those who want to represent you.  Decide what you can do in 2018 to breathe new life into representative governance, governance that is supposed to represent YOU, but that may be representing established interests.

In this new year, resolve to be an informed and engaged citizen.  Results may not always go your way.  Sometimes, fighting the good fight has its own rewards.  And Fairfax County will be the stronger for it.

Why We Moved to Fairfax County was last modified: January 20th, 2018 by Guest Contributor Catharine Trauernicht

Thank you for your very relevant and personal submission. You have described the same thoughts why my family moved from NOVA to the country side of the Commonwealth. Although we have not spoken since before you moved I am aware of some of your activities to make Virginia’s governments more responsive and honest. Keep up the good work.

maybe try Mississippi next? They should stay poor and Republican for a long time. As areas become richer they also turn blue.

Somehow I think education is a more likely predictor of politics than is income.

Wrong, Chris. As areas become more urbanized, they become blue. The rapid urbanization robs individuals of the ability to care for themselves while introducing crime, infrastructure stresses and rising costs for basic goods and services. This process renders people more reliant on government which is what that particular party is selling. The wealthy northeastern states, California and NOVA were Republican for decades as their wealth increased. Rapid urbanization coupled with overpopulation and stiff regulation of land use policies turns areas “blue”.

Henrico seems to be a microcosm of all that.

You all are a bunch of racists. Bet you all voted for Trump too.

We all need to focus on the 10th Amendment and block grants are a means wherein power is given back to the states as the founders intended. Inauguration Day last year reminded us of how the federal government and the trolls that feed from it (on both sides) cause the nightmare traffic in NOVA along with the concentration of liberal elites that spread their mental disease across our beloved Commonwealth.

Liberalism is like a tick. It can’t ever stop sucking blood from the host. There is no easy answer to the mess in NoVa, but it starts with boots on the ground demanding common sense. Block and tackle politics means getting out of “nice” mode. When Fairfax County is the largest homeowner in the county, you start to see the true scope of the challenge ahead.

Many of our more rural counties own still higher a percentage of the development rights in the county, some own hundreds of thousands of acres, much of it purchased with tax dollars conscripted from homeowners. Look at Fauquier County or similar counties — conservative Republican-led.

Liberals have no monopoly on socialism, especially in Virginia.

I used to like living in N. VA and was proud that it wasn’t Maryland. But now it is, with a leftist political agenda driven by spending millions for illegal immigrant kids at the expense of American kids, and thousands spent to rename schools, and now imposition of EZ Pass lanes when we’ve already paid taxes. If one is a Republican, they’d better keep a low profile, or be held in contempt. The sad thing is the influx of population from 3rd world S-Holes (both foreign and from other parts of the U.S.) is now ruining the rest of Va. because the Beltway counties have so much political power.

Anyone tweeting this article may want to use the hashtag #MakeFairfaxGreatAgain

We have lived in the same house at Seven Corners since 1984. We were young, newly married and before children. We had a Republican President, two Republican U.S. senators, a Republican congressman, delegate and state senator and the county board had a republican majority. Today those are all Demoncrats except for the President. And little hope of changing that party’s chokehold on those offices. We’ve watched as the vaunted Fairfax County school system has deteriorated into a liberal brain-washing program while our three sons went through it, each successive child getting a deteriorating product. We saw a top-rated high school become the lowest rated in the county, and one of the lowest rated in the Commonwealth. We now regularly read or hear of gun crimes, drug busts, assaults, home break-ins, and little about efforts by our elected officials to correct the situation. Traffic — well, it can take me 1.5 hours to drive 4 miles in rush hour, but I’m supposed to give up my car and take public transportation, which would take 2 hours each way and cost upwards of $20 per day, to show my commitment to combat climate change. Elected officials do nothing to improve traffic, and can’t/won’t do anything to improve public transport but talk, talk, talk. All this as our taxes across the board increase, the electric grid breaks down regularly, and our local stores close due to theft and poorer clientele. But the voters return the same crew of clowns to public office year after year. I must be out of step. It must be better than I see it. The voters must be right, right? Yup, it is just like Maryland. And we’re not staying for much longer, just until we can sell the house — if we can find anyone from Maryland who’ll buy it.

Please, clue us in on good high schools outside high-density areas. Few and far between.

Population density is a blessing and a curse. It giveth, and it taketh away.

I’d say move to western Loudoun where the schools are good, food is good, bandwidth is good, but I don’t want more people moving to Loudoun and turning it into Fairfax!

You are so right! And yet in many Virginia rural counties — some near Loudoun — Loudoun is the example of a county with excessive development they wish to avoid.

All relative, of course, but that’s density for you: Can’t live with it, cannot live without it.

We used to say don’t turn Loudoun into Fairfax, now I think Clarke is saying don’t turn into Loudoun! I do love the optimism of my pastor friends though who see the growth as a good opportunity to win souls to Christ ?

But Loudoun is next on the chopping block. The massive population growth being planned in the east is going to slowly siphon off political power until the western part of the county is irrelevant. And the people moving to Loudoun now are the EXACT same type of people who ruined Fairfax.

Fits the Democrat Party’s model of governance to perfection. Lots of very poor people dependent on welfare. Fairfax County wouldn’t be much better than Chicago or Detroit if it weren’t for the federal government and its support contractors who pay high wages for educated people to keep the bureaucracy running. My guess is the DC metroplex is comparable to Silicon Valley in that regard.

I am quite familiar with the declining public school system. Members of my family, who live in Fairfax County, have elected to spend tens of thousands of dollars to put their kids in private schools. There are some good public schools in the outskirts but the heart of Fairfax is a wasteland.

“Their entire DACA and Illegal immigrant push comes at the expense of
the inner city black populations who desperately need a decent education
and jobs.”

Sure! Because we all know if only the Democrats would drop DACA there would erupt loads of education and jobs for inner city black populations.

We need fewer people. We should start by deporting the damn illegals. They are crowding roads, hospitals, and the school system with massive demands and needs for services. And don’t tell me the economy needs them. Back in the day, lawns got mowed, businesses had cleaning services, cars got fixed. Somehow these thing all happened.

Your article could be titled. Why I Left N. Va for the Shenandoah Valley.

Or, the kids are done with school.