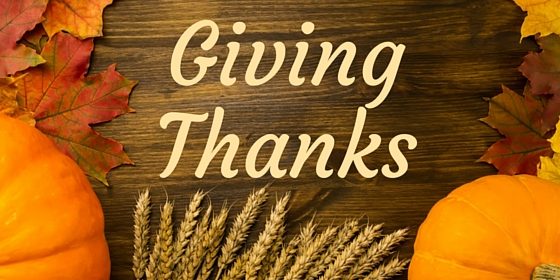 Why We Should Be Thankful For President Trump’s America

If you are looking for political rhetoric, you have come to the wrong place. If you can’t leave your bias behind, there no need to read on. I’m not going to accept the liberal view of President Trump as a Fascist occupier of the White House.

I’m not going to blow smoke about President Trump being the greatest thing since sliced bread. The facts put reality clearly in between. My goal to cut out the lies and spin and prove we have something to be thankful for this Thanksgiving truly.

In the form of honestly, the President was 11th on my list of presidential preferences in the last election. When it came down to the general election, like most Americans, I was very distrustful of Hillary Clinton after the many scandals she was embroiled in.

The Supreme Court is the first reason we should be thankful for President Trump. The facts are undeniable; the two Justices nominated to the Supreme Court were outstanding. I base that on facts. Both nominees have proved through their experience and extensive writings that they understand both the law and The Constitution.

Those are the only two facts that are relevant. Their opinions on Roe V Wade or social justice issues are irrelevant. Their understanding of the original intent of the framers in their construction of our constitutional protections should be the only grading process for our highest court. Anything else is a political distraction that has no business at the Supreme Court.

The next thing to be grateful for with President Trump is honesty. Before you go into cardiac arrest, it’s not what you think. President Trump offers a fresh contrast to President Obama, with whom Democrats feel should be deified.

Third, I am thankful for President Trumps tax cuts. American families making between $19,050 and $165,000 saw a 3% tax cut last year while doubling the standard deduction. This is a fact that every political stripe should be thankful.

Fourth, and I think the most important reason to be thankful to the President is a promise that was promised by every candidate from every party, every year from every local, state, and federal election I can remember. Jobs. Record low unemployment. Not just in the south, or the northeast, but nationwide. Not just among certain demographic groups, but every group. Most notably, minority unemployment is plummeting.

In the interest of honesty, this statistic was beginning to trend in this direction under Obama. But President Trump’s economic policies lit a fire under it.

To put the icing on top of soaring employment, the number of African American small business owners in the United States has increased by a staggering 400% in just a year.

These are a few stone cold facts that are not arguable. They are facts that we should all be thankful for. They are also issues that should have bi-partisan support, even if you hate Donald Trump personally, his policies are having a good impact on America.

Don’t be afraid to give praise and thanks for those things that are lifting all Americans. See past the stupid tweets and Presidential ego trips. In the season of Thanksgiving, give thanks for the right things and eschew to petty, political differences. That is the REAL way we can all make America great again.

Why We Should Be Thankful For President Trump’s America was last modified: November 22nd, 2018 by Frank McDonough