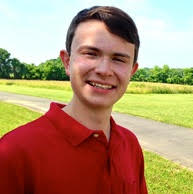 Why We Teens Should Care About Politics

I want you to care about politics. So often, it seems like thereâ€™s no point. We frequently get news of scandals, gridlock, and power playsâ€”apathy becomes so easy.[read_more]

I think that at some level, most of us teens know that the government can be changed by the people. Itâ€™s hard, though, and it takes time. The slow pace of change causes us to lose interest.

Government is the only institution that can legally use force on people. I realized that I had to care about politics when I realized that the essence of government is legalized force. Think about it. Only government has the authority to make regulations and dispense justice. Such an organization needs to be watched closely. Luckily, in America, we can influence government. And teens can too.

Here are three compelling reasons to care about politicsâ€”

1. Politics do affect you. Often I hear people say, â€œBut politics donâ€™t affect me!â€ Thatâ€™s simply not true. The reach of government is far, affecting matters from the price of gasoline to the availability of jobs. Most importantly, the decisions made by those in power affect your freedoms every day.

2. You can make a difference. Some of my friends get a sense of hopelessness when the subject of politics comes up. The mentality is, â€œNothing can be done! I canâ€™t make a difference.â€ Again, the idea that nobody can make a difference is balderdash. Less than 60% of the eligible population will even bother to vote, even on a presidential election year. As a teen, merely being willing to discuss and think about politics makes a difference, because discussion is where opinions are formed. Iâ€™m not asking you to â€œget involved.â€ I just want you to think about the issues.

3. Politics can be unpleasant, but they control your freedom. So often, I hear, â€œPolitics are disgusting; theyâ€™re a twisted game for power, and I donâ€™t want to be involved with that.â€ Yep, sometimes, they are. Power attracts corruption. Thatâ€™s precisely why the workings of government warrant the attention and vigilance of every citizen.

All over America, teens get involved in political efforts without even being old enough to vote yet. Why? Because they understand that they are part of the next generation of leadership. They donâ€™t want to be part of an apathetic sheeple.

I want you to care, just a little tiny bit. Listen to politicians and try to determine what principles they hold. Keep up with current events. Figure out what you believe.

Remember, your freedom is whatâ€™s at stake.

Why We Teens Should Care About Politics was last modified: May 26th, 2015 by Jeanine Martin

“…the essence of government is legalized force.”
Perceptive and insightful. Once you understand that, you understand the Leviathan and why it is a dangerous Beast. It can be tamed, but it can also run out of control.

Thanks for your comments, David!