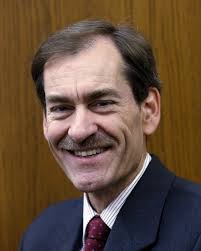 On Tuesday Delegate Mark Berg is being challenged by Chris Collins in a primary in the 29th House District. Your vote should go to Delegate Mark Berg because without him we would not have been able to stop Medicaid expansion and the huge tax increases that would have been necessary to fund it coming years. [read_more]

Mark Berg is the people’s watchdog in the House of Delegates.

As a physician no one knows the health system better than Delegate Berg. No one knows better than Dr. Berg the damage that Obamacare has done to our country. He will make sure that never happens in Virginia.  As your representative, Delegate Berg listens to you, he’s had more than 6 Town Hall meetings since he was elected.  He listens to the voters and takes care of them in Richmond. (Please don’t believe his opponent’s erroneous mailers, Berg is very responsive to constituents.) Delegate Berg will never vote to raise your taxes or fund medicaid expansion in Virginia.

Delegate Berg has the full support of conservative stalwarts like Senator Dick Black and Delegate Bob Marshall. In Senator Black’s endorsement of Delegate Berg he said,

Delegate Mark Berg was particularly effective in blocking Obamacare in Virginia this year. His intimate knowledge of the so-called “Affordable Care Act” was vital to crafting our strategy that blocked Medicaid Expansion and prevented Gov. McAuliffe from adding 400,000 to the welfare rolls. This conservative victory will have enormous long-term effects on the fiscal stability of the Commonwealth.

I am honored to work with Delegate Mark Berg in Richmond because of his steadfast commitment to Virginia’s families.

Delegate Mark Berg is the kind of conscientious legislator we need to keep in Virginia’s General Assembly and we can keep Mark there by voting for him on June 9^th in the Republican primary.

I have worked with Mark these past two years and am impressed with his ability to thoroughly review bills hundreds of pages long, and find problems other miss.

I have personally witnessed Mark pour over 400+ page budget bills on the floor of the House of Delegates in the short window before a vote.

Dr.Berg’s rigorous training as a medical doctor enables him to digest complex legislation efficiently and quickly!

It was Delegate Berg who discovered the craftily drawn language in the Virginia Budget that set up a virtually invisible authorization to slip Medicaid expansion through the earlier Budget. Mark’s insights helped Senator Black lead the effort to amend the bill and to stop Gov. McAuliffe’s efforts to craftily expand Medicaid without transparency. Had Delegate Mark Berg not been a Delegate, McAuliffe might have succeeded.

Being a physician, Delegate Berg’s more in-depth understanding of health issues is an asset for voters in Frederick, Winchester and Warren counties who do not want to undermine the delivery of health care services to the underserved, but also do not want more and more expensive, socialistic programs.

This past session, Delegate Berg found a serious flaw in a measure dealing with economic development. Mark informed me of this, and I was able to stop a bill on the House floor that was rolling through the Assembly like a freight train in the night. With Mark’s research, I was able to convince my colleagues to amend the measure. Mark’s good eye caught a problem that likely would have triggered major law suits down the road!

Mark Berg is serious about keeping his Oath of Office to uphold and defend the Constitution. Mark’s decisions are also guided by his conservative principles. He always ask himself, how will families in his district and throughout Virginia be impacted by the legislation being considered.

Mark introduced bills to defend our Second Amendment rights, protect children from sexual abuse, protect the privacy of student personal records, curb the collection and dissemination of license plate reader data, and have police employ body cameras for their and the public’s protection. The introduction of these measures has started a discussion among policy makers, and that is a necessary first step to getting a change in the law.

Bottom line: you can trust Mark Berg to follow through on his commitments. Mark’s desire to serve others by becoming a medical doctor was a great foundation for his dedicated service in politics. We need
Mark Berg standing for all of us in Richmond.

We join Senator Black and Delegate Marshall in urging all voters to vote for a true conservative and protector of the people in the 29th district, Delegate Mark Berg.