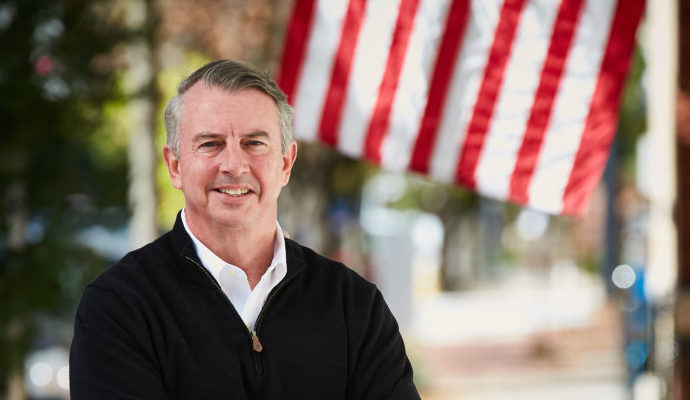 Why you should vote for Ed Gillespie for Governor

There are so many good reasons to vote Tuesday for Ed Gillespie.  Here are a few:

Why you should vote for Ed Gillespie for Governor was last modified: November 6th, 2017 by Jeanine Martin

I’ve been working Virginia elections since 1994 and never seen a worse three hour morning for Republicans before. Complete melt down.

This article came out yesterday. it concerns me, as I wonder if a large number of NoVa voters voted before the whole controversy over the Latino Victory Fund ad and Northam’s demise.
How many folks vote early in gubernatorial races? Is it enough to be a factor tonight?
Just curious what folks think. http://www.insidenova.com/news/election/surge-in-absentee-ballots-for-virginia-s-elections/article_85868224-c319-11e7-af79-237961ffaf3f.html

A good percentage could be military absentee for Gillespie. I also remember that Clinton’s campaign manager, Robbie Mook, held a press conference in late October last year to imply that their early/absentee numbers made them think they had already won North Carolina and Florida. I think whichever side gets more of their people to the polls today will win.

Some say every vote matters, it does.
It does when casting for a Candidate.
Every life matters.
Every Va Citizen job matters.
Ed Gillespie the last of the Bush Advisors must not be elected.
While we sent our young men to Iraq to fight a lie, a UN resolution
3,800 of them did not return.
While used thier freedom to defend our , the rule of civilized law these young men put thier freedom on hold, War Mungers.
While they were away the Administration thought it be just to to let America, Virginia be flooded with illegal immigrants, drug dealers , rapist, child molesters and MS-13.
And now Ed says he will clean up
MS-13 , Huh Bush’s imported mess while our Nobel warriors were away.
A little infidelity to United We Stand.
Ed by just towing tax dollars at Gang Task Forces WILL NOT rid us of
MS-13.
Now jobs Ed says he will cut DPOR Regulations, this will create jobs and Broaden the base.
On this very site I have repeatedly ask what Regulations? Would one supporter please post.
Not one person has been able to answer, why? Because it is Horse Crap?
Myself as a employer governed by DPOR there is not a single DPOR Regulation cut that would cause me to hire a single man.
Ed Gillespie has had a wonderful opportunity to discuss the the annual loss to Va. General fund of 25 Million as reported in our Joint Legislative Audit Review Committee Report 427, he has not. That would be $100 Million under McAuliffe ( McAuliffe implemented Executive order 24, our Employee Misclassification Task force )
No Ed Gillespie will not do one single about illegal immigrants taking legal Va jobs, no given. I can employ as many Illegal immigrants as I wish being a Licensed Home Builder, issue a 1099. There are no Va. Laws stopping this avenue of employment.
A man running for Governor should know this, NOT run from it.
Please do not cast your vote for once Amnesty Ed Gillespie now Santurary Employment Ed, say no to Ednesty Employment.
Oh, and two more MS-13 members will have thier charges certified today in the Bedford County Murder of Raymond Wood. Why didn’t Ed speak up about two of these killers fleeing the Montgomery County Murder to Lynchburg Va earlier this year, they came here to hide and work. Ed will NOT cut off the head of the snake, illegal employment instead he will provide a rock for the snake to hide under.
If he does win I will not be upset, for I
EXPECT a $700.00 tax cut immediately!
Oh and Fireworks will be legal in Va.
I will cast for Adams and Vogel.
Ed has not earned my vote clearly on the illegal employment issue alone.

When Ed wins, I hope everyone in the RPV pays attention as to how all factions of the GOP came together to make it happen. I know way too many folks took their toys and stayed home in 2013 and in the last presidential election. Doing what is right for the country, or in this case, the state, is more important than your over-sensitive feelings. Every vote counts!

Agreed. I observed during our poll watcher training that the people taking the training cut across the cloth of the Republican spectrum. Everything from crusty old Republicans to brand new voters getting involved.

We ran about six training sessions and each of them was full or near full. Our very last training session (for those that couldn’t make for the previous times) was last night. I was expecting about three people to show up and seven showed. I was up until 2 this morning, getting letters out and answering questions. What a great problem to have!

It shows enthusiasm and involvement by the voters in a race once pooh-poohed as a snoozer.

Correct. The GOP and party are uniting and Ed, Jill and John should win today. So, I hope there is no scapegoating of Corey or Trump if Ed loses.