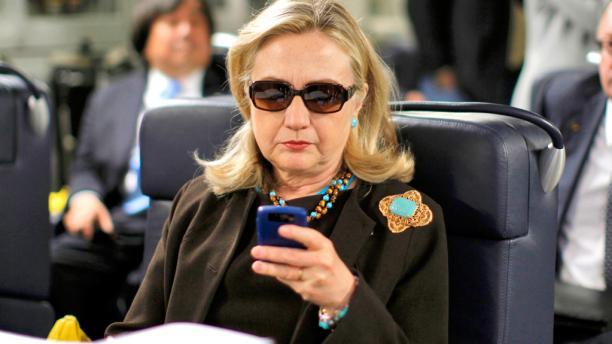 First, the devastating email dumps from WikiLeaks continues. To date WikiLeaks has released nearly 17,000 internal emails hacked from Democratic godfather and Clinton Campaign manager John Podesta, to and from a who’s who list of Washington officialdom, the DNC, Party officials, and others in and out of government.

However, the breadth of just what we do now know about the financial, moral and intellectual corruption of the political and corporate “ruling class” is simply jaw-dropping. Even the most previously cynical and suspicious among us have to be shocked by the maliciousness and dishonesty that has spilled out of the email revelations like the innards of a ruptured garbage bag.

This is what Washington has become; an ethical and moral cesspool where open corruption has entombed the political, corporate and media-entertainment “ruling class” like the Pyramids did the Pharaohs and their Queens. They look amazing on the outside, but everything inside is dead.

Newly released FBI documents only put an exclamation point on how the system now works in Washington. The released investigative notes from the FBI demonstrate that Under Secretary of State for Management, Patrick Kennedy, pressured both the FBI and State Department security officials to reclassify originally “classified” emails sent or received by then Secretary of State Clinton on her private server system, to “unclassified.” In addition, the language of the documents makes it abundantly clear that a quid pro quo was in play, where the future status of FBI international offices was a “payoff” for the reclassified documents.

For his part, the President in an impromptu answer to a question about the reported quid pro quo was quick to throw the FBI under the bus, stating bizarrely that there “isn’t any evidence of that at all.” Presumably, the FBI’s own documents don’t count with this President.

All of this must give the current resident of 1600 Pennsylvania Avenue bad heartburn. President Obama – a man for whom the truth is only a theoretical possibility – told the American people over a year ago that he only learned of Mrs. Clinton’s private email server, “like everyone else, when I read it in the newspaper.”

But, in fact, we have now learned through the WikiLeaks dump that the President corresponded with his Secretary of State on that private system using a nom de plume; liar to liar as it were. Of course, any “classified” communication by U.S. officials – received or responded to – using a non-secure server system is illegal, so one must wonder at the President’s own culpability in all of this.

And speaking of the President; while the gale winds of the current elections were blowing back and forth, the President last week in Pittsburgh went on a disturbing rant on free speech – using that term as a red herring – once again displaying the radical left’s dangerous fascination – its constant meme – with modifying the Bill of Rights to accommodate the “will to power” of the  socialist-Marxist ideologies, of which Mr. Obama is an adherent.

The President (a self-described Constitutional law professor) declared, “We are going to have to rebuild within this wild-wild-west-of-information flow some sort of curating function that people agree to.”

Which brings us again to the WikiLeak email dumps and the terrifying reality of how these people work outside of the public spotlight – what they really think and what they really say when the average citizen can’t hear them.

This election is about so much more than Donald Trump and Hillary Clinton. The last few weeks just clarify – again – that is really about whether there is hope for the concept of the rule of law, and sanctity of the Bill of Rights and so much more we have taken for granted for generations.

The first Tuesday of next month may be a moment we can’t turn back from if our choices don’t live up to our heritage.