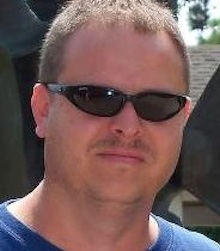 We wrote about them here and here. Now, in the aftermath of all of the appeals and an unsuccessful lawsuit, the perpetrators of the slating have given up all pretense of fairness or abiding by the rules in their naked quest for power. [read_more]

This became plain last Sunday at an improperly called meeting of the 5th District Committee (the call was issued less than a full 7 days ahead of the meeting), where Berkley attemptedÂ to thwart the SCCâ€™s final and binding decision regardingÂ the slating in Campbell County.

That decision was to require the Campbell County mass meeting to be reconducted without the encouraged participation of Democrats and other non-Republicans. Berkleyâ€™s allies didnâ€™t like that, so they decided to sue the Republican Party!

They also asked the court to allow them to postpone the mass meeting until the lawsuit was resolved. Campbell County chairman, Les Williams, decided to take matters into his own hands and unilaterally postponed the mass meeting that SCC had mandated be redone. Shortly thereafter, the circuit court completely threw out the slatersâ€™ lawsuit, saying that the Republican Party has the right to run processes without the inclusion of Democrats.

But that didnâ€™t stop Berkley and his now-infamous bullying techniques. Having lost in court he engineered last Sundayâ€™s 5th District Committee meeting to declare that the Campbell County Republican Committee was dysfunctional,Â so that hisÂ 5th District committee could take control over it. His justification? That the CCRC had not conducted the mass meeting in accordance with the State Central Committeeâ€™s orders. Thatâ€™s rightâ€¦they first sued to stop the mass meeting, and when it was postponed, they decried it as evidence of dysfunction!

Berkley arranged for a majority of members present at his Sunday meeting in part by cheating (throwing out an unfriendly proxy vote) and in part by bullying (having a woman member of the committee physically thrown out by a former Marine serving as Sergeant-at-Arms for having the temerity to raise a point of order about the thrown-out proxy). Having then ensured a majority, Berkley led his committee to oust the current Campbell County Committee (in direct contravention of a General Counsel ruling on the topic), and install 18 new hand-picked members and a new chairman (in direct contravention of SCC, and an explicit binding ruling from the General Counsel).

Time and again, in Berkleyâ€™s rogue Wild, Wild West, the only â€œrulesâ€ that apply are Berkley Rules. We had a preview of what to expect from him when he, with the support of Congressman Robert Hurt, refused to seat properly elected delegates from Charlotte and Campbell counties at the 5th District Convention. He personally threatened me at that very convention. Before that, we knew what he was capable of when he lied about discarding delegate prefile forms. Yet here he is, serving as a member of RPVâ€™s Executive Committee while flagrantly disregarding its most fundamental rules, and promising to continue to do so. Hereâ€™s what Berkley had to say last week in an email exchange with Nelson County chairman Carlton Ballowe, in which he refuses to recognize RPVâ€™s authority over matters in the 5th District:

â€œAs far as me rolling over for a bunch of do nothing people that are destroying our Party. That will never happen.â€

Rather than doing theÂ hard work of Â trying to win the upcoming Campbell County mass meeting with legitimate votes, Berkley and his allies have taken the party to court and outright cheated.Â Â Berkley has persistently violated the rule of law in our Party and ignored direct orders issued by SCC.Â WithÂ hisÂ track record of anarchy Berkley should be removed as 5th District Chairman when SCC takes up the issue again on January 24.

[…] This one has been documented VERY well on The Bull Elephant and Red Nova, here hereÂ andÂ here. […]

Not only does Berkley behave like a thug at the 5th district meetings, he doesn’t know how to run a meeting. I have never before witnessed such incompetent and boorish behavior in someone chairing a meeting. He tolerates nothing from those with whom he disagrees, as demonstrated by his having a voting member removed simply for raising a point of order. It is absolutely appalling. I want nothing further to do with the 5th district Republican Party until the issue is solved. In other words, until Berkley is removed from office.

I think it is inaccurate to say Les Williams unilaterally took matters into his own hands to postpone the Mass Meeting.

Rick Boyer (his lawyer) consulted with RPV’s lawyer, Cortland Putbrese quite a bit, and everyone decided to advise Mr. Williams to postpone the meeting. Mr. Williams never would have done so on his own.

Everyone decided to postpone the Mass Meeting because it was agreed that making efforts to cooperate with the courts would give Williams and RPV a legal advantage, and that this advantage outweighed the obvious disadvantage of having to postpone the meeting. This proved to be true – with the meeting postponed, the original request for an emergency injunction was withdrawn, and the only thing left for the court to consider at the first (and last) hearing was Mr. William’s/RPV’s request to dismiss the case. Because theirs was the only request on the table, they were given opening and closing arguments, whereas Ferguson’s lawyers could only present one rebuttal. Plus, Mr. Williams and RPV had made an effort to be cooperative.

I know this seems like minutiae – but I just wanted to point out that it was not a case of Mr. Williams “taking matters into his own hands.” He would never have made such a decision on his own.

Other than that small detail, this article is bang on factually correct!! Excellent job on reporting the details of a long saga of abuse of power.

Jon Berkley (aka Robert Hurt) has fractured an otherwise unified 5th District – and to what end?

The last desperate grasp of the Establishment trying to crush the Tea Party/Conservatives in the RPV. Make no mistake.

And Berkley/Establishment will fail .. oh yes. It’s been a while, so to refresh our memory – here’s Berkley’s nefarious actions in Charlotte County last March – http://redstatevirginia.com/2014/03/charlotte-county-gop-games/ & also at the 5th District Convention in May – http://fairfaxfreecitizen.com/2014/05/21/hurting-conservatives-fifth-district/ .

Jamie, it is really, really tough to unite as a party or with anyone for that matter, when we are called cheaters.

So kelley, are you saying you condone the actions of Mr. Berkley? If so, please state it clearly for everyone that you support the actions that Jamie has outlined were taken by the 5tht District Committee in an illegally called meeting. Please state how you support ignoring explicit orders from RPV and suing the party.

If, however, you do not condone these actions, why aren’t you publicly calling on the 5th District to follow the explicity rulings of the State Central Committee? Why aren’t you joining Jamie in condeming these actions? That would help unite the party.

Supporting lawlessness and attacking Jamie for pointing it out is the kind of behavior that is keeping this party from moving forward.

how did your arrive at these conclusions?

what is keeping this party from moving forward is the fight between those who are either true evangelicals (& therefore believe that gays are bad; divorced women are unclean & that the earth is only 6,000 years old) OR those using the evangelicals for their own political ends. These people use religion to divide us.

so. how is all that working out for us so far?

Huh?!? Where did gays & divorced women come into this? Oh, they are just your attempt to dodge and weave. Doesn’t work; your gratuitous swipe at Evangelicals notwithstanding.

If you support Jon Berkley’s cheating the rules – then you’re a cheater also.

Got it? Good. Please don’t bring straw men into this anymore.

whether you like Jon B or not, he is not dividing 5CD Republicans. It is exclusionary ideology that divides us.

& accusing me of being a cheater does not make me want to join any group (political, civic, social) with you.

If you were to attend a 5th district committee meeting, it would be clear to you that Jon Berkley is dividing the district. It is deliberate and it is obvious.

Jon Berkley has demonstrated repeatedly he is not fit to lead the Republican 5th Congressional District and he needs to be unseated in accordance with RPV’s Bylaws. It’s unfortunate Congressman Robert Hurt provided ongoing assistance to Mr. Berkley’s breaking the rules at the 5th District Convention.

We Republicans of the 5th District deserve better than this big mess now. And we have a month and a half to go until the next SCC meeting. Who can tell how much more damage Berkley can do in that time?

I supported Mark Lloyd; he should have won last spring. We’d all be better off.