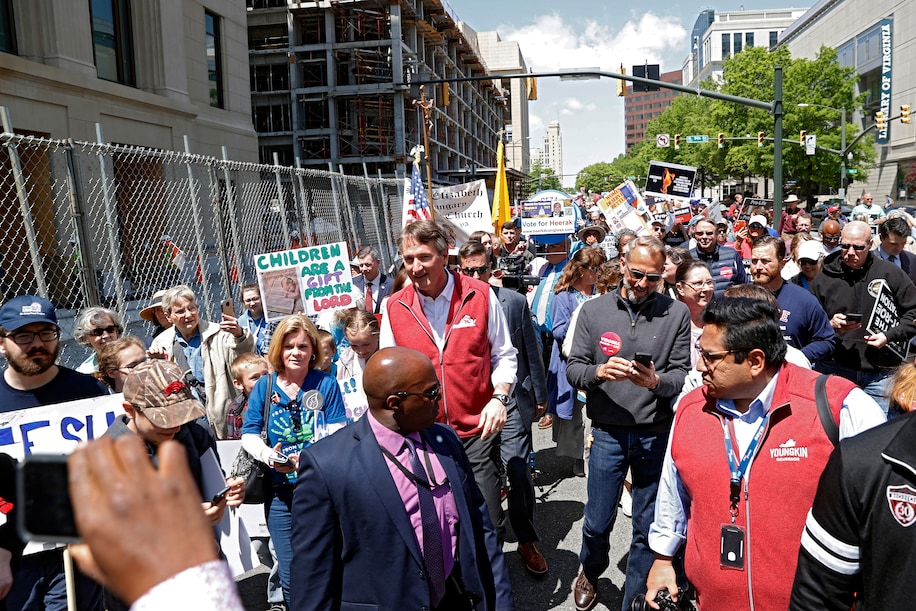 Will laws change in Virginia after SCOTUS ruling on abortion?

If the Supreme Court rules as expected on the abortion, ruling that Roe v Wade was never constitutional, 26 states are likely to immediately ban abortion:

Will Virginia join these states? Like all things in politics, it all depends.

Governor Youngkin will not comment on an abortion ban in Virginia until the official ruling has been released by the Supreme Court in late June/early July. He said:

“There’s a lot of common ground on this topic,” Youngkin said. “We want fewer abortions in Virginia, not more. We in fact don’t believe that you should be able to get an abortion all the way up through and including birth. We in fact think the parents should be engaged in their children’s lives, particularly making tough decisions with children who are minors.”

Currently, Virginia allows abortion to be performed up to the third trimester and even allows some exceptions after 30 weeks, rape, incest, and health of the mother. Governor Northam famously said babies could be killed after birth. Of course, Democrats rallied around to support him or deny that he ever said it even with a video taken during an interview with WTOP news.

Democrat lawmakers in Virginia would like to codify the ‘right’ to have an abortion and Republicans would like to ban abortions, or limit abortions to the first trimester or perhaps 15 to 20 weeks as many other states have done. While campaigning Governor Youngkin declared himself to be pro-life and he supported a “pain threshold bill” that would ban abortion after 20 weeks.

At this time Republicans control the House of Delegates by two votes and Democrats control the state Senate by one vote. One of those Democrat Senators, Joe Morrissey of Richmond, has stated that he is pro-life and would support a bill banning abortion after 20 weeks. That would give the Republicans the tie vote they need to pass the bill with Lt. Governor Sears breaking the tie. (God Bless the colorful Mr. Morrissey.)

Both chambers of the General Assembly run for re-election next year although there is a pending lawsuit to force the House of Delegates to run this year, under the new redistricting maps.

Stay tuned, there is a chance a bill banning abortion in Virginia after 15-20 weeks could be passed as early as next year, even with Democrats fighting against it with every fiber of their being every step of the way. There is no issue more important to elected Democrats than women being allowed to kill their babies.

Will laws change in Virginia after SCOTUS ruling on abortion? was last modified: May 4th, 2022 by Jeanine Martin

Think what the ruling will do for the “domestic supply of infants” though!!!

““We want fewer abortions in Virginia, not more. ”
The number of abortions has been going down for years. Thank Planned Parenthood.

“We in fact don’t believe that you should be able to get an abortion all the way up through and including birth. ”

” Governor Northam famously said babies could be killed after birth. ” Taking things out of context is so much fun, isn’t it? Pretty freaking dishonest but still fun, right?

Since folks like you can’t define a woman, why are you all uptight? Sounds like all the protests are nothing but an alinsky tactic to shift the blame from your stupid idiot ideas to people with sense, aka republicans and most Americans with a brain.

It’s telling that John has to claim “taken out of context.” That’s either a deliberate lie, or a statement made by someone who relies on DEM media. John should listen to the interviews with DEL Tran and GOV Northam. They clearly discuss state that Tran’s proposed law would allow abortion (read infanticide) up to and including during dilation, and in Northam’s case after the baby has been born. Totally in context. Totally barbaric. Infanticide should be considered murder.

I know the answer to the question “how many third trimester abortions have been perfomed in Virginia since 2020?” Do you? I doubt it