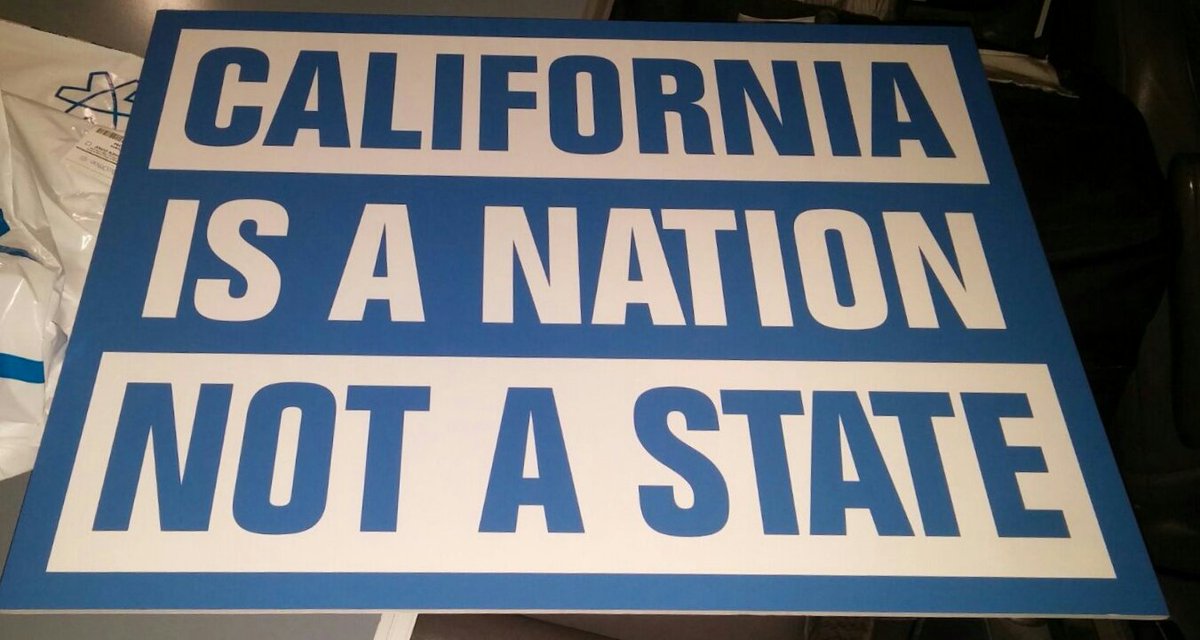 Will California and Oregon Secede?

After the election of Donald Trump a group of California residents have formed an organization to support California secession from the US. Â The group, known as is YesCalifornia.org, isÂ comparing their movement to Brexit, calling it #Calexit. From their website:

â€œAs the sixth largest economy in the world, California is more economically powerful than France and has a population larger than Poland. Point by point, California compares and competes with countries, not just the 49 other states.â€

â€œIt is about California taking its place in the world, standing as an equal among nations,â€ the site continues. â€œWe believe in two fundamental truths: (1) California exerts a positive influence on the rest of the world, and (2) California could do more good as an independent country than it is able to do as a just a U.S. state.â€

California will vote to leave the union in the Spring of 2019. Even if they vote to secede it may not be possible. The Supreme Court ruled in 1869 that states can only secede if the other states agree or there’s a revolution. Â No doubt some states would agree to let California go.

“Oregonian values are no longer the values held by the rest of the United States,” Trejbal said over the phone Thursday.

“Life, liberty, the pursuit of happiness,” Trejbal said, “plus equality.”

Isn’t that what the US is all about? Â Aren’t those the values of the country?

For the Oregon Secession Act to succeed it first needs a thousand signatures. The authors are also entertaining the idea of inviting other states to their Constitution Convention, perhaps Washington, California, and Nevada.

Will California and Oregon Secede? was last modified: November 10th, 2016 by Jeanine Martin

[…] the election numerous articles, including one of ours, have been written about California seceding from the nation. They should secede because they are […]

Yeah, after the 2012 election, Texas wanted to secede too, it went nowhere. But if the formerly great state of Kim Kardashian and Bruce, err, Kaitlin, Jenner wants out, please, please go, and leave the rest of us in peace. And yes, you can take Oregon with you. We’ll name you the “Republic of Fruits and Nuts”.

Someone should introduce them to federalism…

They’ll never vote to secede. What I find ironic is how pre-election day, the media was reporting that Americans just want this election to be over so we can move on (when they thought Clinton would win).

The next 9.6 earthquake or massive tsunami – and these sick leftists will beg for the rest of the country to bail them out. How about those who want to split California into six states. Bet the California government isn’t interested in losing the cash cow that supports big city welfare users and illegals. And let’s not forget that if California were to succeed in this tantrum, then Western Maryland would have a compelling case for abandoning Baltimore to its welfare madness.

Won’t take a natural disaster for that, they were begging for a bailout in 2008. They can’t afford the promises they’ve made as it is, even during the best of times.

I would also add that the drought situation threatens to return Southern California to the desert. Lots of ways for this to play out.

Yeah, Article 4 Section 3 is as tyrannical on the formation of new states as the 14th amendment Section 4 is on the thirteenth amendment with regards to how our ever ballooning national debt keeps us and our children owing trillions that we cannot even begin to repay in our lifetimes..

I say let them go their way. Let it be amicable, and let them drown in the sea of illegal aliens. And could any of us military types imagine what their military would look like?

It will be interesting to see how soon that their tech billionaires would pack up and leave for New Zealand… Hollywood types would be saying adios to that country also for the same reason. I say this because those guys would have to bear the brunt of funding The Peoples Republic of California. They are going to find out very quickly that handing out free stuff will require onerous taxes on them, the producing class.

Not to mention the debts they already owe to the other states as well for funding so much of their social engineering and sanctuary cities. Yet if the cede, will those in at least 6 other parts of their state already seeking separate statehood from the Sacramento capitol be pulled away with them, much less the fact that so much of the U.S, defense industry and military bases along the coast are indispensable to the nations’ national defense?

Best they leave before the rest of the nation has to foot the bill for their economic bail-out.

It is infuriating that liberals are having a meltdown because one of the most corrupt families lost an election. Go over the Clinton’s past and tell me that this family for which government IS THEIR BUSINESS should have the ultimate power of government. Need I go over the scandals of that POS Bubba which culminated in pardoning Marc Rich… so Hillary could get a big fat check for her NY Senate Campaign and Bubba could seed his filthy foundation. Then when you think it couldn’t get any worse,… then it does after they leave office.. Do imbecile liberals think that the Clintons were giving quarter of a milion dollars speeches and foreign governments were donating to that foundation for the reason that didn’t involve pay for play or quid pro quos? Then you have their arrogance that the laws don’t apply to them… like her bloody server passing secret information to an unsecured homebrew server.

Yes Trump has his faults… but he WAS NOT IN THE wretched swamp, making money from being a politician…

And you know how liberals like to say how much the red states use welfare… hey idiots… California gets a major chunk of federal money for entitlements. And the unfunded liabilities for government services and pensions.. so go ahead and leave. You can have all the sanctuary policies you want for illegal aliens… YOU GET TO PAY for them. I posted how much that Hillary’s amnesty would be… 1.29 trillion of which a major portion of that spending is in sanctuary California.

Hilary can be the first Dictator of the Banana Republic of California..

If California gets to do it I guess there’s no way to stop NoVa from leaving the rest of Virginia alone … err, I mean, going out on its own, ya’ll know what I mean. Good luck NoVa c’ya bye!

Yeah, Nova was once apart of DC, but Dc gave it back. Nova should probably be its own state anyway and I would love to be a party to bringing about that political divorce, so my vote is not continually being disfranchised.

To the Left Coast: Don’t let the door hit you in the behind on the way out 🙂

Would we really miss them? Then again, my now-Portlander sis (a vegan who is the polar opposite of my political stances) would have to choose her allegiance

I understood Texas was the only State that had and reserved the right to again become the ‘Republic of Texas’, but it’s great to contemplate.
https://en.wikipedia.org/wiki/Republic_of_Texas

Or split up into 4 more states.