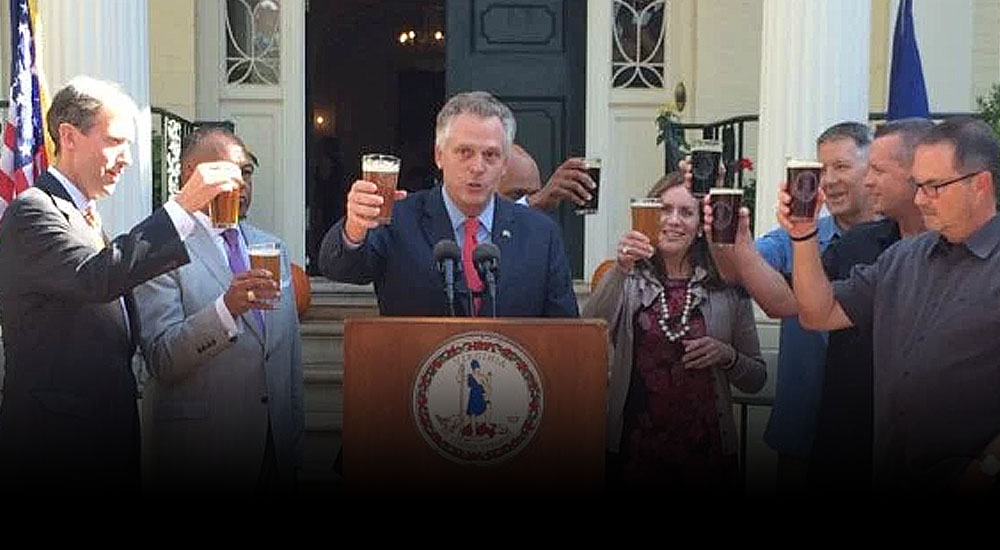 Will Gov. McAuliffe run for President?

We’ll soon know the answer to that question.Â  On Thursday night former Governor Terry McAuliffe was the speaker at Larry Sabato’s University of Virginia Center for Politicsâ€™ 20th Annual American Democracy Conference. (It’s nonpartisan, of course.)Â  McAuliffe said he would announce his intentions to run for President, or not, by March 31st.

Serious candidates, he said, would need to raise $50 million this year to be ready to compete.

He said Democrats need to stop making promises like free college for everyone and should focus instead on realistic goals to improve people’s lives. He cited job training for well-paying open positions as an example.

I’m all for aspirational goals,â€ he said. â€œIf you look at all the records we smashed here in Virginia, Iâ€™m all for it. Weâ€™re the first state to end veteran homelessness. We have the best education system. We really redid our state, but itâ€™s got to be practical, and itâ€™s got to be actionable.”

Fundraising has never been a problem for McAuliffe.Â  He was able to help the Clintons raise many millions of dollars.

The rest of McAuliffe’s speech was devoted to bashing President Trump.Â  You can read more of that here.Â