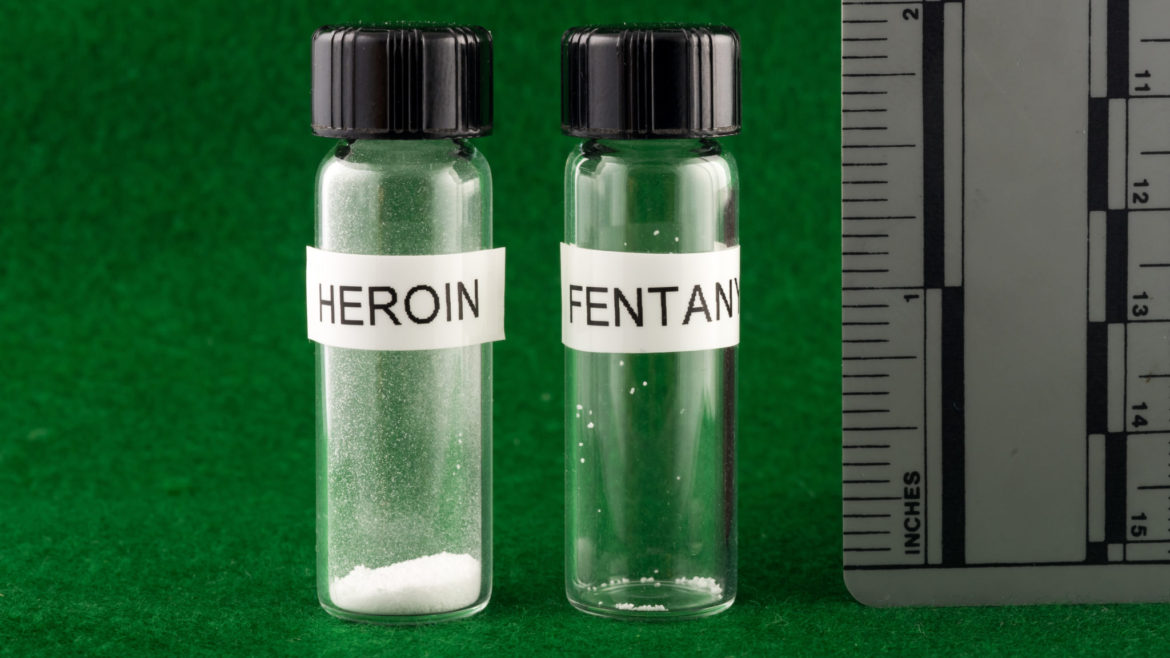 Will Medicaid expansion in Virginia make the opioid epidemic worse?

From the National Review online:

In 2015, the seven states with the highest drug-overdose death rates were West Virginia, New Hampshire, Kentucky, Ohio, Rhode Island, Pennsylvania, and Massachusetts. These states all have something else in common: All were among the 31 states (not including D.C.) that expanded Medicaid through Obamacare.

Ohio, which has enrolled more than 700,000 adults in its Obamacare Medicaid expansion, is seeing worse problems with opioids than ever before. This year alone, the state is on pace for more overdose deaths than the entire United States had in 1990, according to an Ohio county coroner.

It seems the overprescribing of prescription painkillers are fueling this epidemic and those on Medicaid are twice as likely as those with private insurance to be prescribed opioids.

The CDC’s own study of Washington State showed that a person on Medicaid was 5.7 times more likely to die an opioid-related death than someone not on Medicaid.

While our Virginia legislators believe Medicaid expansion will help curb opioid deaths, it may well result in the opposite, increasing opioid deaths in Virginia.

If lawmakers want to address the opioid epidemic in their states, they should focus on substance-abuse treatment for those who truly need it and are willing to accept it, rather than on maintaining the costly expansion of Medicaid to millions of able-bodied adults.

More here.  Why fentanyl is more deadly than heroin, here.

There is a lot of mis-information in this post Jeanine. To correct the most egregiously misleading things in it:

* the fentanyl referenced IS NOT prescription fentanyl… it is illicitly produced fentanyl from China and Mexico.

* The “crisis” does not appear to be an issue of more people taking illicit opioids… it is the same tiny sector of the population that every generation is messed up on something. Instead the “crisis” is heroin and other traditional street drugs being mixed with very deadly knock off fentanyl that has caused “opioid” deaths to skyrocket.

* While I am firmly against Medicaid expansion on the grounds that it is fiscally irresponsible and perpetuates dependency in people, the correlation between Medicaid and prevalence or opioid prescriptions and overdose deaths very likely runs the other way than you are stating. People who are disabled and in chronic pain, for instance, are much more likely to not have a job with private insurance (a situation that will only be made worse and widespread by the push to limit opioid prescriptions even for those who cannot function and hold a job without significant control of their pain). Addicts, too, are much less likely to hold a job and much more likely to be on Medicaid (at least in other states) so, again, I would expect that you would see higher death rates for Medicaid populations but that is nopt caused by them being on Medicaid.

Also something that gets lost in the debate, heroin is an opioid and most of the opioid dependence and addiction problem now and in the past is because to heroin use NOT prescription opioids.

And what might logically follow an expansion of, say, welfare funding? Oh, it already happened thanks to Obamacare.

You could always ask Norway, where everyone receives a government check. Trump likes them, too! In fact, Noways has so much money it gives hand outs to other countries to encourage development and trade.

Nothing like a handout rather than an hand up. Why who needs to be productive when you can just live off your oil revenue until it runs out. Even the Saudis know that something else must be done before the freebie of mother nature runs out.

The dignity and resolve of the Norwegian people in the wake of the attacks by Anders Behring Breivik in July 2011 was deeply impressive, but in September the rightwing, anti-Islamist Progress party – of which Breivik had been an active member for many years – won 16.3% of the vote in the general election, enough to elevate it into coalition government for the first time in its history. There remains a disturbing Islamophobic sub-subculture in Norway. Ask the Danes, and they will tell you that the Norwegians are the most insular and xenophobic of all the Scandinavians, and it is true that since they came into a bit of money in the 1970s the Norwegians have become increasingly Scrooge-like, hoarding their gold, fearful of outsiders.

Though 2013 saw a record number of asylum applications to Norway, it granted asylum to fewer than half of them (around 5,000 people), a third of the number that less wealthy Sweden admits (Sweden accepted over 9,000 from Syria alone). In his book Petromania, journalist Simon Sætre warns that the powerful oil lobby is “isolating us and making the country asocial”. According to him, his countrymen have been corrupted by their oil money, are working less, retiring earlier, and calling in sick more frequently. And while previous governments have controlled the spending of oil revenues, the new bunch are threatening a splurge which many warn could lead to full-blown Dutch disease.

Like the dealer who never touches his own supply, those dirty frackers the Norwegians boast of using only renewable energy sources, all the while amassing the world’s largest sovereign wealth fund selling fossil fuels to the rest of us. As Norwegian anthropologist Thomas Hylland Eriksen put it to me when I visited his office in Oslo University: “We’ve always been used to thinking of ourselves as part of the solution, and with the oil we suddenly became part of the problem. Most people are really in denial.”

Your liberal appropriation of someone else’s property — you plagiarized everything after the word Norway — is a contradiction with a claim on conservative property rights. It is funny you lifted it from The Guardian — its world view 180 degrees the opposite of yours — and that you did so without so much as attributing them to their author, a foreigner, Brit whose witty assessments drew a furor generalizing about people in the Nordics, which he declared the best place to live in the world and his current choice.

From Imprimus December 2017: Churchill was a lifelong opponent of socialism and bureaucracy. He saw in them a conscription of private resources that would undermine the ability of people to live freely and under their own command. If government deploys, directly or indirectly, more than half the resources in the economy, what place is there for ordinary people to control the government and to control their own live?

To you, the idea of a socialist society regardless of how constructed and supported is somehow an ideal – thus Norway which would be anathema to Churchill.

“To you, the idea of a socialist society … is somehow an ideal …” Obviously, you have no idea what I think, you plagiarizing, hypocritical fool.

And you cite Churchill, who reportedly said in 1948:

“The discoveries of healing science must be the inheritance of all. That is
clear: Disease must be attacked, whether it occurs in the poorest or
the richest man or woman simply on the ground that it is the enemy; and
it must be attacked just in the same way as the fire brigade will give
its full assistance to the humblest cottage as readily as to the most
important mansion … Our policy is to create a national health service in
order to ensure that everybody in the country, irrespective of means,
age, sex, or occupation, shall have equal opportunities to benefit from
the best and most up-to-date medical and allied services available.”

Do you think the UK socialist, or do you not? Do you think the single-payer NHS system a mark of socialism, or not? Churchill defined socialism far differently than do you, especially knowing he supported the NHS system, and no state in the West meets the radical definition you set-up as your straw man, as false as the claims you attributed to me.

All of the European social democracies are socialist, that is why they are being invaded. They share the Obama ideals of open borders to the world regardless citizenship, welfare regardless of its impact on its citizenship, and multiculturalism as somehow a valid replacement for citizenship. The very dark side of socialism is being exposed by the muslim immigration – the authorities are more concerned about people speaking the truth than about controlling the terrorism. (If I were a cop, I would be far more interested in handing out a summons to suppress dissent than having to deal with violence in the no-go zones.)

Your mention of the NHS is astounding. it is a costly failure and there are recent articles on the subject. For example, the stoppage of all elective surgeries because of capacity problems and in the recent past the Liverpool Care Pathway scandal. Churchill would be horrified by what has happened. I suggest you read the full Imprimus article since it is far too long to be posted here.

The definitions of totalitarian ideas hasn’t changed, only the attempts to hide what they using new words and appropriated words that have their meaning changed to confuse and hide reality.

“For example, the stoppage of all elective surgeries because of capacity problems…”

It is because an especially bad flu season has hospital resources stretched and it was a delay for some non-urgent elective surgeries. You know, the kind you can rarely get your private insurance company to cover at all.

The US is socialist. Your Virginia county is socialist, as is mine. They control water, sewers, schools, police, fire, building codes, health codes, own and control over 100,000 acres of otherwise private development rights. They provide for the general welfare, build parks and roads of all kinds. Land use is conditioned on social approval. No need to continue the list.

I mention NHS and astound you because Churchill argued for it, not against it, and disproves your claim that Churchill abhorred what you call “socialism.”

You are a Russian wind-up toy. They wind you up, directly or indirectly, and you do their bidding with falsehood after falsehood, all directed at false claims about democracies in the West and their choices.

Russians wants the West to close borders, restrict trade and the movement of people. Papers, please! Why? Because it’s an advantage the West has that can only be overcome by convincing the West to act against its own best interests.

The good news: You discredit only your cause, mislead only your crazy followers, and it proves counterproductive for the causes you claim as your own. You are TBE’s crazy uncle, the town fool. Enjoy the role!