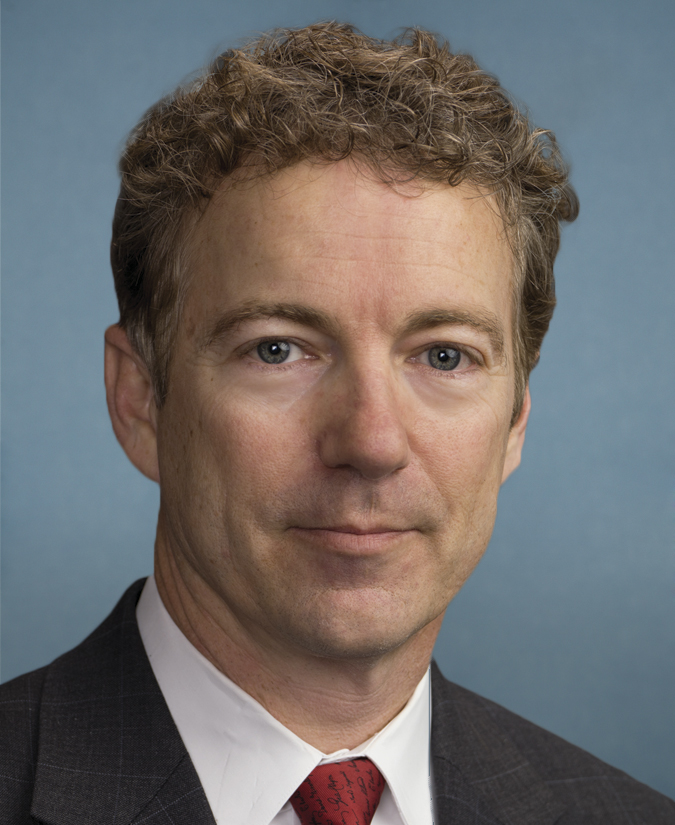 Will Rand Paul Get the Help He Needs from Young Voters in Virginia?

Or will defense heavy Virginia turn away from the man who some Republicans fear might be too much of an isolationist? [read_more]Pete Snyder, the Finance Chairman of the Republican Party of Virginia voiced his opinion on the Paul campaign in Virginia,

“Senator Paul has a strong following in Virginia, especially in grassroots and from younger voters, he has a terrific opportunity to do really well in Fairfax County, Arlington and Virginia Beach, where he can draw from a network of younger, more engaged and probably more libertarian-leaning Republican voters.

Evidence of that support was apparent last year when Pete Snyder and Cuccinelli held a party for Rand Paul in Arlington and 450 people turned out, largely younger people.

But Virginia has a heavy military presence and a large part of the civilian defense industry. Those groups tend to be less libertarian than Paul and less isolationist.  Larry Sabato, the director of the Center for Politics at the University of Virginia, refers to Paul as “relatively dovish in a hawkish party”.

“Rand Paul has been moving away from what some called modified isolationism, but Paul’s many opponents for the nomination are planning massive assaults to define him as outside the GOP mainstream,” Sabato said. “Whether that’s fair or not, it will have an impact.”

Ken Cuccinelli shared his concerns about the Paul campaign in Virginia,

“One of his biggest challenges is going to be to articulate an approach to the whole area of national defense, security and foreign relations. And then he’s going to have to convince enough GOP voters that his approach is worthy of support,”

Cuccinelli thinks Paul can garner support among Republican activists in Northern Virginia and Hampton Roads. Although Cuccinelli has not thrown his support to any candidate he has said he could ‘enthusiastically support’ Paul.

Will Rand Paul Get the Help He Needs from Young Voters in Virginia? was last modified: April 8th, 2015 by Jeanine Martin

Remember this is a commonwealth that elected both Jim Webb and Tim Kaine to the US Senate – both of whom are skeptics of neoconservative military interventionism abroad.

Any state that depends on federal military complex contracts for its economy should be ashamed of itself. The old economy is aging out, and i think Virginians of all ages like the civil and economic liberty message paul owns!

Ken Cuccinelli takes time out from counting the cash as President of the Senate Conservatives Fund PAC to ‘enthusiastically support’ Rand Paul. These two are a perfect fit both having the speciality of stroking the conservative base for cash and support while playing footsie with the establishment party leadership bashing conservatives every chance they get. In Cuccinelli’s case Carl Rove and in Paul’s Mitch McConnell. Are we ever going to wake up and see reality?

How are Cuccinelli and Karl Rove connected?

American Crossroads and Crossroads GPS which Rove was financially and politically connected with during Cuccinelli’s run for governor. Not only via direct campaign contributions but several private fund raisers were held in Northern Virginia by Rove and Bush partisans on the quiet (I had an invite to one of these meet and fork over minimum cash contribution events – which I politely declined although I was a Cuccinelli contributor at the time). This was with the complete acknowledgement of Cuccinelli and his campaign team and campagn manager Dave Rexrode, who he dumped 52 days prior to election day. I believe it was your own Ms Martin that posted an article indicating that implied Ken’s supposed “return” to the grassroots back then.

I have NO problem what so ever reasonably taking campaign funds where you can find them, but it was clear to me at least that Cuccinelli was playing both the east and west banks of the Potomac in the best “Cantorest” fashion. I emailed Cuccinelli inquiring about his mixed messaging and nary a word back ever from his campaign. Cuccinelli reminds me in many ways of Rand Paul, a man for all people and almost apolitical in many ways, a bad mix in my book. Funny though he loses a political run and ends up the President of a Republican PAC. Remind you of anyone? He’s not my cup of tea (pun intended).

I’ll verify that I found an overlap in donors to the Crossroads organizations and Cuccinelli’s campaign.

“I have NO problem what so ever reasonably taking campaign funds where you can find them…” You then conclude that Cuccinelli was playing the grassroots and the national Republican establishment in a Cantorest fashion. Cantor took money from the grassroots and then sided with the establishment. Cuccinelli was trying to be elected statewide and needed the financial support where he could get it.

I guess I just disagree. This is coming from a Cuccinelli and Paul supporter.

And relying on the “ganja vote” is simply bad strategy for anyone.

Come on Paul I don’t take you for a naïve, unsophisticated guy. Cuccinelli wasn’t in Northern Virginia with big contributor establishment Republican donors espousing the wonders of bedrock grassroots conservatism for their cash you know that and I know that. This is like a tolerance gauge regarding how much you are willing to put up with from politicians that speak out of both sides of their mouth. I admit I may be getting cranky on this issue with age but after 8 years of Obama I don’t believe we need any more individuals with these tendencies in the WH or acting as a self appointed spokesperson for Virginia conservatives..

Not from this young voter.

Look at it as a Republican demolition derby, ok?

In this derby, the last one standing, rattling, shaking, and foaming at the mouth, gets to run for president as a Wall St. liberal, big spending, Republican. A liberal who lied his ass off to the base to get where he is.

The Republican who won the derby is now on a totally divided front, and nearly totally destroyed. Better suited for a political coffin than a presidential race.

But do not worry, the Right owned and tilted, homo-lesbo controlled, press can do miracles with a political corpse. All in the name of ratings.

Screw the country, it’s all about the cabbage.

It was either lie to the base, or tell Wall St. what they could do with their cash. Which option do you think that they selected?

Meanwhile, Hillary is wearing a smile and high heels on a united front. Mentally picking the wall and carpet colors for her new White House, while lying her ass off to her base. Hillary high heels.

The question Republican’s ought be asking is will Hillary high heels let Bill run the country? Because if she won’t, we will be in some deep manure.

But nowhere near as deep as letting the Republican’s have control of all 3 branches of government.

Another Bush and there will not be anything left. Hillary it is.

Besides, will a little mustache, just who does Paul really resemble?

Paul is weak in character, in my opinion. Why did/does he feel the need to pander to minorities concerning voter fraud and amnesty. That really bothered me how he handled those two issues.

Simple answer? Yes…yes he can. I for one already donated to his campaign and I plan on doing whatever I can to deliver our Commonwealth to Paul during both the primary and the general election.