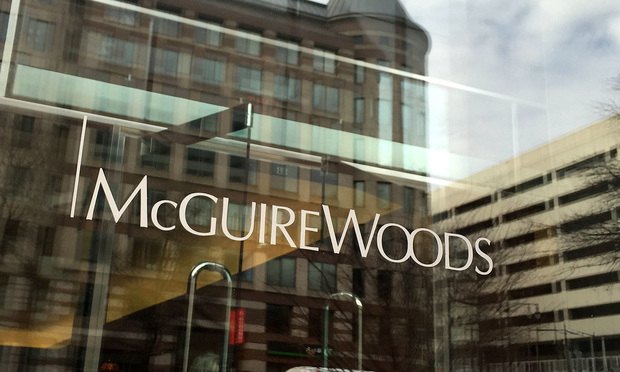 Will Richmond’s largest lobbying firm select the next delegate from the 97th District?

The contest for the Republican nomination in the 97th House District has been fiercely contentious from the outset.  One side began signaling its intention to derail the convention, even canceling it altogether, after it lost the Hanover County mass meeting on April 11.

Delegate Chris Peace’s campaign began looking for ways to cancel the convention within hours of losing Hanover.  For Peace, this is a matter of political survival.  Hanover’s weighted vote means that county’s delegation will cast 63% of the vote at the convention.  Because of the Wyatt campaign’s Hanover victory, that delegation appears positioned to deny Peace renomination.

First, Reynold issued a call for a meeting of the LDC – without consulting its chairman – for last Saturday.  Making the mistake of signaling their play to cancel the convention (and having their scheme reported by the Times-Dispatch), the 1st District Committee scheduled a meeting in the event an appeal was filed after the convention was cancelled.   So, Reynold changed tactics and the slow-walk to a convention cancellation commenced.

The reasons for not holding the convention have been coming fast and furious from a campaign that, ironically, calls its supporters “Peacemakers.”  They claimed the Hanover Mass Meeting wasn’t properly conducted (they’re appealing its result at a special Hanover County Republican Committee meeting Thursday).  With Reynold leading the charge, they’ve derided 97th Legislative District Committee Chairman Tom Miller at that committee’s meetings, doing everything possible to strip him of any authority.

They began contacting Hanover County Schools to question the suitability of the Hanover High School convention site.  That effort succeeded, getting Hanover Schools to ask the LDC to move the convention to nearby Atlee High School.  Then at Monday night’s LDC meeting, Reynold charged that the Committee never had a contract for Hanover High School in the first place.  A short while later, Chris Peace took to social media to proclaim, “CONVENTION AT HANOVER HIGH SCHOOL IS CANCELLED. Venue was never secured.”

Peace made the mistake of believing his own campaign’s spin.  As it turns out, Hanover County Schools confirmed the school was reserved by the LDC – and has been for more than two months.

Now, the challenges to the convention being promoted by the “Peacemakers” bear a striking resemblance to nitpicking.  Concerns about parking, bleachers, and checking accounts are being presented as insurmountable obstacles to holding a convention.  These spurious objections effectively serve the cause of the real goal: renominating Chris Peace at all cost.

McGuireWoods Consulting is a lobbying powerhouse.  Their willingness to step in and save Peace from the verdict of Republicans who filed to participate in the convention demonstrates their strong loyalty to a former employee.  But in running roughshod over 97th District Republicans, they have demonstrated their contempt for our party and its volunteers, voters, and activists.

Republicans who participate in our nominating contests will soon learn whether their voices carry more weight than the lobbyists who stroll the halls of the Pocahontas Building.  The 97th LDC meets again tonight.  If this meeting is anything like the last two, LDC Chairman Tom Miller will have his hands full. Reynold and fellow Peace supporter John Hubbard constitute a majority on the committee.  They can either commit to holding the convention or cancel it.

If it is cancelled, it will be a sobering lesson for Republican volunteers across Virginia.  Their views and their participation in our nominating contests only matter when they’re confirming what Richmond’s lobbyists want.  But then, most Republicans learned that lesson around this time last year, when Chris Peace and 22 other Republicans passed Medicaid expansion.

Will Richmond’s largest lobbying firm select the next delegate from the 97th District? was last modified: May 1st, 2019 by Guest Contributor Isaiah Knight

Isaiah Knight is the Chair of the Lynchburg Area Young Republicans, Virginia Families PAC, and President of media agency The Yummy Potato, LLC. He's a father of two children, Elijah and Hannah.

[…] newly minted 97th LDC rep then asserts control and calls for a special meeting to rescind the call for a convention less than one week before the convention is to take place. Why wait so long? […]

[…] which provided the vote to cancel the convention and replace it with internal party primary.  Here is how one GOP-leaning organ reported on […]